Secrets and Strategies for a Successful Crowdfunding Campaign 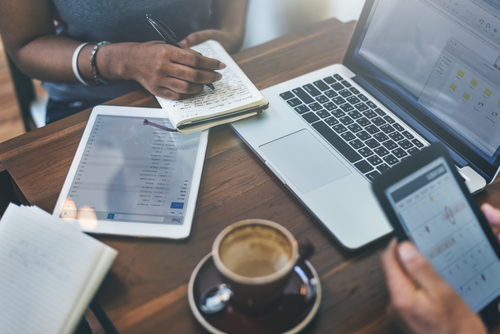 Project creators around the world aim to raise some serious dollars for their new product idea on Kickstarter or Indiegogo but fall short after launching. While there’s no true “secret sauce” to raising one million dollars, we’ve compiled a list of Kickstarter secrets, strategies and tips to put you in the best position possible for a successful campaign.

People often have a one-of-a-kind idea but have no clue that it already exists in one form or another. To begin your search, we suggest browsing through Kickstarter and Indiegogo to see what relevant campaigns have launched, what projects are currently live and what similar products are already available on the market.

Think: What problem are you trying to solve with your product?

While you’re researching, consider your product and ask yourself:

It’s important to ask yourself these questions for a few reasons. First, you’re setting expectations for yourself. If your product is only useful for a niche group of individuals, then you need to consider how you’ll appeal to that group when preparing for your campaign.

Second, you’re finding out where you fall within your direct and indirect competitors. You’re discovering how your product is better or different by comparing price points, evaluating what strategies worked and didn’t work for competitors, and taking note of any consumer feedback that may be available.

Next, let’s talk about dollars.

Did you know that less than 1% of all successfully funded campaigns on Kickstarter actually managed to raise one million dollars by the time their campaign ended? While the odds of you raising that much are slim, it’s not impossible. If there’s one “secret” to Kickstarter success, it’s that you can’t focus solely on the money.

Think: How much money do you actually need?

If you look at some of the most successful campaigns on Kickstarter and Indiegogo, the majority of them have a somewhat small funding goal. In other words, they didn’t list a one million dollar funding goal on their page.

You need to set realistic expectations. This goes for pricing your product, setting your funding goal, determining your advertising budget and more.

At this point, we already know that there’s a need for your product and what your competitor landscape looks like. So, crunch the numbers and give yourself a fair chance. Be sure to set a realistic funding goal that you know you can hit in a short amount of time to achieve that “fully funded” status, while being able to ship to backers, and build momentum for your campaign.

It’s time to prepare for your crowdfunding launch.

You’ve done the research and now it’s time to prepare for the upcoming campaign launch.

Think: How do you get people excited about your product launch?

You’re ready to start promoting your crowdfunding campaign, but you’re not sure where to start. Other than telling your inner circle about the upcoming launch, you need to start collecting high-quality assets to work with throughout the campaign.

High-quality assets include beautiful photos and an awesome campaign video. When you have eye-catching assets, people will click on your advertisement or click over to your campaign page. They will want to learn more.

When taking pictures for your campaign, consider:

When shooting your campaign video, consider:

It’s finally the big launch day. You’ve told everyone you know that you’re launching your product soon on Kickstarter or Indiegogo and you’ve started testing Facebook advertisements to get a feel for who is most interested in your product. You’re ready to share your product with the world.

Think: How do you build momentum once your crowdfunding campaign is live?

You’re live on Kickstarter or Indiegogo – now what? You’ve already shared the news within your network, including your family and friends. You’ve sent out a press release and started testing live campaign advertisements on Facebook.

Be engaging with your backers:

When you’re excited about your project, it shows. The more engaged you are with your community, the more momentum tends to build around a campaign, and your backers are more likely to share the project with their networks.

So, what’s the secret to a successful campaign?

It’s a marathon, not a sprint. The most successful Kickstarter and Indiegogo campaigns do their research, crunch the numbers and know their audiences. They don’t come up with an idea and then launch a campaign a few weeks later. They take the time to invest in their product, as outlined above, before sharing it with the world.

After all, if you don’t take the time and money to invest in your own idea, why would anyone else? The strategies outlined above are sure to put you in the best position possible for a successful campaign.

If you’re looking for help executing the strategies above with a team of seasoned crowdfunding experts, get in touch with us today!