How Much Does it Cost to Run Crowdfunding Campaigns? 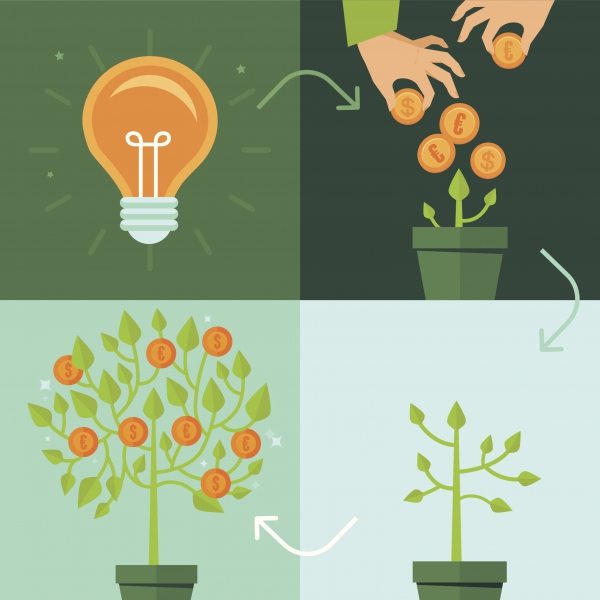 While crowdfunding campaigns on platforms like Kickstarter and Indiegogo are seen as ways to bring in money, any good entrepreneur knows that you need to break a few eggs if you want to make an omelette. If you want to launch the next great consumer pr …

While crowdfunding campaigns on platforms like Kickstarter and Indiegogo are seen as ways to bring in money, any good entrepreneur knows that you need to break a few eggs if you want to make an omelette. If you want to launch the next great consumer product, make sure you budget for the following things to ensure you can afford the entire process.

Getting ready for the campaign and getting a prototype, if you need one

Anyone looking to back a crowdfunding project wants to know what they’re getting into, and this step has become even more important with the addition of rules on the more popular platforms that require the project creator to show a functioning prototype in order to protect their backers from a bait-and-switch.

You’ll need to consider a few steps to get a prototype made, depending on how far along you are as well as what skillset you have and what equipment you own.

The first step in bringing your idea to life is to hire a product design company to create a 3D rendering and specifications for the parts that you need. In order to source a good company, ask around in your local startup group to find the most reputable one, or reach out to a group of crowdfunders online on LinkedIn or Quora to point you in the right direction. Some product design companies will have a 3D printer as well, allowing them to create a tangible rendering and make prototype changes on the fly.

It’s become more and more common for products to launch on Kickstarter with only 3D printed models for reference, but having a set of actual samples from a manufacturer will give you three advantages:

The photography and videography you produce for your campaign could not be more important. Besides having a disruptive product (and a great marketing team) – there is arguably no more important aspect of a campaign than having top-notch, professional creative assets.

Keeping in mind this is your public debut and you want to put your best foot forward, it’s critical these assets are compelling and high quality.

While there are a number of low-budget options to source creative assets, we do not recommend cutting corners in this forum.
Also keep in mind the industry you’re in and the competitive landscape that’s out there as there may be certain things you have to do. (For example – outdoor products generally need to be shot outside and thus require larger creative investment.
In our experience (and for the work we do) a $10,000-$20,000 budget for professional photography and video work should move the needle. Ideally, the content produced is as evergreen as possible thus extending the longevity of these assets.

You’ll want to get the following three types of photos:

You can read more about the importance of good images on a crowdfunding campaign here.

In terms of the actual content that you want to consider for your video, we’ve already written about creating the perfect Kickstarter video here. For the purposes of this blog, you’re going to want to hire a solid videographer, preferably one who works with startups, products, or crowdfunding campaigns. Photos are something that you could potentially do yourself, but don’t try to skate by on a webcam video or with iPhone product shots. You want to hire someone who can craft a narrative, explain a problem that your target market has, and sell your product as the solution. A good videographer is also a great storyteller, and that’s what you’re ultimately paying for.

Expect to pay: ~$10,000 – $20,000 depending on where you live. LA and NYC videographers charge a premium over videographers outside of the major startup hubs of the country.

Factor in the potential benefits of trotting your prototype out in front of your intended consumer at a trade show in your vertical. For electronics, the granddaddy of them all is the Consumer Electronics Showcase in Las Vegas, better known as CES. The prices to travel to these shows, rent a booth space, have a display developed, and other costs you’ll incur is too varied to give a range. But understand two things: first, anything like this is going to be expensive to attend and second, the conversion rate from an in-person event to a crowdfunding backer is very low for the money. While they’re a great way to make industry contacts and meet bloggers, this shouldn’t be a financial priority if you’re not working with a sufficient amount of capital.

Expect to pay: varies too much.

We have found Facebook Advertising to be a remarkably effective way to build an affordable group of highly-targeted supporters in advance of a Kickstarter or Indiegogo campaign that are likely to back your project on day one. Additionally, Facebook has made it harder and harder to beat their algorithm organically, so you’ll need to pay for eyeballs once your campaign is running as well ensure that these people see the content that you want them to see.

Expect to pay: 10% of the amount you’d like to raise

Getting your message in front of bloggers is important, and one of the best ways to hit a number of them at once is with a press release distribution. You don’t want to use it is a spam technique, or a spray-and-pray technique, but getting a release on the wire is a good way to get more eyeballs on your release. For the purposes of pricing it out, avoid the cheap release distribution sites and opt for a reputable wire that journalists and bloggers subscribe to, like PRWeb, PRNewswire, AP Newswire, and Businesswire.

Expect to pay: $300+ depending on platform and distribution options.

Hiring a Kickstarter marketing expert can be a great advantage, whether this is your first campaign or you’ve run campaigns in the past. A dedicated agency can open up additional skillsets like a graphic designer, dedicated PR person, or website developer for one fee as well. The most important consideration is that an agency that has run a large number of campaigns likely has relationships with bloggers that will also be interested in your product, they’ll have a lot of empirical knowledge on what messaging does and doesn’t work, and they may even have access to identified crowdfunders who have backed other projects in the past. Additionally, an agency can take a huge amount of work from you by running your social media campaigns and reaching out to bloggers, freeing you up to pursue aspects of running  the campaign. The agencies at the top of the game have a variety of different pricing structures that vary too much to provide a range, but expect to spend a good amount of money for a reputable company with a winning track record.

Prepare to pay the following fees following a successful campaign:

There’s more than just payout amounts to factor in when trying to decide between Indiegogo and Kickstarter. We recently wrote a more in depth article that compares Kickstarter vs Indiegogo.

During the process of sourcing a manufacturer, you should know how many units you’ll need to order in a minimum quantity, so you should have that figured out already. After you’ve run a successful campaign, you’ll also need to pay for packaging design, shipping, customs (if applicable), as well as the production and shipping of any ancillary rewards that you need to have produced like T-shirts or stickers. Your cost here will depend widely on what you’re running a project for, but it’s extremely important to figure this out as the baseline for setting your funding goal. Be especially aware to factor shipping in to your reward price so that you can calculate your overhead correctly.

Bonus: What you shouldn’t pay for

There are a number of scams out there that try to take your money in exchange for more eyeballs, but keep an eye out for these as they pertain to Kickstarter and Indiegogo campaigns.

So as you can see, running a crowdfunding campaign can be very expensive. Luckily, you can adapt this formula to figure out what your goal should be in order to cover your expenses for getting your campaign running. I’ve included an example below:

With over six years marketing crowdfunding projects, Enventys Partners is one of the largest and most experienced product launch companies in the industry.