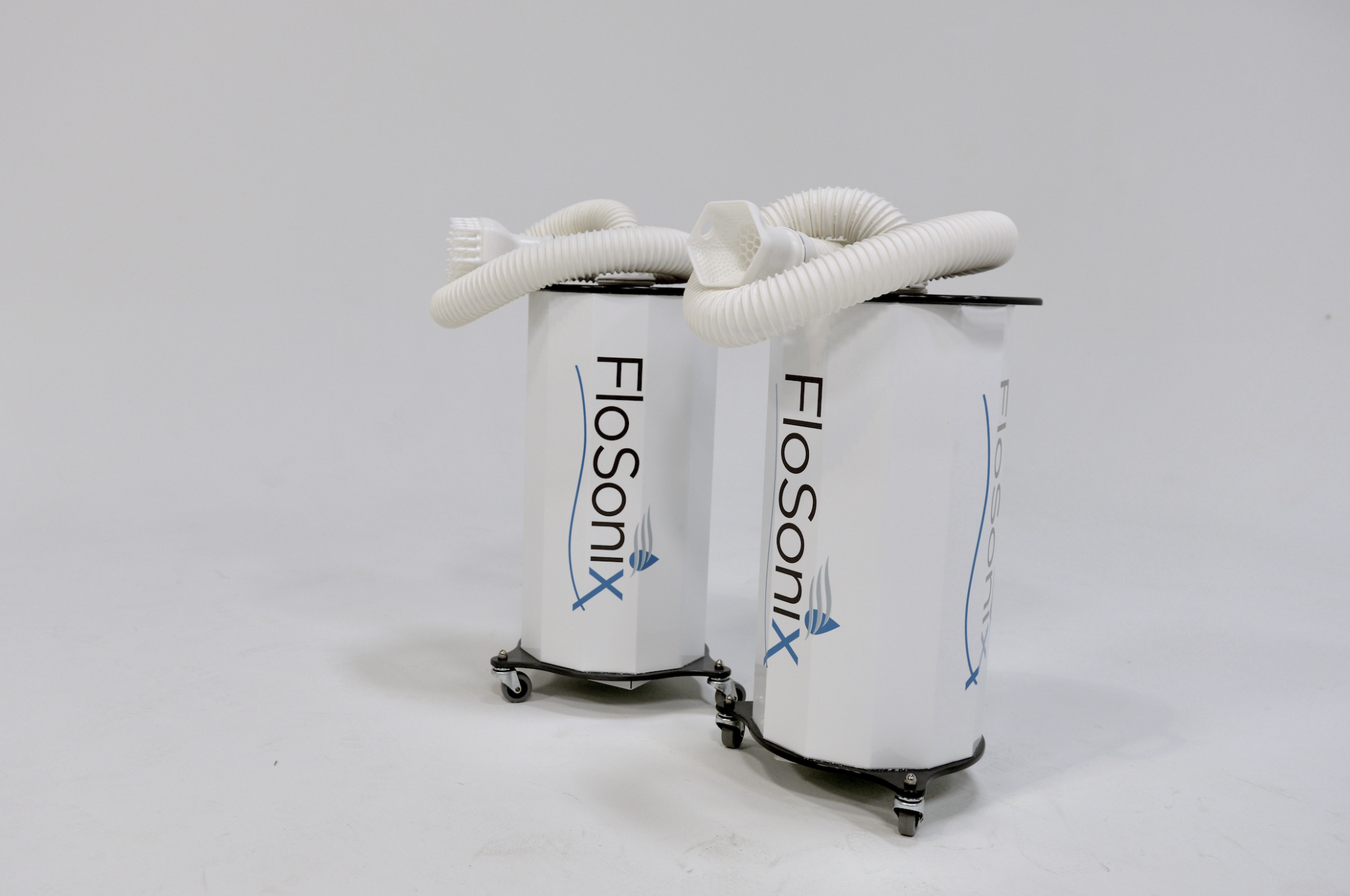 The team with FloSonix, a lice desiccation device, had a list of unique mechanical and electrical requirements. Enventys Partners took on the challenge and even used additive manufacturing, specifically with the Origin One 3D Printer, to help bring this product to life.

Until Sheila Fassler came to Enventys Partners looking for help with the FloSonix lice desiccation device, I had no idea how prevalent and how much of a problem head lice infestations can be. Of course, it is embarrassing to be infected with lice, but the effects are much greater than just a blow to the ego.

These small insects nest in the scalp and suck blood from the host human, causing itching which can lead to sores and scabs. Lice eggs are laid at the base of hair follicles and the sticky egg sacks can glue the hair together, making it nearly impossible to comb.

Why Over-the-Counter Isn’t Cutting It

There are also psychological effects, as infected children can show increased signs of depression and decreased school performance due to the stigma of the infestation. While there are over-the-counter treatments available at local drugstores, they often provide only a temporary slow down to the lice but can fail to eradicate them. So, a small case of lice can easily slide into months of infestation.

Sheila and her team at Pediatric Hair Solutions, based in Charlotte, NC, own a number of lice clinics in the southeast and have developed a two-step solution that has been proven to kill both active adult lice (louse) and their eggs. The treatment starts with the FloSonix pretreatment solution, which is a non-toxic liquid applied to the scalp that suffocates and kills the louse by clogging their respiratory system.

Then patients come into the lice clinic where technicians administer a 40-minute treatment with the FloSonix device that blows controlled-temperature warm air onto the scalp to dry out the lice eggs, causing them to crack and die. By treating both the louse and the eggs, they are able to effectively eradicate infestations without growing back. 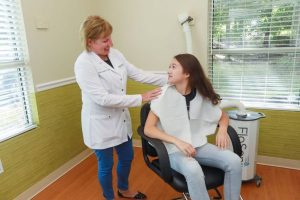 FloSonix founder, Sheila Fassler, with the FloSonix device at one of her lice clinics.

Though the device was capable of successful treatments, the FloSonix team came to Enventys Partners because it suffered from a few nagging issues.

The device was controlled with an Arduino which had trouble operating for long periods of time in the heated environment and would periodically lose its programming. Since the air temperature at the output of the hose is crucial to the efficacy of the device, they wanted tighter control of the temperature for more consistent treatments.

Not only did the user interface need to be upgraded to something more modern from the mechanical dial it was designed with, but they also wished the device’s head was more ergonomic for the technicians. Additionally, Sheila and the team wanted a blower with a brushless motor, instead of a brushed motor, to cut down on particulates and maintenance. With these functional design requirements in hand, the EP engineering team started improving on the mechanical and electrical side of the product. 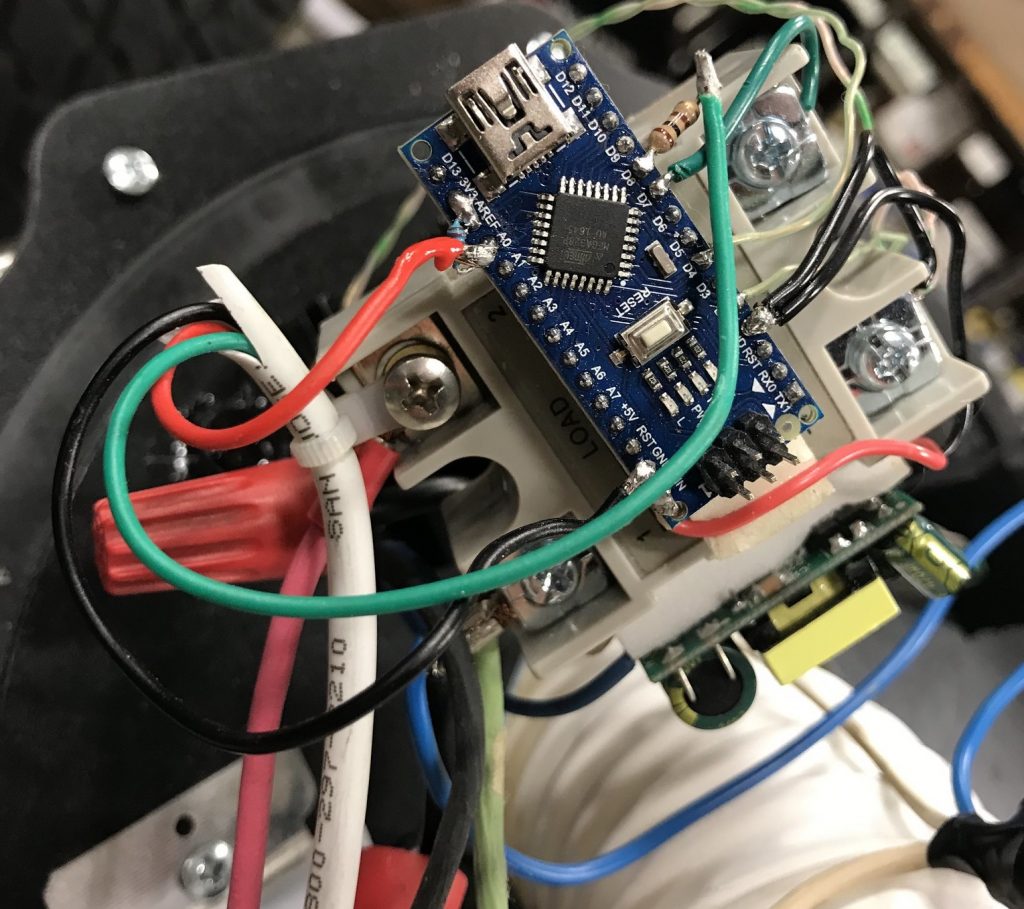 The original Arduino microcontroller was replaced with a Particle Photon and all-new circuitry.

Since most of the issues were related to the electronic system, it was completely redesigned from the ground up. We replaced the Arduino with a Particle Photon WiFi-enabled controller which gave FloSonix IoT capability. This allowed us to send performance data to a database and monitor its health as well as update the firmware remotely. For tighter temperature control for the air, a whole new control circuit, which included a touchscreen interface, was designed for the brushless motor.

While the form factor of the device stayed the same, the mechanical systems were also given a boost. Our team designed a brand new head to distribute air more evenly on the scalp as well as made the hose and tips more ergonomic and easier to install. Once the design was complete, ten of the new spec units were built and distributed to clinics in the Carolinas, New York, and Indiana for testing. 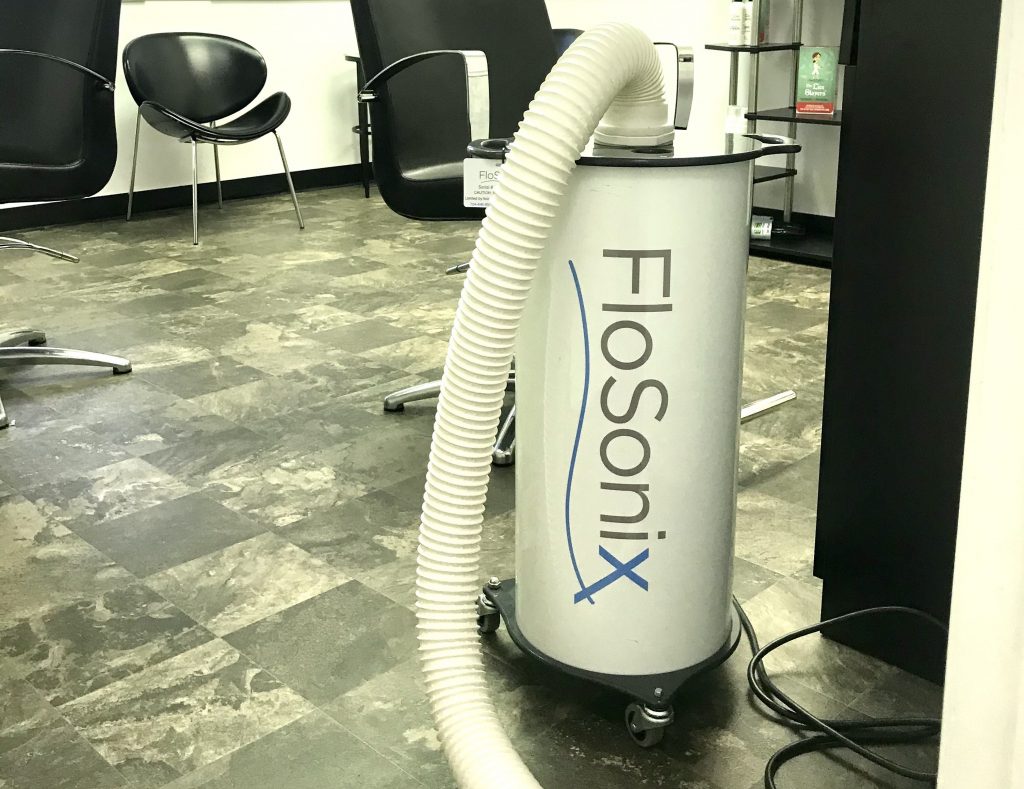 One of the original ten FloSonix units being tested in a clinic.

After a year of field testing the first ten units, the team made a series of final design refinements before manufacturing. A key issue was the weight of the unit. The initial device bodies were made from large PVC tubes that were thick and heavy. To make FloSonix lighter but still rigid, the body was redesigned to be a series of bent aluminum parts.

The circuit was also modified to have additional diagnostics and backup sensors to add more robustness in the field. Additionally, the firmware was modified to allow over-the-air (OTA) updates through the touch screen.

Finally, our team added a simple app to allow users to change the WiFi credentials on the Particle Photon inside the device. After verifying the changes with a final round of prototypes, the new FloSonix was ready for production.

The production of the FloSonix device is done at the Enventys Partners facility. The units were purposely designed for low volume production since the initial manufacturing quantities would be in the hundreds for relatively large devices. For this reason, many of the plastic parts were designed for 3D printing including parts in the high heat areas. Requiring unique properties, these parts had to be tough, heat resistant, highly aesthetic and sterilizable. This made it a tough challenge to find appropriate additive manufacturing equipment and materials.

Fortunately, Enventys Partners was able to leverage Stratasys Origin One 3D printers for the job. Two machines were installed in the FloSonix manufacturing area and run for more than 20 hours per day using specially-formulated materials from Henkel. Printed parts are mated up to the rest of the mechanical and electrical subassemblies. The final assembly of the device was done in a secure area and each device was put through more than an hour of rigorous QC testing. This was to ensure proper performance before shipping FloSonix to end customers. 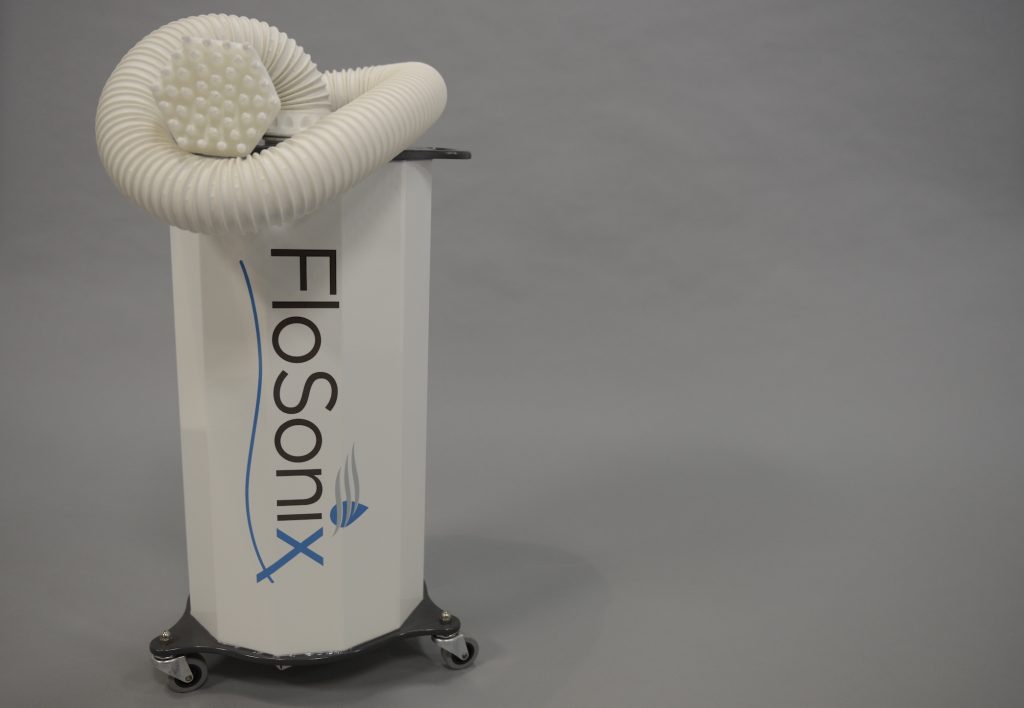 FloSonix units are now being distributed to lice clinics around the country, and end-users are ecstatic about how effective it is in killing lice as well as how easy it is to use. Despite the successful rollout of the first generation of the FloSonix device, development has not slowed down. The firmware that controls the device continues to be fine-tuned with periodic updates being pushed to the devices in the field. Furthermore, a cellular-connected version is due to launch in 2021.

The FloSonix program is a great example of how the Enventys Partners development team can level up an existing design as well as develop a great solution for right-sized manufacturing. Reach out if you’re in need of our capabilities from research and design to manufacturing and marketing.