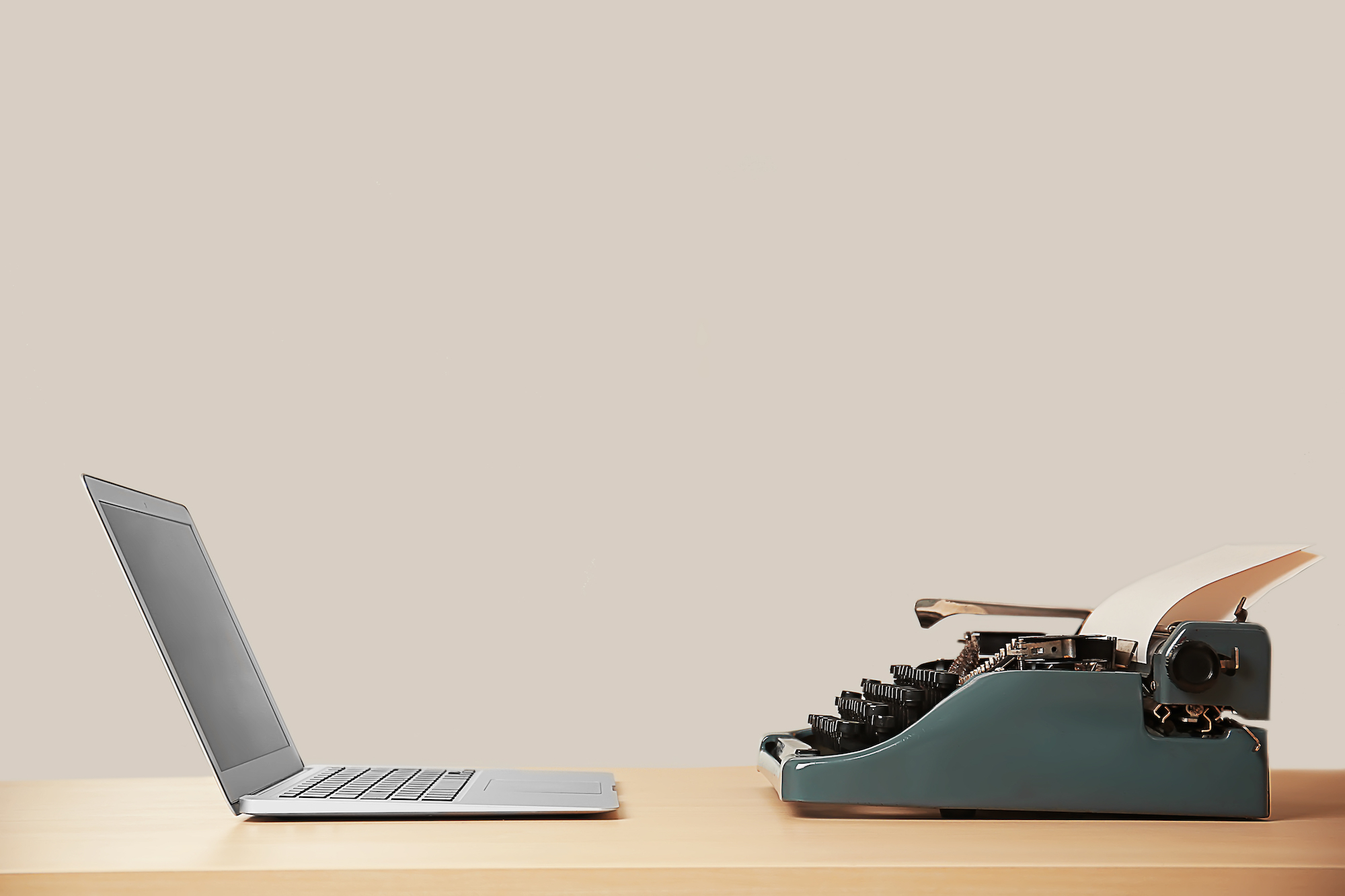 A typical story arc and the process of prototyping are essentially the same thing—the exploration of an idea. Enventys Partners explains how proper product development follows Freytag’s Pyramid of storytelling, also known as the dramatic structure.

Books, movies, plays and prototypes are essentially different versions of the same thing—an exploration of an idea. Like a director or novelist, the prototyper must control how the idea unfolds and use the right tools at the right time to achieve the desired result. Just as Freytag’s Pyramid defines a typical story arc—a gradually peaking and then descending model that includes the sequential stages of exposition, rising action, climax, falling action and resolution—prototyping phases typically follow a similar pattern with well-known techniques and processes. Unless you are taking an avant-garde approach, here are those five main stages adapted for the prototyping story.

The exposition in Freytag’s Pyramid is when the story introduces the setting, main characters, point of view, etc. Here, the author builds the world where the action and drama will take place and sets the scene that will inevitably lead to the plot of the story.

Starting with an idea, prototyping is the desire to figure out whether that idea will work. This first stage of prototyping is often called concept modeling, as the product or aspects of the product are being explored to see if they are conceptually on point.

Just as the exposition reveals important qualities of the characters, early prototypes start to reveal the characteristics of the product. Although they may be simple and made from inexpensive materials, they show the most important aspects of the product and are often when the most patentable ideas get revealed.

Don’t Spend Too Much Time Here

A story’s exposition isn’t meant to be long, so as to not lose the audience. The same goes for creating concept models—the key here is speed.

At this stage of the development process, it is important to keep ideas and concepts flowing, so the prototyping techniques need to support that. You should not spend inordinate amounts of time building complex CAD models, and 3D printing is often too slow and cumbersome for this activity. Keep the models low budget and easy to make so that you can iterate quickly.

Everything Doesn’t Need to be Fabricated Yet

With fast prototyping tools and techniques, you should make concept models using simple materials. Since the goal is to test the core product’s functionality, concept models don’t have to look like a finished product ready for a store shelf. Because of this, these models often have a Frankenstein quality. Inexpensive materials such as cardboard, sheet plastic and PVC are all great material choices; harvested components from existing products can help provide sources for more complex components that are hard to make quickly.

It’s a good idea to make concept models from simple tools you have around the house like drills, saws and Dremel tools. However, more advanced tools, such as laser cutters, can be of great benefit here because they can quickly cut custom, two-dimensional shapes from inexpensive materials.

For electronics, Arduinos and similar development boards are your friends. They are easy to program, and there are a plethora of examples available to reference. In the end, a concept model can be too big and too ugly, but it has to work well enough to prove the innovation is viable.

The rising action of a story contains the events leading up to the climax of the story. As the suspenseful part of the play, book or movie, rising action is where the characters have to face conflict.

Just as the story starts to get interesting in the rising action, so does the product in the alpha prototype since this is where it looks real for the first time. The alpha prototype marries the technical DNA from concept modeling with the aesthetics developed by the industrial design team.

Map Out the Details First

For this round, the prototype is fully designed using CAD (computer-aided design) software before any parts are made. There are often great challenges in persuading the technology to fit within aesthetic housings, so CAD is necessary to work out those details before spending time and money building the prototype.

Build Up As Much As Possible

For products that have electronics, this is the first time custom-designed circuit boards are developed for the product. Developer kits are usually too big and too expensive to design into the final product, so circuits are designed with functionality and cost of goods in mind.

No more duct tape and hot glue for this prototyping stage. Most of the plastic parts are made on 3D printers because they are fast and inexpensive for small quantities but can also be machined if the plastic must have specific properties. Metal parts are machined, and elastomeric parts can be molded in low volumes relatively inexpensively.

Printed circuit boards are made by a board prototyping service with the parts ordered and populated in the prototyping lab. Then the components are assembled by hand by shop technicians and engineers to assess the fit and finish.

Spend the Most Time Here

Because this is the first time the product has been built in the scale and shape of the proposed final product, the alpha is a workhorse. It takes on hours of testing and may be subject to swapping out different components and modifications to learn as much about the design as possible.

The climax is the point of highest tension and drama for which nothing will be the same after. This point in the story is the most intense, exciting or important.

As with the climax, the stakes are high for the beta prototype. This is typically the last prototype before transferring the design to manufacturing. All of the lessons learned from the alpha are incorporated into the CAD design, and the model is tuned to be prepared for manufacturing.

The Most Important Part to Get Right

The molded parts are drafted (given angled faces) so they can be removed from the molds, and sourced components are added wherever possible. The design is optimized for a low cost of goods—including removing or combining parts to reduce the overall number of parts—and the circuits are optimized for manufacturing.

The Point of No Return

The prototyping processes are typically similar for the alpha and beta, but more time is spent making the prototype look like a finished product. Parts are sanded and painted in the color scheme of the product; decals are added where logos may be pad printed on a final product. The result is a beautiful prototype that looks and works like the final product.

The falling action is the phase of the plot in which the tension coming from the central conflict decreases and the story moves toward its conclusion.

Just as the falling action ties up loose ends in the story, so do the factory samples in product development. Once the design is completed it may feel like prototyping is over, but there are multiple iterations during the manufacturing process.

The Final Solution Is In Sight

At the start of manufacturing, tooling (molds) is cut from steel or aluminum and the plastic injection-molded parts are made for the first time. Circuit boards are manufactured and populated by pick-and-place machines, and machine is soldered to ensure accurate placement of electronic components.

Then the product is assembled on a prototype production line setup to verify the assembly process. The first unit built from the production setup is called the T1 sample (T stands for “tooled”) and is a prototype of the manufactured good.

Conflict Isn’t Over Yet

The T1 samples have a reputation for being pretty rough since the factory is just learning how to build this new product. The tooling is not usually polished or textured, so the parts can look unfinished. However, after each tooled sample, the issues are documented and sent back to the manufacturer. After a few iterations, the product gets better and better until it is good enough to be released as the specification for the manufacturing run.

The resolution is the end of the story where the protagonist achieves their goal and, after conflicts are resolved, the characters resume normal life.

Just as the resolution is a story’s ending, the product being produced in mass quantities is where the prototyping journey is complete. However, this does not mean the product is perfect or that there is not work to be done.

There’s Always More to Do

It is important to set up a robust quality control procedure to ensure that the products are meeting the standards and tolerances so carefully refined during the factory sampling phase. If there are critical components, they cannot change in the middle of the run and risk having defective products in the marketplace.

Also, each product that is sold and finds a home with an end user is an opportunity to gain feedback on the device. It is important to listen to customer feedback and reviews to understand how the product is being used (or not used) so that future iterations can be updated or improved. You may find that customer feedback sparks an idea for your next product.

The prototyping process is like a good book or movie. It may start slowly and innocently, meandering along before ramping up in complexity with conflict and plot twists before all is harmoniously revealed in the end (or not). Reach out to Enventys Partners if you need help getting your prototype’s story to a resolution.