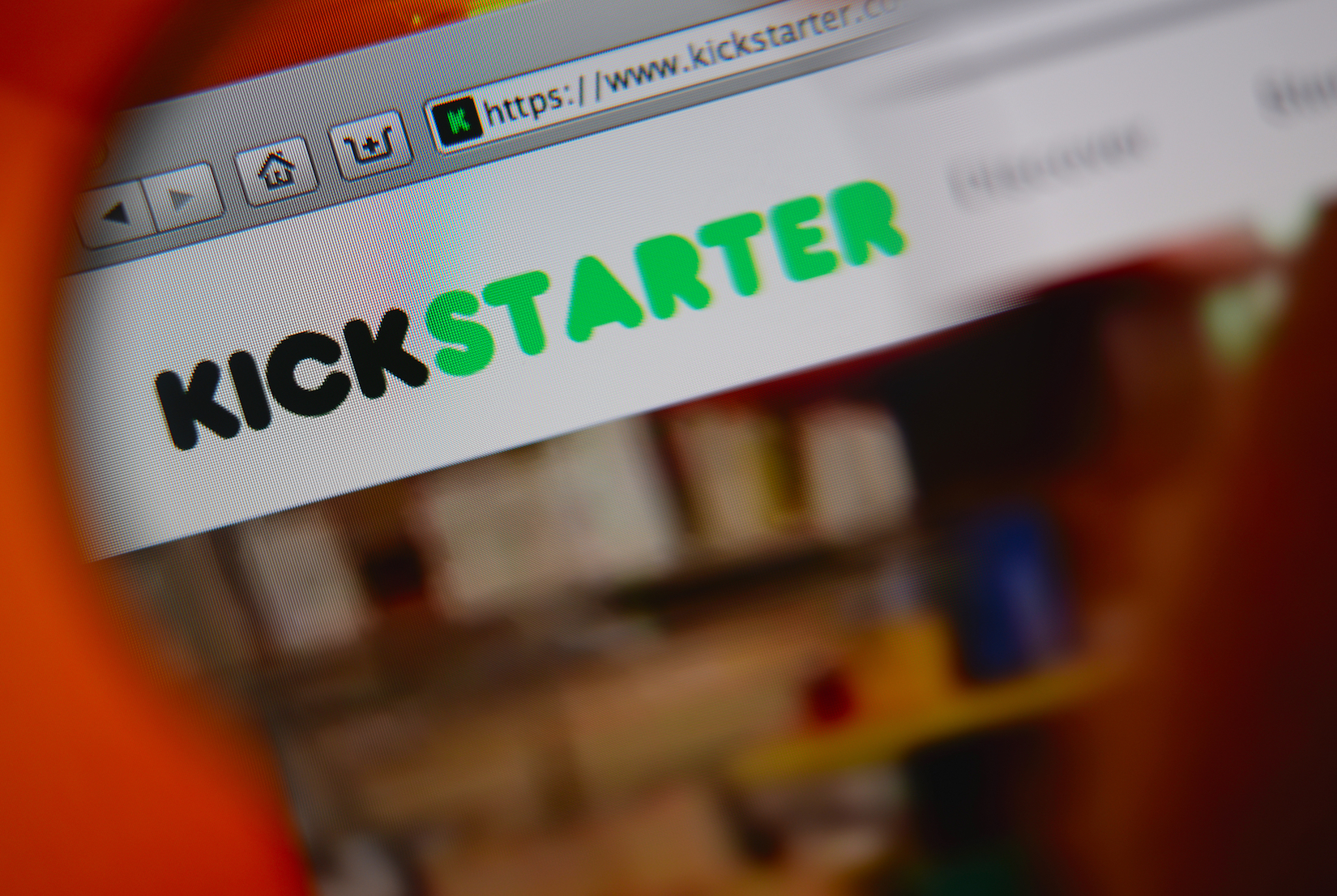 If you’re running a Kickstarter campaign, it’s important to market your idea so it gets the maximum number of backers. However, before you even get started with your project, you should plan ahead. Here are some of our top tips for marketing a crowdfunding campaign.

10 Tips For Marketing Your Kickstarter Campaign

1. Make sure your idea is a good fit for Kickstarter.

…or crowdfunding in general. Kickstarter may seem like a great place to make a quick buck, but not all ideas are cut out for crowdfunding. Do your research beforehand on sites like Kicktraq or BiggerCake to see if other people in your niche have had success on any of the big crowdfunding sites. Kickstarter markets itself as a place for artists and creatives to come together and make great things, but the biggest Kickstarter campaigns typically fall in the Games, design and technology categories. When you look at the average amount raised per successful project in each category, you can begin to see that well-designed products raise more money and attract more attention than the multitude of people rushing to Kickstarter to raise money for intangibles.

Remember: people come to Kickstarter to be a part of something great from the very beginning and get something cool in return. It’s important to offer enticing rewards for backers as a “thank you” for their support. While we highly recommend straightforward product-centric rewards, you can offer multiple units of your product or even an experience reward where backers can have a unique interaction with you or your product.

Price your rewards correctly. Do market research, figure out your ideal margin and set a price. Many projects may offer lower-level rewards with novelty items such as stickers, t-shirts, hats and other SWAG. While this may help some projects, it won’t rocket your project to huge success. Adding these “SWAG” rewards also pushes your main offerings (aka your product) further down the page. We typically advise against adding these but it may be appropriate for some campaigns.

This has become increasingly important over the years as Kickstarter continues to adapt to the ebb-and-flow of the crowdfunding sensation. To help protect creators and backers, Kickstarter has a number of rules prior to launching a campaign and holds project creators responsible for communicating important milestones, especially potential delays, to their backers. Bottom line: read Kickstarter’s guidelines carefully, and read them again before you submit your project for review.

4. Set your goal as low as possible.

…but make sure that you can still finish your project. Don’t get greedy and here’s why: Big-budget projects with a huge goal set by a creator merely trying to turn a profit are rarely as successful as creators with a modest goal and a great idea, because the backers in the first example are gambling on whether or not the goal will be met. Once the goal is met in the modest example, the project becomes guaranteed to be made, which will draw an additional audience of backers that were waiting for just that guarantee.

Consider a few different funding goals: a minimum goal to produce (on the campaign page), an aspirational goal that would be nice to hit, and a maximum goal where you can no longer handle the pre-order volume. Having these numbers in mind before launching your big idea will help you determine a reasonable and transparent funding goal.

Let your product take the spotlight and keep it under three minutes. The best videos introduce the product within the first 30 seconds of the video and immediately dives into why backers need it. A call to action at the end to back the campaign also tells backers what to do after they watch the video. We also suggest adding on-screen callouts throughout the video to highlight key features should someone watch the video without sound.

Public relations used to be a key component of any successful Kickstarter campaign. That’s changed over the years. Press coverage has been harder to secure for crowdfunding campaigns due to the uncertainty of fulfillment.

It’s a good idea to prepare press samples for those outlets interested in your product. Research campaigns in the same space and look at what their key differentiators are. Look at the outlets they were covered in. Consider the angle the journalist(s) used when sharing the product with their readers. Do some research, thoughtfully choose a few top tier outlets to pitch and offer them a sample to test out for themselves. There’s no guarantee they’ll cover it, but then again, you may be surprised.

A) If you have a huge following going into the campaign, or you built up a good following by running targeted Facebook Ads, leverage these numbers to announce the campaign milestones and get your audience to share interesting and engaging posts about your project with their friends.

B) If you’re starting from scratch, you’ll need to build a fanbase by driving people to your social media channels from your Kickstarter project. Tell people in an update that you’re maintaining a Facebook Page and that they can follow you there for exclusive updates on your project.

If you have to pick something to focus on, focus on your PR efforts. Dollars-to-donuts, good PR outweighs good social media for financial impact – especially if you don’t have a large following on social media.

8. Hold something back as an upsell or a stretch goal.

If you’ve spent any time on Kickstarter, you know that a stretch goal is basically an informal second funding goal at which the creator will add new accessories, colors, features, et cetera. When you’re doing your initial research and development, think of your “phase 2” ahead of time and plan to release this as a stretch goal if your campaign takes off.

If you have an accessory that you can easily add, think about offering it mid-campaign as an upsell for your existing backers. It will typically perform better as an upsell than if you had added it initially, as you have a captive audience to market it to using Kickstarter updates. Alternatively, you can engage your new community of backers by asking them what they’d like to see. Your backers already love your product so their ideas may be worth considering.

10. If you have the time, look in less obvious places.

Press outlets, Facebook and Twitter are great Kickstarter marketing basics. But if you have the time to use additional avenues, take part in online conversations in LinkedIn Groups, on Quora, private Facebook groups, and in forums for your niche as well as for crowdfunding. Every little bit helps, so leave no stone unturned.

Use the areas Kickstarter has given to you to create additional calls to action – add “back now” buttons throughout your page and include social sharing links at the bottom of your project.

Prep before you launch with Enventys Partners.

There is a multitude of factors to consider before, during and after your crowdfunding campaign. From development to planning to promotion to fulfillment, it will be one of the busiest periods in your product’s lifecycle.

If you need help with your Kickstarter marketing initiatives, reach out to Enventys Partners. We’ve worked with a wide variety of projects in every category and have the experience to help you succeed.