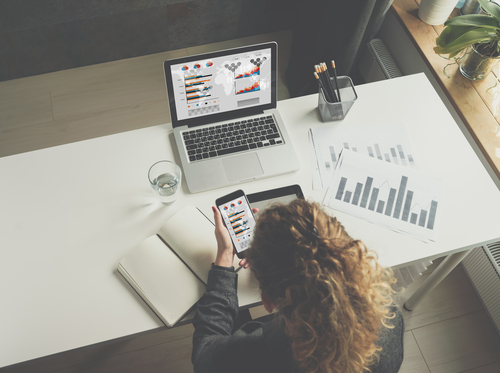 Since studies have shown that 51% of Facebook users say they’re more likely to buy a product after becoming a fan of the product’s Facebook page, getting that fanbase established from the beginning is an essential part of getting your project funded.

One of the biggest questions to consider when you’ve decided to launch a crowdfunding project is “Can I advertise my project?”  You can absolutely advertise your project but you do have a limited platform.  Both Google and Bing have restrictions against ads requesting donations or fundraising, unless you are an approved non-profit, and this extends to crowdfunding campaigns and projects.  Facebook Ads are one of the only large-audience options available for sending traffic directly to your project.

Many industry experts generally recommend 1-3 months of advance social media build before launching a crowdfunding campaign.   Since studies have shown that 51% of Facebook users say they’re more likely to buy a product after becoming a fan of the product’s Facebook page, getting that fanbase established from the beginning is an essential part of getting your project funded. In addition, most funding comes in the first and last 48 hours of a project’s lifespan, so the larger the audience you have to pull from, the better your chances of meeting your goals.

We usually break ad campaigns into two phases: Pre-Launch and Launch. In both phases, ads are tweaked and refined – for example, if ads are not getting clicked by women ages 35-44, then retarget the ad by eliminating that demographic so your ad dollar is being used more effectively. Keep reviewing Page Insights as well, as this will also help identify that crucial target audience, based on the demographics of the people who have liked your page.  It’s also important not to cave in to the temptation to buy a large number of page likes, as this will negatively impact any information you’ll need to rely on to target effectively.

During the Pre-Launch phase, building awareness and growing your audience is the primary focus through ad sets designed to gather Page likes.  This is also an excellent time to hold contests and begin building a list of email contacts. Remember – social media is exactly that, so engagement with fans is essential. People are more likely to give money to a project they feel a connection with rather than a total stranger, so developing relationships and interacting helps establish your project on a personal level, and not just as a corporate placeholder that’s easy to ignore.

During the Launch phase, ad objectives shift to sending traffic primarily to the project itself.  The most successful ad text and imagery from the Pre-Launch phase is analyzed and used to craft the ad content, and target audiences are gathered more tightly. There is still engagement and activity on the Facebook page, but the ads themselves are designed to send potential backers to your project.

Facebook is unique in that you are able to target people directly by their interests, demographics, and habits.  It’s an enormously valuable database that gives us a way to find the perfect audience.

Facebook identifies interests from information users have added to their Timeline, keywords associated with the Pages they like or apps they use, ads they’ve clicked on and other similar sources.  Essentially, when you search information on Google, you get sponsored results that are being triggered by the words you typed. On Facebook, advertisements are triggered by personal data and interests.

The audience is the number of people we could potentially reach.  But no user limits themselves to a single interest, so they’re being served ads from many different advertisers.  There is an excellent article about how Facebook places ads here, but here are some important extracts.

Many people would want to have their ad shown to as many people as possible, but the wider your net, the more likely you will be lost in that sea of advertising.  It also means that you may have your ad for a new dog collar project served to cat lovers.  This is why we work to drill down to the target audience as much as possible. On the surface, it may seem like we’re missing millions of people, but we want your ad to be seen by the people that are in sync with you and your project.

Generally, ads with a low Click-Thru-Rate (CTR) will stop serving or become more expensive. Ads with a high CTR will generate as many clicks as will fit within your budget…a higher CTR means better exposure basically. We’ll monitor the ads regularly to clean out anything that isn’t working, but it’s best to give them a few days to try and generate traffic before pulling the plug, in part because stats on Facebook can lag as much as 12 hours, and also because we don’t want to make a hasty decision based on a small window of user behavior.

Facebook is a social network, which means interaction and engagement are key.  If you see an ad in your feed, and click like or leave a comment, Facebook will weight that ad heavier, as it’s actually involving the audience, and it will show up more often. The more comments, likes and shares on a post or ad in the newsfeed, the more love it’s going to get from Facebook.  Don’t be afraid to join in the conversation!

As mentioned earlier, ads should be tweaked and refined in both phases  Periodically review ads and then retarget by…

As with any advertising, you will have people who may not click on a link initially (or in this case, don’t contribute the first time they visit a project), but they do remember the brand name or product, and then do some research on existing products by Googling it several days later, just like they see a billboard and then follow up when they get out of the car.

Product-driven campaigns will tend to have several visits before backing, while projects which have an emotional response (ex- supporting a fire-ravaged children’s library) tend to be more immediate. This is why continuing to run ads and changing them is important, to remind potential backers that the project exists, and to get that final click of commitment.

(Every time you tweak or adjust an ad, an e-mail is generated to let you know that it has been re-approved. Account notifications are usually set to ON as a default in your settings, so if you’d rather not be hammered with e-mails when each ad is updated and changed, feel free to adjust them)

Facebook has fairly accurate stats in their Reporting, but it can be a little overwhelming if you don’t know how to drill down to the information that will give you what you need. Spend some time customizing the reports by editing columns are using filters. Jon Loomer has an excellent article on the topic here but the best experience comes from experience, so spend some time playing around with the feature.

Please keep in mind that Indiegogo does have a fairly robust dashboard to help you track your contributors, but there are some known issues with their system. Contributors will track from Facebook, but if someone has to stop and create an Indiegogo account, or goes to the Indiegogo home page when they pledge, it may drop the tracking cookie for Facebook and reassign the credit to either Indiegogo or “Other (email, direct, etc.) “. Another known glitch is if someone pledges, and then returns later to change their pledge in any way, it loses the original referral tracking. As a result, you may see the numbers fluctuate. Kickstarter stats are fairly basic in comparison to Indiegogo, but also suffer from many of the same flaws.

One advantage Indiegogo does have is the ability to add Google Analytics tracking, which will give you an added level of rich data to delve into as far as your contributors are concerned. A specific UA code can easily be created from your existing Analytics account, so there’s no need to set up another one.

You want to put the “crowd” in crowdfunding. That means finding them first, so it’s wise to include an advertising strategy in your plan.  If it all seems a bit overwhelming, reach out to Enventys Partners today, and we can help design a Facebook ad campaign to support your crowdfunding dreams.