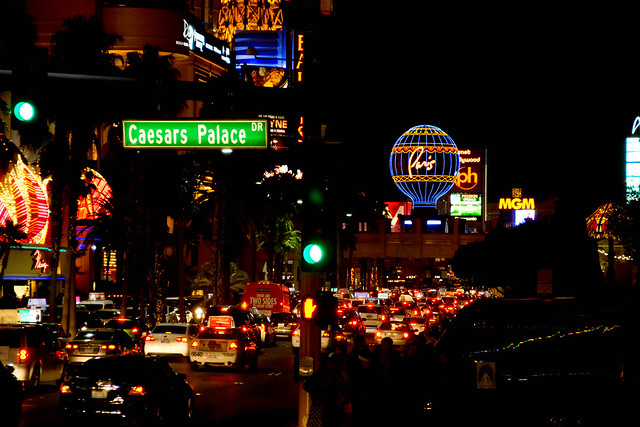 From the tips of our cell phones, the dashes of our cars, and all the way to the Las Vegas strip, LEDs illuminate our world and are found in a huge proportion of electrified products. The humble “Light Emitting Diode” is a simple component of an electrical circuit that creates light when current is placed across its terminals. Despite its simplicity, it has some unique technology inside its small lenses, and its development began more than a century ago.

The use of LED technology has skyrocketed in the last two to three decades, and it is vital for anyone building electrified prototypes to understand the technology and capability. In this two-part series, I will start our exploration of LEDs by revealing their history and underlying technology, as well as discuss their merits and applications. In part two I will discuss them in more practical terms and reveal how to use them in your next prototype. 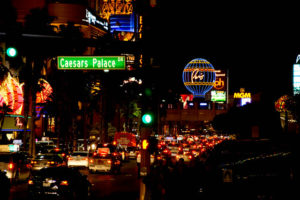 LEDs are behind the twinkle of Las Vegas Blvd.

What is an LED?

LED is the common acronym for “light emitting diode”. A diode is a sort of electronic check valve. It allows electric current to flow in one direction but not the other. This is an important task in an electronic circuit as it can prevent currents from flooding into sensitive areas of a circuit. There are myriad types and applications for diodes beyond the scope of this discussion. However, the LED is a special type of diode that emits light when a current flows through it in one direction, but does not light up when a current flows through it the opposite way. Unlike other types of diodes, they are used not for circuit protection or signal rectification, but rather primarily as indicators for what is happening in a circuit or simply for the light they create.

LEDs use two different semiconductor materials that are placed adjacent to each other. One of the materials has extra positive charge and the other has extra negative charge. When voltage is placed across the terminals of the LED, the excitation is enough to cause the negatively-charged electrons to combine in the gap between the materials with positively-charged “holes.” When the electrons and holes combine, energy is released in the form of light. If current is applied to the LED in the wrong direction, the semiconductor is not excited properly, no current flows through the LED, and no light is formed. Different colors of LEDs can be created by changing the material of the semiconductor. 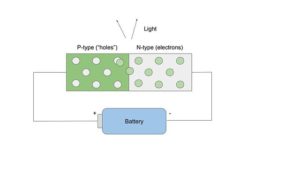 Diagram showing the different semiconductors and the electrons combining with holes to create light.

The foundational technology of the LED dates back to 1907. A British scientist named Henry Joseph Round created the first examples of electroluminescence by creating faint yellow light by putting voltage across a piece of silicon carbide. However, it was not until the 1960s that LEDs became viable production components, and it took decades of research and development to create LEDs that would emit light in the visible spectrum.

The first commercially available LEDs were red, and it was not until the 1970s that blue and yellow were developed. It should be noted that these first-generation LEDs were not very bright and extremely expensive, with the only viable use being for high-end lab equipment. Since then, LED technology has accelerated rapidly, and we now have access to high brightness, low-cost LEDs in an array of colors including UV and infrared. We have RGB LEDs which have all three primary colors of light (red, green and blue) as well as addressable LEDs with tiny integrated circuits inside to give us infinite color and brightness control. We are truly living in the golden age of LED technology. 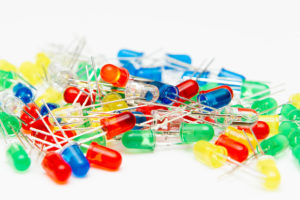 LEDs were once bleeding-edge tech, but can now be found for pennies on Amazon in an array of colors.

LEDs have many advantages over other types of lighting devices, such as incandescent bulbs. The primary benefit to using LEDs is that they are the lowest-power way to generate light. A single component LED draws about 20-30 milliAmps of power, and LED lightbulbs use about 10x less power to generate the same amount of light as their incandescent equivalents. This makes them economical for home use and much better for battery-powered devices with a fixed power capacity.

Since LEDs use less power they also generate less heat. This makes them much more friendly in the home environment as LED lightbulbs do not have the burn risk that you’ll often find in incandescents. Lower heat is also good for the companion circuitry as electronics usually run more efficiently when not under duress from excess heat. LEDs rarely require additional cooling elements, like fans and their associated power consumption, unless many high-power LEDs are put into a large grid or fixture.

LEDs are also long-lived components. A standard LED can have a useful lifespan of about 50,000 hours, which is more than 5.5 years of round-the-clock use. For many applications, this means that they are essentially immortal. It is very rare to ever replace a burned-out LED on a circuit board unless it is mistreated.

The final advantage of LEDs that is worth noting is their versatility and cost. Component LEDs come in many different sizes. The most common size is the 5mm domed LED, but there is a whole spectrum of sizes. The smallest is the 0201 series which is just .002” x .001” in plan view, buy they can go up to 20mm in readily available packages. This means they can be used on in the tiniest of electronics all the way up to giant TV screens. The largest LED screen just happens to be a few miles north of the Enventys Partners office at the Charlotte Motor Speedway in Concord, NC. The Panasonic-built screen uses over 9 million discreet LEDs to display live video to fans during races. 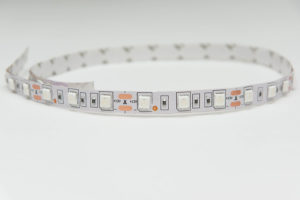 LEDs come in many sizes and packages, making it convenient to package into many different applications. These surface mount LEDs are mounted to a flexible strip with adhesive backing for easy installation.

There are endless applications where LED lighting can be used. In consumer products, home lighting is a huge category. However, LEDs are often a component of other common devices. TV remotes use IR LEDs to send control signals, and they are commonly used for status indication and for backlighting buttons on consumer electronic devices.

Outside of consumer products, they are huge in automotive, from headlights to interior dash lighting, and can be found in civil devices like street and traffic lights. They are in almost anything that contains a circuit. In the follow-up LED blog, I will discuss more practical knowledge about LEDs and how best to use them in prototypes. 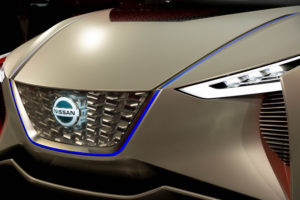 LEDs power both the accent trim and the headlights of this Nissan concept car at CES 2018.