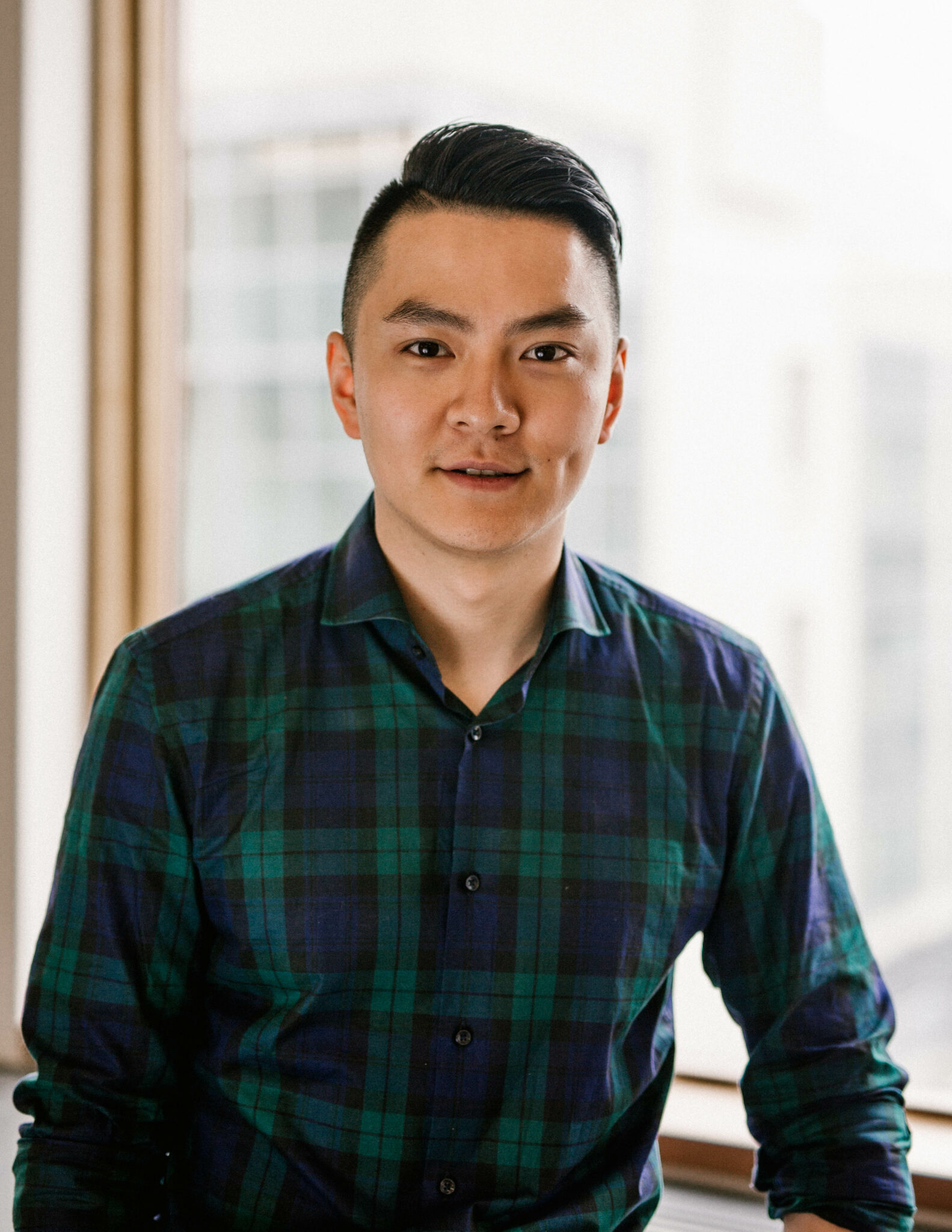 When you look back on your journey with Mobile Pixels Inc., what stands out to you most?

Just how lucky we are. When we started out, my co-founder and I didn’t have any experience in consumer electronics, and it was really like a process of the blind leading the blind. We took several wrong turns and we’re just lucky to, you know, come out ahead. At one point we went with a non-reputable freight forwarder, and they had forwarded our freight to a smuggler from Hong Kong to China, so we had freight taken away by the Chinese customs. There are crazy things like that, and somehow we got our stuff back in and everything was okay.

It was one of those things when you know you have a good idea or a crazy idea, and it latches on to you. To the point where it becomes dangerous. You’re thinking about it night and day, and you’re willing to drop out of school or quit your day job for it. It was one of those instances. I was a student at MIT and I had an internship with Amazon. We worked in a co-working space without dedicated seating, and I really felt held back doing programming work with only one monitor. You couldn’t take an actual desktop monitor to work. That’s when the idea was born and we built a prototype. My friends and my professors thought it was a great idea and I couldn’t get it out of my head. Instead of building one just for myself, I wanted to see if we could turn it into a venture. 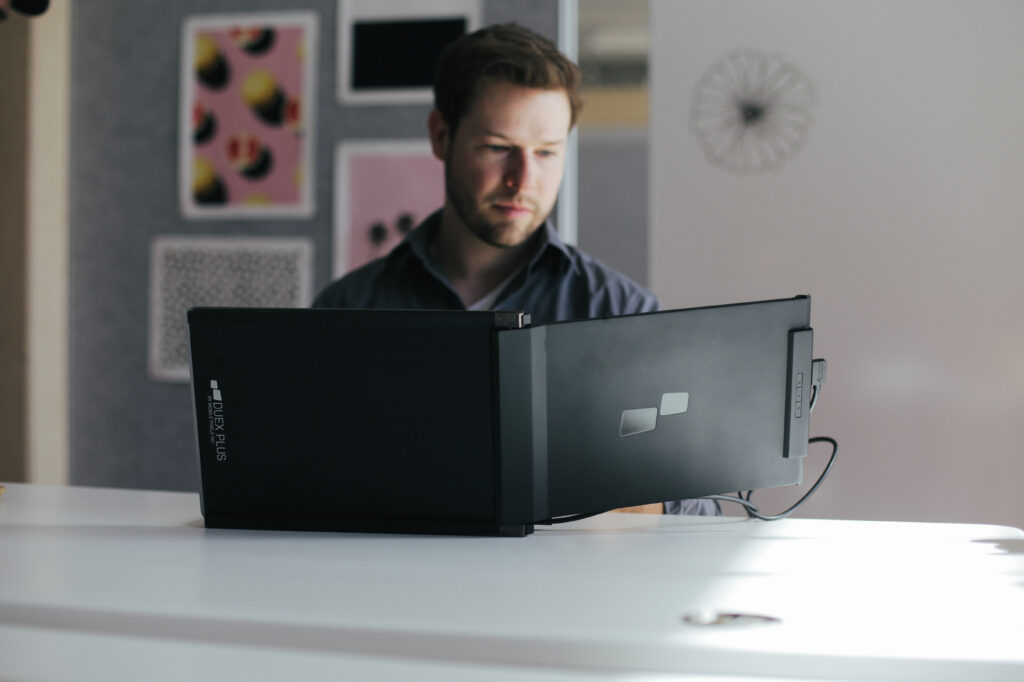 You clearly did that. Your first campaign, DUO, raised $860,000 on Kickstarter. Now there are copycats left and right. What does that tell you about the idea you had?

I mean, I have mixed feelings about seeing all sorts of copycats for our product. I should take that as a compliment. If it’s not a good product, people wouldn’t be trying to copycat it. At the same time, it’s taught me some lessons too. Having a purely hardware product without a more sophisticated revenue model is certainly a weakness. I’ve realized that having a moat built around technology is something great, but brand equity also goes very far. There are a lot of cheaper, similar products being sold on Amazon, but 60% of our sales on Amazon come from people searching for the term “Mobile Pixels.” That means that being the first to market, the originator behind an idea, and also being able to innovate once a year goes a long way in consumer electronics.

Talk to me about that. You started with DUO, then you went to TRIO and then you innovate again with DUEX Lite and PRO models. What is your process like?

We don’t intend to be a one-trick pony by just selling portable laptop monitors. The desktop space is actually 100-times bigger than the portable monitor space. We’ve been investing heavily in R&D to reinvent the way we work with desktop monitors, too. One of the projects we hope to launch with Enventys Partners is our first desktop monitor called the Zeta. In addition to that, we have a product refresh for the TRIO planned and another version of a portable monitor along with five of our originally designed accessories. The goal with our brand is to pivot out of this very narrow silo of just selling portable monitors.

When you were first starting out, did you have moments of fear or insecurity where you looked at your co-founders and thought, “what are we doing here?”

I think we were pretty lucky. There have been moments where I would ask myself, ‘am I really spending my time on the right thing?’ Right from the beginning, whether it was designing the mechanical parts, designing the electronic parts, getting certified, doing everything. It was brand new to us, but I don’t think we ever doubted ourselves on whether or not we’d be able to finish the product. Maybe we were a bit cavalier or overconfident, but that definitely enabled us to avoid a lot of the stresses that come with other ventures. We ran into many roadblocks along the way, but we never felt that there was something that was going to stop us.

That’s an interesting perspective, how having maybe a bit of overconfidence bolstered you to make the decisions you knew you had to make. Let’s talk about the roadblocks you encountered. How did you make it through?

I think the biggest one was mentioned earlier. It was our first batch of displays, something like 8,000 displays we’d purchased from a wholesaler in Hong Kong. We were responsible for importing the displays into mainland China where they were being assembled. That process requires you to pay a value-added tax, but you get the money back once you export it. The whole thing was completely new to us. I went after a couple of freight forwarders recommended by people I knew and the one we went with had the best price. It wasn’t until after that I realized they’d classified our displays as something else and it got sandwiched in a container with a bunch of other things.

Our freight forwarder started telling us crazy stories that the truck was leaving the airport and was hijacked and I had to pay a ransom. I feel pretty stupid thinking back because I believed them. I wanted to believe that it wasn’t his fault, that he wasn’t taking me for a ride. I was going along with it when I realized that he was sending me photos of our freight that was supposedly being held for ransom, but the flooring tiles were the same as the tiles from the warehouse that originally had the product.

A couple of other people whose freight was in that container showed up with us to the freight forwarder. I’m pretty sure he thought we were going to beat him up or something. He told us the truth, which was that they’d classified the freight as something else and there was medicine in the container that was banned in China. So customs took the entire container. Eventually, we got the container shipped back to Hong Kong and we had to re-import it the right way.

What did that ordeal teach you that you’ve been able to use ever since?

Don’t always go for the cheapest price. In the moment, it was just me and Steven in the company. All the design, certifications, packaging design, instructions, everything was on us. I got a quote from three or four freight forwarders and it was one of the 100 things on our checklist, so I picked the cheapest price and moved on. It’s hard to do everything well when you’re a small company with a few people doing everything. That’s what I want, experts doing expert things, and now we don’t mind extending our team so we can be more efficient and avoid stupid mistakes.

That’s really smart. And it’s worked for you. You have three campaigns that have each raised more than a million dollars. What’s been the most gratifying part of the journey?

Seeing our product well received by the market is definitely gratifying. I think more important is seeing our product being used by real people all the time. When I’m out and buying Starbucks and stuff, to see the product you dreamed up in the dorm room is being used by a lot of people, it’s great. I run into them all the time. I’ll start up a conversation with them, and just making that connection over this product has made everything worthwhile. 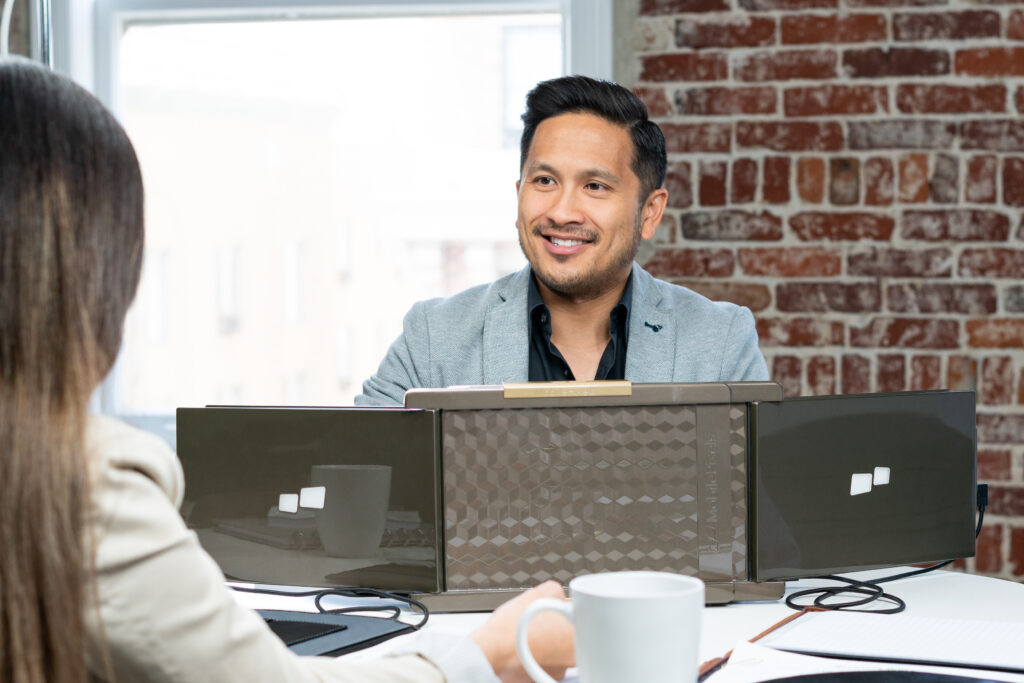 I can only imagine the pride when you walk in and see your logo on a stranger’s computer.

Yeah, it’s crazy. I won’t tell them that it’s my company. I just ask them how they like their monitor, and then they’re absolutely crazy fans and start talking about how “this is great, that’s great and they’ve got a new one coming out soon, so I should keep my eyes peeled and get one.” It’s really cool.

What do you wish you would have known before you started Mobile Pixels?

I wish I would have known more about how the display industry worked. It’s been hard this year. I’m sure it’s been hard for everyone with raw material shortages and inflation. It’s been a struggle for me. For big companies like Lenovo or Samsung, they have more resources to buy displays, but for me, the entire supply dried up. I pay for things three or four months ahead of time to build a strategic stockpile. But we’re not venture funded. We always seem to have four or five million dollars worth of displays sitting in a warehouse for emergency use, but that’s tied up a lot of cash and made it difficult to operate. If I had the foresight to understand how the industry worked behind the wholesalers and could call a manufacturer and place an order I would have made different preparations.

You started this idea in your dorm room. Imagine you’re in a coffee shop sitting across a 20-year-old who says they have the next big idea. What is your advice?

I’d tell them to plan on how they’re going to realize their idea. A lot of students come up to me and say, ‘I have this idea, I just need to get some funding to get started.’ That’s most people’s first reaction, but even if you have the funding you’ve got to know how you’ll spend that money. It’s important to lay out a plan. How will you build the product? Have a plan for exactly what you’re going to do next and how much money you’ll need so you create a better conversation.

What’s next for Mobile Pixels Inc.?

We don’t have a really long roadmap, but we plan on launching three new monitors next year. Zeta, TRIO refresh and another touchscreen version. Besides that, we plan on launching our own speaker, keyboard, mouse, power bank and webcam. So that’s a lot for the next year and the year after.

We’re a pure hardware startup. When I was in school trying to get venture funding they’d say, ‘we don’t invest in hardware’ or ‘if I’m going to give you $500,000, I’d rather hire a bunch of software engineers and create software rather than buy inventory.’ It was really discouraging for me. I thought maybe this wasn’t the right idea, or maybe the climate has passed for hardware startups and maybe I should just get a job and do something else. I’m glad I didn’t listen to those thoughts because we’ve only had $500,000 in outside investment. We’ve financed everything through profit. We’re at $20 million a year in sales and it’s only been three years. If you’re starting a company that’s hardware like many Kickstarter companies, don’t get discouraged. I think through hard work and grit, a lot of things can come from it.