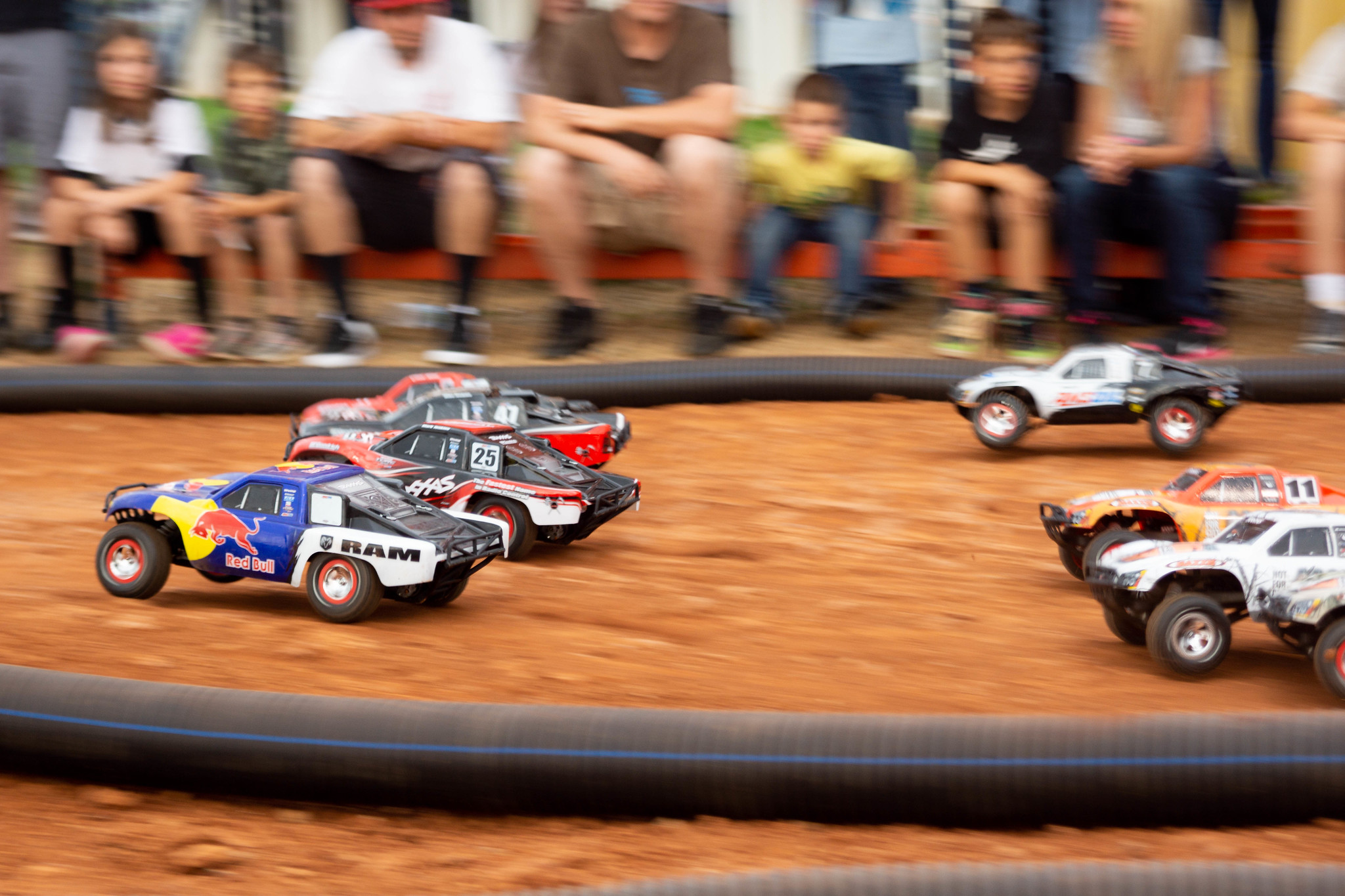 Through generations of design and innovation, electric motors have become one of the most efficient power transmission devices. Explore the history and fundamentals of electric motor technology as well as practical applications in this two-part series.

The Basics of Electric Motors: Part 1

Ever since electric vehicles exploded in popularity, electronic motors have been in the spotlight. However, this is a tale two centuries in the making since the roots of electric motor technology start in the early 1800s during the foundational research around electromagnetism.

Through generations of design and innovation, electric motors have become one of the most efficient power transmission devices and a key component in industrial and consumer devices. Often, shrouded under the cloak of an electric car body or the housing of a consumer product, electric motors have emerged as a hidden hero that we use in our everyday lives.

In this two-part series, I will discuss the history and fundamentals of electric motor technology before exploring practical applications and prototyping techniques in part 2. 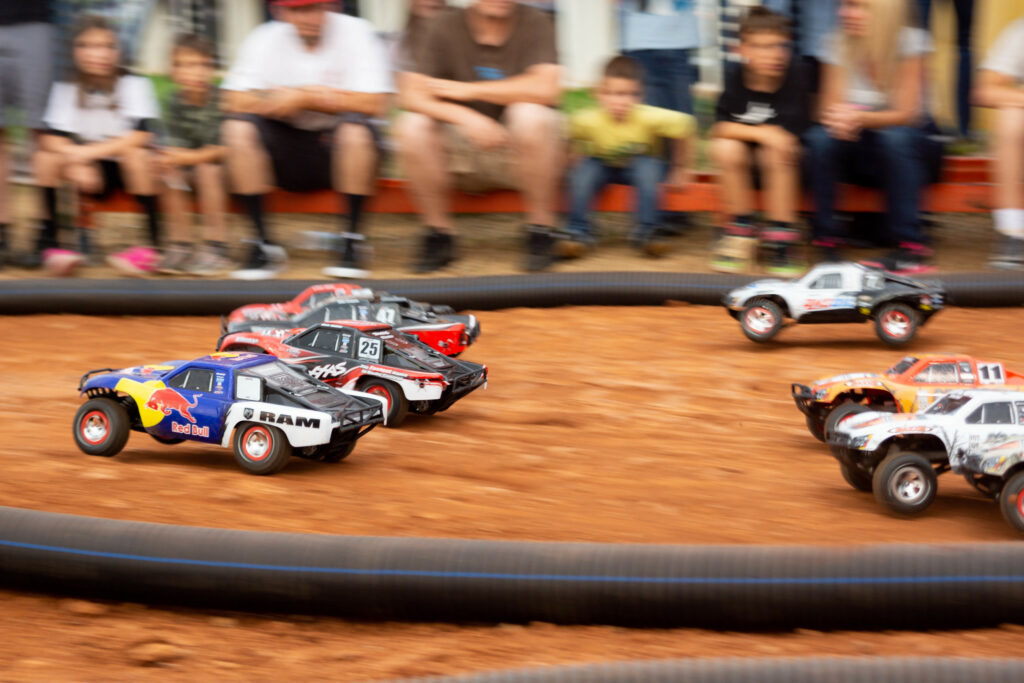 Before they were commercially viable for full-scale cars, electric motors could power RC cars like these.

The history of electric motors parallels that of the development of electricity. The late 1700s and early 1800s brought about significant innovations in electricity, such as Alessandro Volta’s invention of the battery and Georg Ohm’s work that described some of the first mathematical descriptions of electricity. Eventually, it was Hans Christian Ørsted who unlocked the relationship between electricity and magnetism. In 1820, he observed that a compass needle moved when in the presence of an electrified rod, and this concept became the foundation of electric locomotion.

Further innovations followed quickly, like the first motor that could power industrial machines developed by English physicist William Sturgeon. Then, in 1837, Americans Thomas and Emily Davenport were granted the first patent for an electric motor design. These early motors were commutator (aka brushed style) motors that necessitated a physical connection between the rotating armature and the magnetic stator.

In the late 1800s, as Edison and others were working out the details of electric lighting, Nikola Tesla and Galileo Ferraris were independently developing brushless, or induction, AC motors. This technology unlocked the power of electric motors for widespread uses and, soon after, became a staple of industrial products, activating anything from cable cars to mining equipment and replacing human, water, and animal power. Over time, electric motor technology continued to advance and can now power cars, consumer goods, and industrial applications of all types. 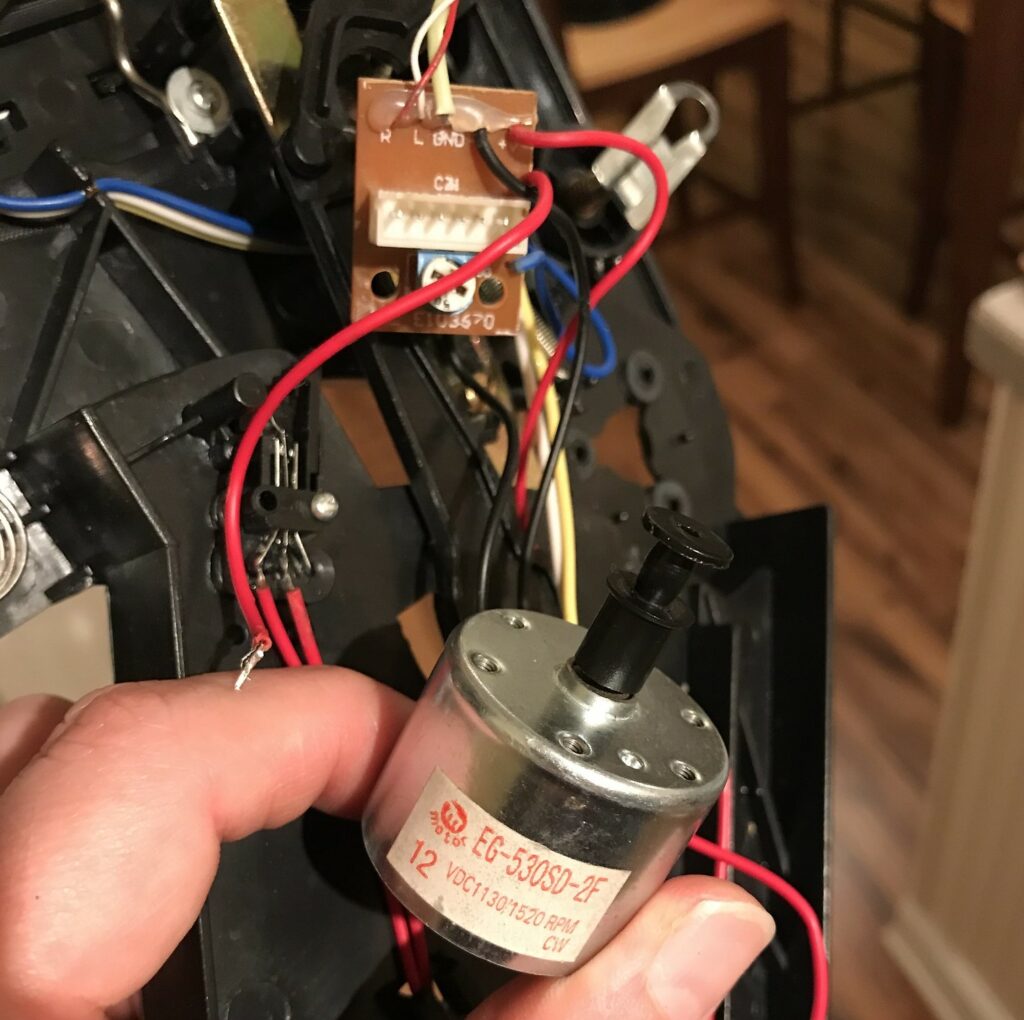 A Magnet and an Electric Coil

In magnets, opposite poles attract each other, so when the coils are energized, the fixed magnet tries to align itself (north pole to south pole) and find its equilibrium. This action of the magnet and electromagnet trying to pull themselves into alignment induces the axle or rotor of the motor to move.

If the electric field switches before the system equilibrates, the motor’s shaft will continue to spin, trying to align to the new state of the electromagnetic poles. If this is fast enough, the motor will spin continuously until the power is cut in its never-ending attempt to find the elusive equilibrium.

An electric motor falls into one of two categories, brushed and brushless, based on the arrangement of the magnets and the coils, which can be on either the rotor or the stator. All electric motors have a rotor which is the part that rotates, and a stator which is the housing that stays stationary.

Brushed motors have magnets in the stator with the coils on the rotor. Therefore they require conductive brushes that are mechanically and electrically in contact with the rotor to provide electricity to the coils while still allowing the rotor to spin.

Brushed motors tend to have more startup torque and are easier to control. The brushes increase the drag on the rotor, so they have a lower top speed and slow down faster when the power is cut. The brushes are consumable, meaning they need replacement when they wear out. Brushed motors can be powered directly from a battery or a wall wart (AC to DC wall converter) but require a controller if variable speeds are required.

Brushless motors have lower startup torque but high RPM and need very little maintenance. They cannot be run directly off of wall power without intermediate circuitry or a controller to give electricity to the coils in the right way to keep the rotor spinning. 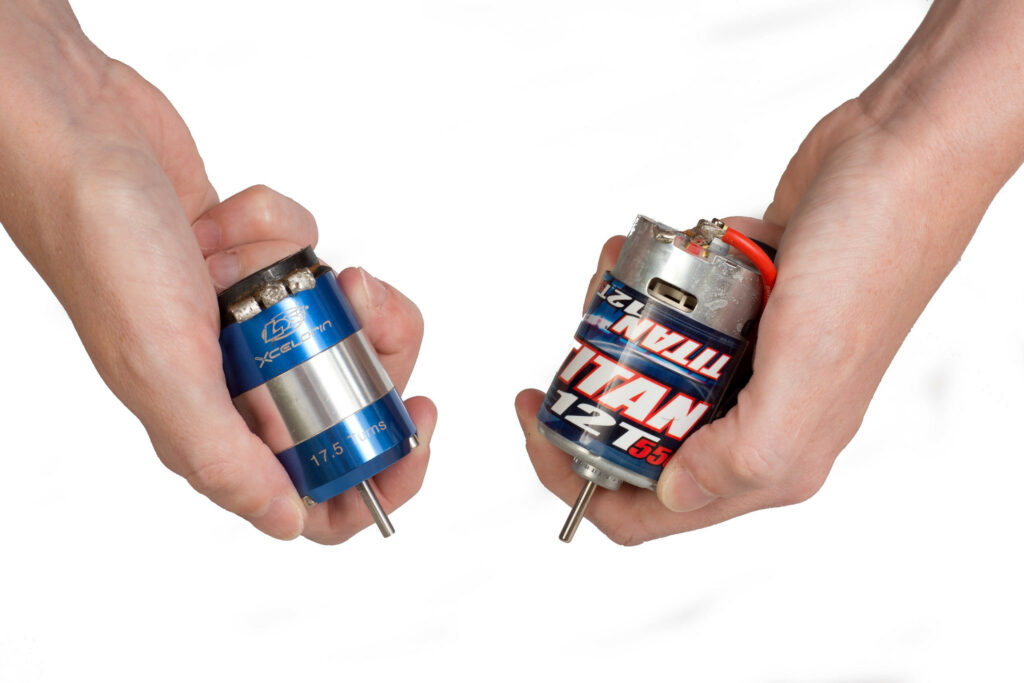 Electric motors are used in devices from cell phones to freight trains and everything in between. We carry motors around all day long, as there are tiny haptic motors inside wearables and cell phones that buzz us when we get a call or reach our step goals. Our kitchens use motors inside blenders, rotate the turntables inside microwaves, and pump coolant in our refrigerators to keep our food cold. Motors inside our computers spin disk drives and provide cooling air to keep them running correctly. They are ubiquitous in our tools, too. Drills, grinders, sanders, saws, and even 3D printers all use electrical motors to help us get our jobs done. There are also myriad applications in industrial and medical devices that provide us with the products and services we need or desire.

While often hidden from view, cloaked by an aesthetic housing, or mounted deep inside the guts of a machine, modern life would not be possible without electric motors. In part two, I will explore some different types of motors and how they’re used to bring prototypes to life.