Consider the Innovator: What Books Can Teach Us About Innovation 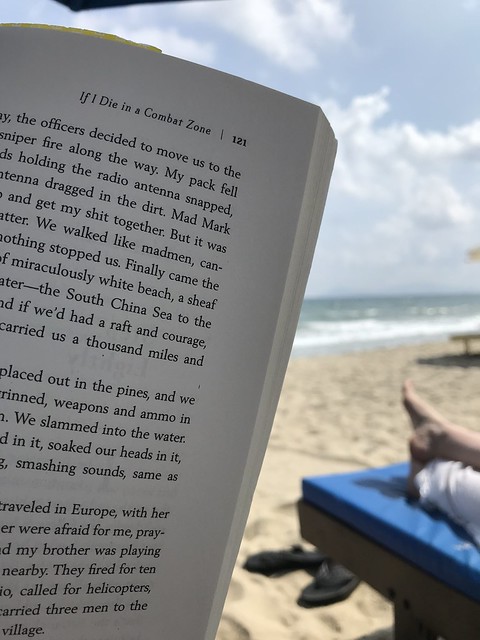 Books from non-technical authors can be food for the soul and provide a different context in which to weigh our ideas. Not to mention they can offer us some fruitful nuggets as to how we should approach product development. Here are some of our favorite authors and what their work can teach us about innovation.

It is June and summer is fully upon us. The days are impossibly long, kids are out of school, and the pace of life seems to tick down just a notch. It is a time of rest, relaxation and a time to get caught up on some reading. Whether sitting by a pool, in the car on a road trip, or on the back porch taking in the extended hours of sun, a book is my best friend this time of year. Of course, being an engineer, I enjoy reading about technical subjects, but I also love a good novel or essay. One of my favorite moments of the year is driving back to my parents house and perusing my mom’s bookshelves for some new friends. She has many books from the 60s, 70s, and 80s and some of my favorites come from this era, and the feel and smell of books published closer to their original release date somehow have a way of heightening the experience. 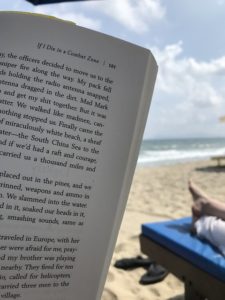 On the surface, literature may not seem to offer much to the inventor mind, but I do not find that the be accurate. Books from non-technical authors can be food for the soul and provide a different context in which to weigh our ideas. Not to mention they can offer us some fruitful nuggets as to how we should approach product development. Here are some of my favorite authors and what their work can teach us about innovation. 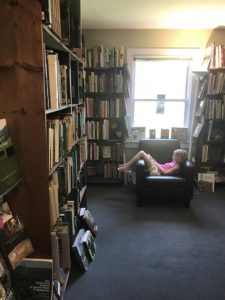 My daughter, Harper, perusing a book at the Shaker Mill Books in West Stockbridge, MA.

Phillip Roth is widely regarded as one of the great novelists of the last half century. His career spanned decades and he published more than 30 books. Portnoy’s Complaint and American Pastoral are two of his most well known works from his innovative and divisive career. His novels are often autobiographical and his candid writing about adult themes has split opinions about his work. An obvious lesson to be learned from his career, is that it can take a long time for your work to gain popularity. Despite his critically acclaimed writing, he struggled to parlay this into film success. From 1959-2003 only two of his books (Goodbye Columbus and Portnoy’s Complaint) had been produced for the big screen. Time and time again we hear stories of the inventors struggle and the years it can take for a product to find its audience and be a hit. Roth’s meager silver screen success is a perfect example.

While his books are immersive and mesmerizing, it is his 2006  interview with Terry Gross from NPR’s Fresh Air that provides a great nugget we can bring back to prototyping. When Gross asks Roth about whether the storylines in his books are mapped out before he writes, he responds, “I don’t know anything in the beginning, which makes it great fun to write, you know? You don’t know anything. You don’t even know how to write. So you begin every book as an amateur and as a dummy. And in the writing, you discover the book…Each and every sentence is a revelation.” Roth, by all measures a master of his craft, essentially prototypes each book. It is the same way an inventor uses a rough idea to develop a higher concept, slowly learning things about the technology and refining the product. Each prototype provides a revelation and brings the product one step closer to production just as every sentence does for Roth.

Pulitzer Prize nominated David Foster Wallace wrote a mixture of novels and essays. His most popular and lengthy work is the novel Infinite Jest which clocks in at 1079 pages. However, the majority of his work was as an essayist and columnist for publications like The New Yorker, GQ, and Harper’s Magazine. While I have yet to make it through Infinite Jest (I tried once about 9 years ago, the task complicated by trying to read a 4 inch thick book while exercising on an elliptical machine at the gym), I have thoroughly enjoyed his collections of essays Consider the Lobster and A Supposedly Fun Thing I’ll Never Do Again.

I had a “meta moment” with David Foster Wallace, as I started reading his first essay in Consider the Lobster  called “Big Red Son” which is about the 1998 CES show while on a plane to Las Vegas… for CES! The piece details his experience at the adult film tradeshow, which used to be a subsection of CES before it grew to be its own event. While most of the essay is “NSFW”, it was nostalgic and campy to hear his descriptions of new product launches from that year like “Personal Java 1.0” and “The First Ever Full Text Message Pager in a Wristwatch.”

By far my favorite of his essays is “A Supposedly Fun Thing I’ll Never Do Again.” ASFTINDA (in the spirit of his writing) is a largely critical analysis of his time aboard a seven-night cruise on a ship he nicknames the SS Nadir. “I have heard upscale citizens ask…whether snorkeling necessitates getting wet, whether the skeet shooting will be held outside…, and what time the Midnight Buffet is,” aptly sums up his experience living amongst his fellow cruisers.

The most helpful insight from this work for product developers is when he discusses the advertising brochures on the boat. He describes how they are not merely a factual description of the cruise and its services. They create an immersive and emotional moment for its intended audience that draws them into the experience. “In regular advertising..the purchase is prerequisite to the fantasy…In the cruise brochure’s ads, you are excused from doing the work of constructing the fantasy. The ads do it for you,” notes Foster Wallace. Product developers spend lots of time building prototypes and obsessing over the minutiae of the functionality of their designs. However, it may lead to more commercial success if our inventions, and the features they have, are tuned to fit within the fantasy of how the potential customer will use them. 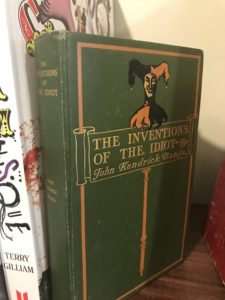 Read a book so you don’t end up like this guy.

I became obsessed with Klosterman’s work after reading his essay collection Sex, Drugs, and Cocoa Puffs. This book is a delight for Gen X-ers as it features chapters on the reality show “The Real World”, teen sitcom “Saved by the Bell”, and an essay on why the movie “Starwars” is overrated. However, insights that can be applied to product development are found in two of his other books.

But What if We’re Wrong is a series of essays that encourages us to view our present life as it were the distant past. Its central argument is that it is impossible to tell what the future will think of present day art, music, culture, and science. Klosterman cites the novel Moby Dick as a prime example. When Moby Dick was released in mid 19th-century, it came out to mixed reviews. Sales flopped and author Melville’s life takes a turn for the worse. Fast Forward to the present day and Moby Dick is largely considered a literary classic. The two take-aways for the product developer are that bad reviews do not necessarily mean a product is bad, it may just be ahead of its time. It is also powerful to consider that at any moment in time, you could be very wrong about your present day thinking. Considering how a product may fail in the future (sometimes called “future-proofing”) is something that professional product developers are constantly thinking about during the development cycle to make sure the product has maximum longevity.

Klosterman reminds us just how long it can take technology to mature in his book Eating the Dinosaur. In the essay titled “Going Nowhere and Getting There Never”,  he explores the automobile’s place in American culture. In the essay he reminds us how even though the automobile has been around for over a century, it is still really new tech whose real capabilities may not reveal themselves for many more years. “From a historical perspective, we’re still figuring out what cars are supposed to be – I mean, boats have existed for forty thousand years, but nobody managed to consistently sail anywhere distant until the Middle Ages. If you look at a Model T and a Lexus LS, there are far more similarities than differences.” A sobering thought that even an impactful product we develop in our lifetime may not fully reach its potential until well after we are dead. Yet it is also exciting to imagine how far each generation of designers may push technology forward in new and innovative ways.