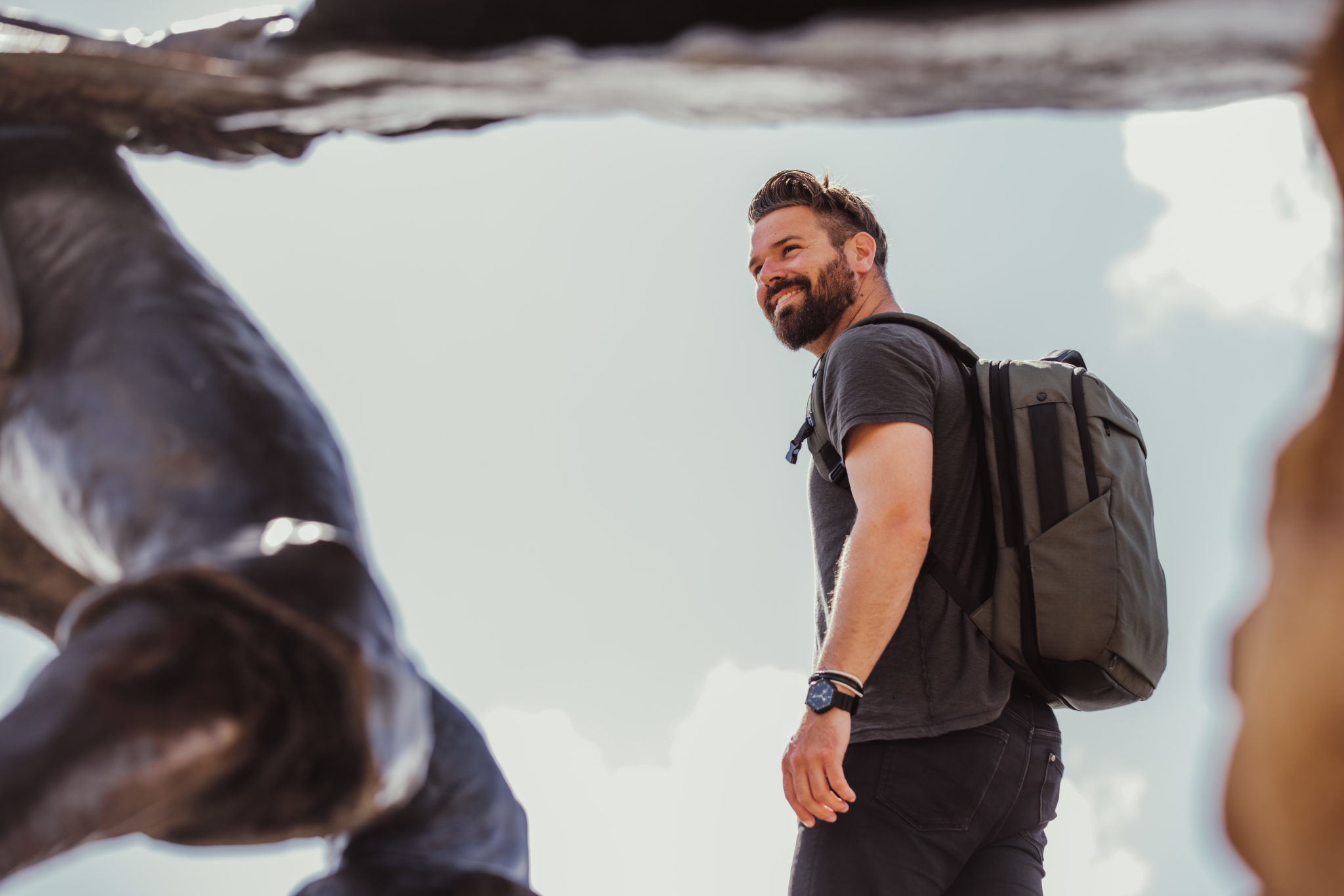 “There are always new problems that you’re uncovering, and I think that’s the joy. Your job as an entrepreneur is to make the red lights into green lights, and just figure out how to fix things and make the ship keep moving.”

Interview with Adrian Solgaard, Founder and CEO of Solgaard Design

When you look back at your whole journey before you had six successful crowdfunding campaigns under your belt, what stands out to you about your journey?

I remember just wanting to make things better. That’s all I ever wanted to do.

I’d been doing digital video for a number of years and was tired of having everything in the ether. I wanted something I could feel and touch. Kickstarter came up and I remember wondering what I could do to launch on this platform.

A couple of weeks later, my bike was stolen and I thought, ‘Why don’t I make a better bike lock? That could be fun.’ I launched on Kickstarter without a clue in the world of how it was going to work. Enventys Partners joined in and helped us get that first puppy across the finish line.

Today, we continue to leverage it.

What stands out to you about where you are today?

We run a company selling mostly travel goods, and travel had a very tough year last year. In April, we turned to each other and asked, ‘What can we do in a quick turnaround? How can we launch a new product quickly enough that’s meaningful and impactful for people’s lives in this new normal?’

We turned back to the Kickstarter machine again and cranked up the best idea we could. Kickstarter has continued to be an amazing platform for launching products and continues to grow our community.

Were there moments along the way where you thought ‘What on earth am I doing?’ or had insecurities?

Oh yeah, of course. There are constant moments of ‘What am I doing?’ There are always new problems that you’re uncovering, and I think that’s the joy. The joy and pain and masochism of entrepreneurship. Your job as an entrepreneur is to make the red lights into green lights, and just figure out how to fix things and make the ship keep moving.

Does any single moment stand out?

I think that the HomeBase makes sense here. We went from selling a meaningful amount of suitcases every single day to, basically overnight, not. And all of the product we had sold in March, people were trying to return them. It was like, ‘What are we going to do now?’ We had rent, and salaries, and overhead, and all these costs and factory orders that were on the way and we had to figure out what we were going to do.

So we pivoted to thinking about a product that was still true to our brand ethos but was relevant to this new shift. It was a good example of getting a team that was aligned toward one target to adapt quickly to a new target because the world had changed. We had to get everyone on the same page and steer the ship to avoid the storm.

What inspires you when you’re thinking up new ideas for products?

Deep down inside, I’m a salty old man and I get frustrated by things. It’s like breaking a fuse in my brain and I think, “There is going to be a solution. How can we fix this?” It’s always been this back and forth of ‘I can’t find the things that I need,’ and I talk to a few friends, and if they have the same problem we go for it. With the Lifepack, I thought, “OK, no one’s making a backpack that’s good enough for me to carry my laptop around, and store it in a way that is drop proof and all that.”

Sustainability is a piece of that for you too, right?

One of the things that has always been a goal of ours is to figure out how to make a product that is awesome but also does something good for the planet. Lots of brands go for that, but the product itself is pretty subpar. I’m passionate about being able to make a product that is premium. It’s great. It’s durable. It’s long-lasting and you’re going to love it. You’re going to want to tell your friends about it, and it’s also having a positive impact throughout the whole process. I think about Tesla. It’s a car that’s just a sweet car, but it also is electric and it’s not burning fossil fuels. So I think for us, using ocean plastic for our products is a way to touch on travel, travel and sustainability. The more we see the world as a connected space, the better. The ocean joins the west coast of America to the east coast of China. If you pump garbage in one end, it’s going to come up the other. We all need to work together to keep our planet healthy.

What has been one of the most gratifying moments in your journey?

I think that one of the proudest moments was getting an advance copy of TIME magazine with our product printed on it under best inventions. TIME magazine, that was freaking exciting. It was the biggest stamp of legitimacy I’ve ever felt.

To what do you attribute your success?

A never-ending fountain of curiosity and seeing things through.

What do you wish you would have known before you started?

If I would have known everything that I know now, I might not have ever started. I think ignorance is bliss when starting a company. If you knew about all the problems or all of the challenges you were going to run into, it might stop you from getting started. The only way to get somewhere is to start.

Did you make any mistakes along the way that someone else might learn from?

I mean, all the classic blunders. Overconfidence, cockiness as a 25-year-old kid. I overhired people with vague job roles. All sorts of stuff that you’d learn if you had ever gone to school for any of this. Not thinking about next week or next month, and finding that balance between long and short term was challenging.

What piece of advice do you give someone who has what they think is a big idea?

Full throttle, just go for it. If you think your idea is good, make sure you validate it with some different people and listen to feedback because most likely your thing needs tweaks. If you’re going to launch a product through Kickstarter, you have this amazing gift of a community of backers where you can launch one version of the product and based on everyone’s feedback, you can tweak it.

So the version that gets to people’s hands is like a version two or three because you’ve already had feedback in this initial round. That’s conceptual feedback that would have taken a few production rounds to get.

Tell me about the process of crowdfunding campaigns. Is fulfillment one of the bigger issues you face?

When on a crowdfunding campaign, you’re dealing with a global audience. Do you have over 1,000 backers? Or 2,000 backers? You’re likely looking at 50+ countries, and getting product to 50 countries where everyone has different rules around customs and regulations and all that. It’s a pain.

Getting that first production run figured out is this delicate balance. I’m talking about this iterative approach where you can listen to people’s feedback and can iterate and improve. At some point, you need to just draw the line and be like, ‘this is good enough.’ Product development is not for perfectionists. If you’re overly perfectionistic, you’ll never get the product out because there’s always room for improvement. That next feature will go into version two somewhere down the line, because otherwise, you’d never get out of the gate.

What’s next for Solgaard?

We’re at the five-year point since launching Lifepack, and there’s been sort of a suite of a few different products that I’ve wanted to make that’ll make this remote work-life on the go the most efficient and seamless as possible. Now, with remote work being the normal thing for everyone, it’s made our next product even more relevant. There’s a new product coming out in the summer that we’ve been working on for three years. This is going to be our first time launching a Kickstarter campaign with a product that we’ve already invested significant money in upfront. The tooling is actually all finished. The development work is done on this, and we’ll have a two or three-month turnaround. It’s something to help with the work-life balance.