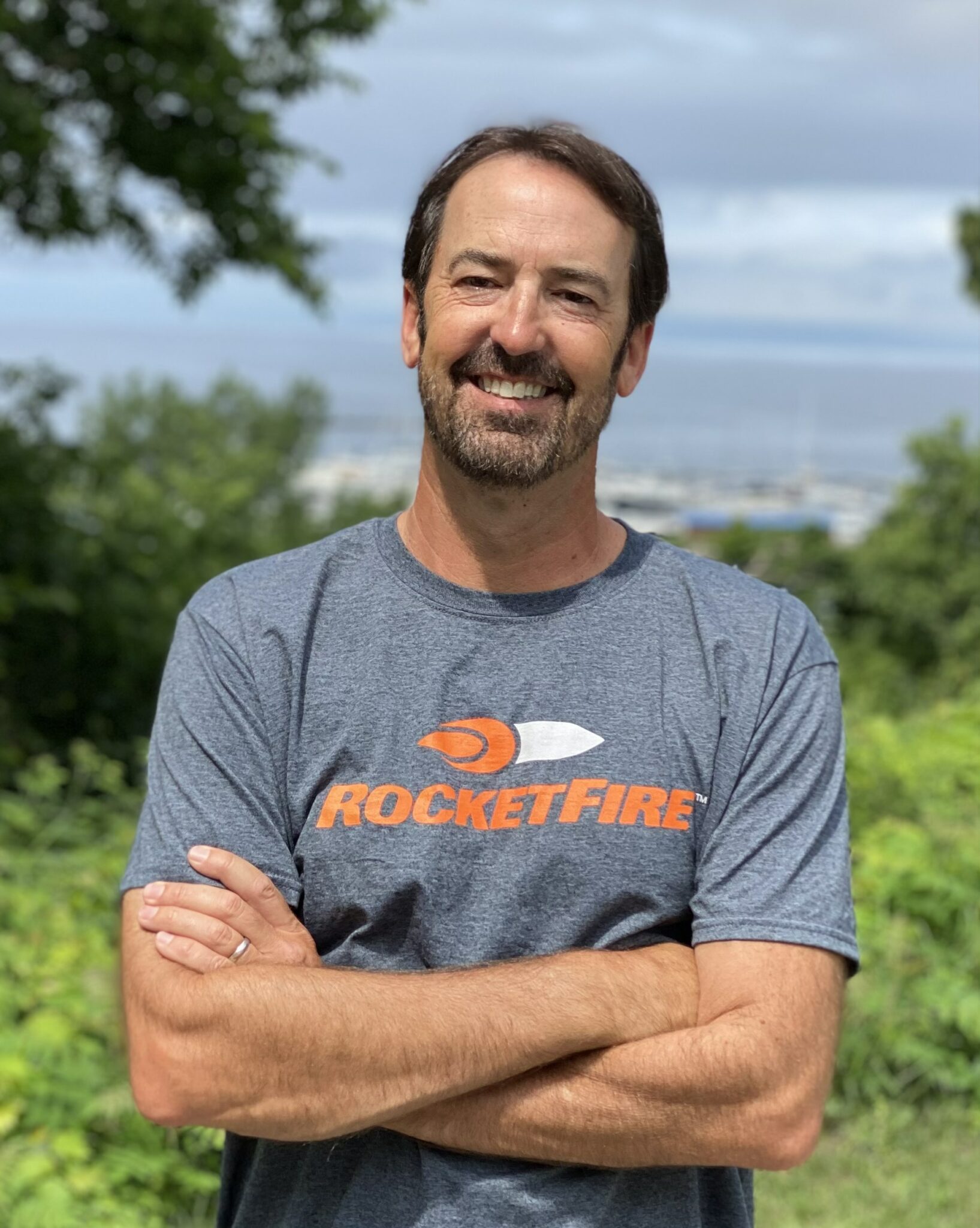 In this series, “Celebrating Success,” we’re speaking with innovators and entrepreneurs who walked the journey of taking a product from idea to reality. Today, we’re speaking with Michael Berard, the creator of RocketFire. In the fall of 2021, his second launch for RocketFire raised $212,967.

When you think about your whole RocketFire journey, what stands out most to you?

That’s a great question. So, it’s…it’s been about five years from the initial thought process and writing down and drawing designs to actually launching. I think that you know, what stands out is that it’s been a fantastic and fun project. But with tons of challenges, which, once you make it through those challenges, it’s…it’s super satisfying. 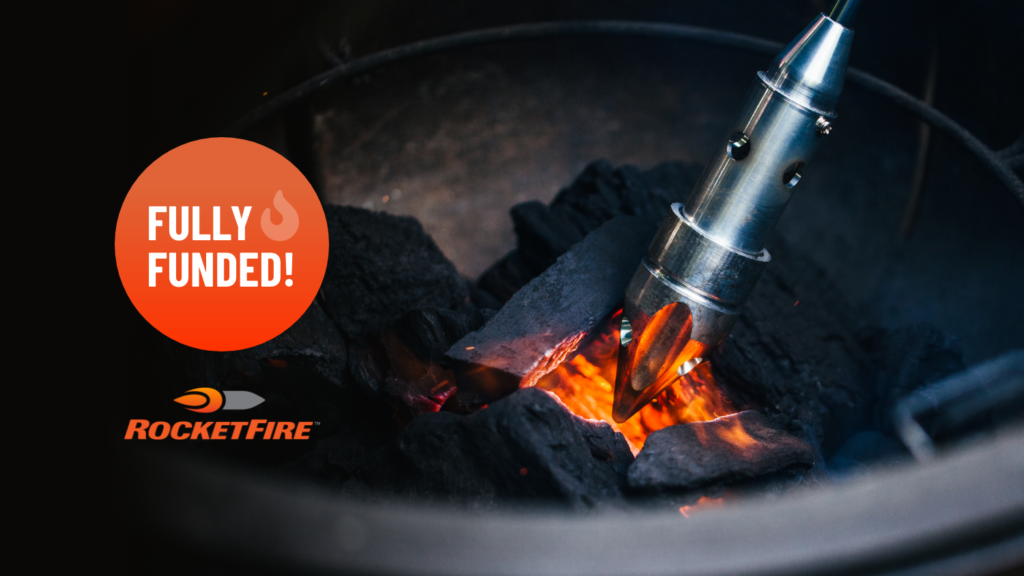 Some creators would view a first campaign that you cancel as a failure. They’d walk away with their tail between their legs. But that’s not your story…

I’ll go back to the beginning, basically started the project because I’m a grill guy, and there was no great way to light a grill. I mean there were lots of ways to do it but not a great way to do it so started kind of kicking around ideas, threw something up, took it to a design firm. That was back in 2016. A little over five years ago, I started working with a factory that actually had made torches before small torches, and in fact, they sold to Walmart and other stores. Over years and years of putting together new designs and testing and prototypes, we finally got to a place in 2019 where we felt like we could launch a Kickstarter campaign.

So, we wanted to try to test this out ourselves and do it ourselves. So we actually had an ad agency that we worked with closely. Once we got everything together, we kind of cobbled together a crew to try to launch this thing. I’d never done it before. I hadn’t even been on Kickstarter before. So we launched it in 2019. And, yeah, we raised like $30,000, but it was, it wasn’t what we wanted. And we got a lot of feedback, a lot of criticism really, which was great.

We got a lot of feedback on the product. On the way the product looked and how it worked, and the fact that we had proprietary fuel. And so we took all of that, all of those suggestions into play and into mind, and we went back to the drawing board. 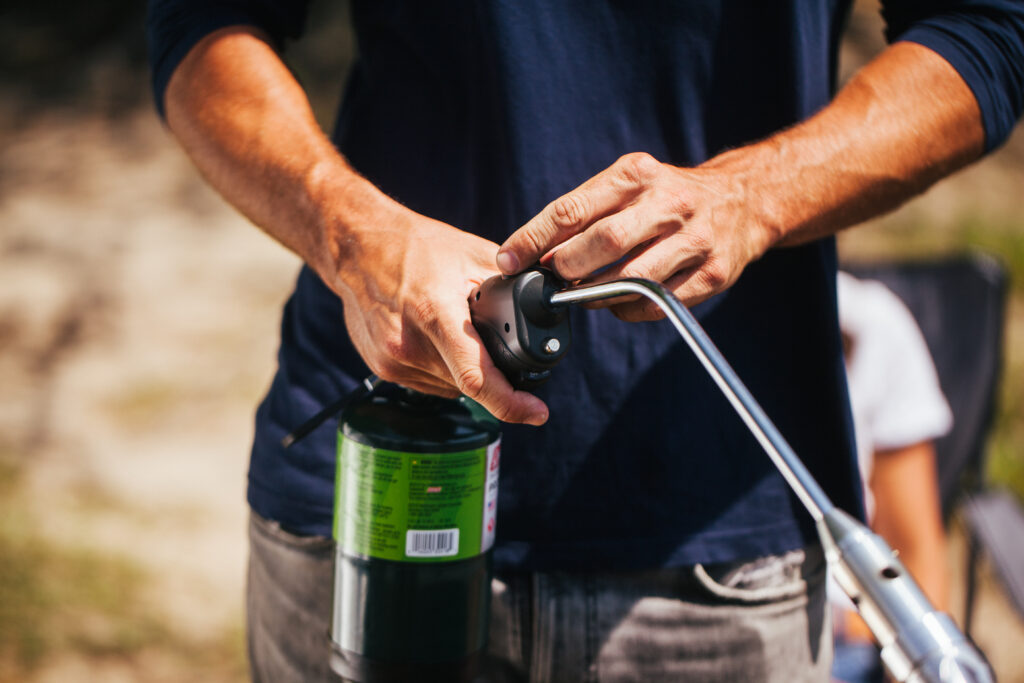 We listened to our backers. We listened to the people that were criticizing the product, and so we started putting together more prototypes, and more testing. We’ve formulated what we think is the best design for us for a fire starter.

At this point, we knew we weren’t capable of launching the Kickstarter ourselves. It was a great learning experience. It was a great test experience, but we decided that we would search for a professional firm that knows what they’re doing with Kickstarters, and so we looked all over the country, we interviewed several different firms, and we ended up with Enventys Partners.

What stands out the most to me about everything you just said is that you didn’t view the criticisms and the feedback in a negative light. You were able to take it and say, “wow okay wait, if we press pause, we might come back with something much better.”

I mean it was disappointing, you know, we would have loved to have launched the Kickstarter originally and just shot off into the stratosphere. We knew that we had a good idea and concept and felt like the product was good, but when you get suggestions from people where that’s all they do…they like drills, they like firepits, and they’re given these suggestions, then you have to take that into account.

It’s wonderful. I mean it’s the best thing that you can ever get is all of this great critiquing of your product. Now, at some point, you know, once you get to a place where you feel like you’re there, then you’re going to still have, you know, people that are naysayers. You’re gonna have people that don’t like it, that’s okay, but this critique was overwhelming. And so we had to listen.

So to me, it was the best thing that’s ever happened to us. To have all that criticism and to be able to use it to our advantage.

Did you have fears or insecurities that you’ve done all this work and this, this new launch might not fly?

Oh totally, I mean you know we brought in friends and family, investors. I’m kind of getting goosebumps thinking about it right now because it’s…it’s incredibly stressful right off the bat because you don’t know what’s going to happen. And so I felt better because we had Enventys behind us. They knew what they were doing. I’d seen what they’ve done in the past, so I had really great confidence but still, you know, ultimately it’s about the product. Is there a demand for it? The first Kickstarter I’m thinking maybe there’s no demand for it, you question yourself, you second guess yourself. But ultimately, yeah it was a little scary, but it cleared itself up pretty quickly

What has been the most gratifying or fun part of the RocketFire journey so far?

Internally we were looking for a little over $100,000 in backer money, and the fact that we got there and overachieved, or achieved that and continued going, was pretty amazing. I think it’s all the friends, my friends and family, that were involved, and, and being successful for them. It’s a gift. 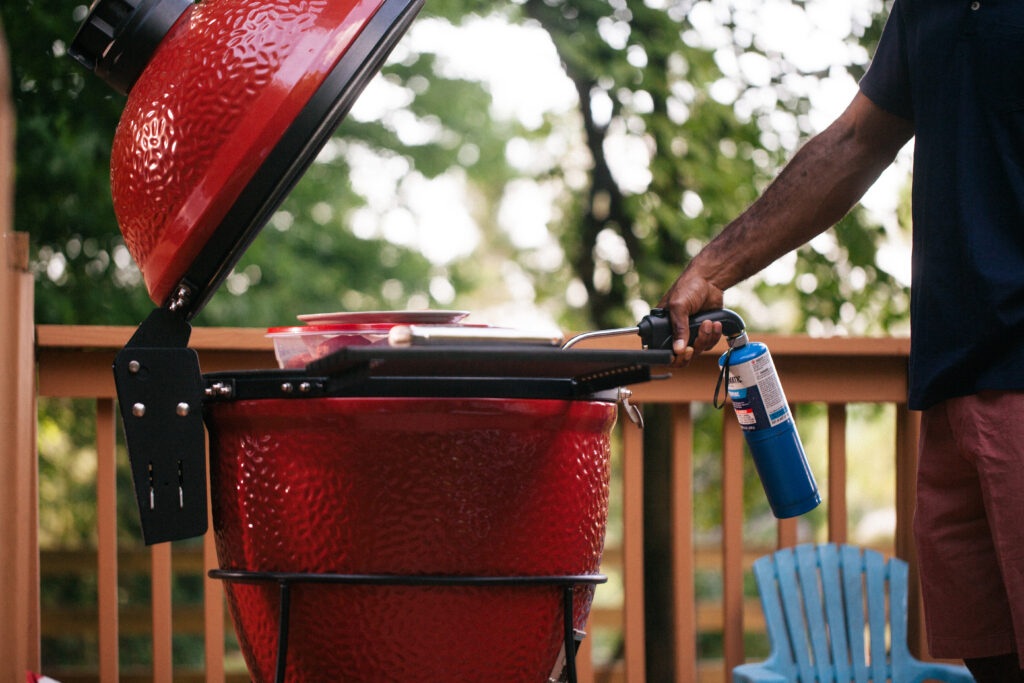 How did you end up in the entrepreneurial space?

Oh, that’s funny. So, back when I was 12 years old, we lived near the great dismal swamp in eastern North Carolina. And I bottled swamp water and labeled it, and sold it as great dismal swamp water at a local festival. I think the tagline was “Looks like tea, tastes like Cypress“ or something, but I sold a bunch of them, and it was kind of fun. I also had a sort of corporation while, when I was in college and sold T-shirts, ended up in a lawsuit with Anheuser Busch over trademark infringement which we won. It went all the way to the US Supreme Court. So, I’ve started several businesses over time. I love it. I love being in control, love the challenge, love the people you meet, and the things you learn. So, I’ve always been an entrepreneur from the beginning, or maybe even from the lemonade stand.

What’s one of the most important lessons that you’ve learned as an entrepreneur as a businessman?

You know, it’s a Jimmy V quote. “Don’t give up.” I mean you keep rolling; you keep going. You have to be persistent. You have to move through all of the negativity that people have around you. Even some of my close friends when I brought the concept out there, thought that it would never work. I knew it would work.

So, I think that once you have a vision, and once you have a plan, you’ve got to stick with it and you’ve got to keep going. And eventually, if you visualize it, I think it will, it will happen. You do have to find help. You have to bring in people that you trust around you and experts around you that can help you in certain fields that you don’t necessarily understand.

What advice would you give to somebody who’s looking at crowdfunding as a way to test the market before launching via e-commerce?

After I’ve done it twice with the same product, I think it’s an incredible way to test the market and to raise funds. We originally ordered 1,000 units, and by raising backer funds, we were able to go in and up that order to 5,000 units. So, I think that crowdfunding is a really fantastic way to start a business, especially if you don’t have a tremendous amount of money in your bank account.

Is there anything that I have not asked you about your journey or any wisdom you would like to impart?