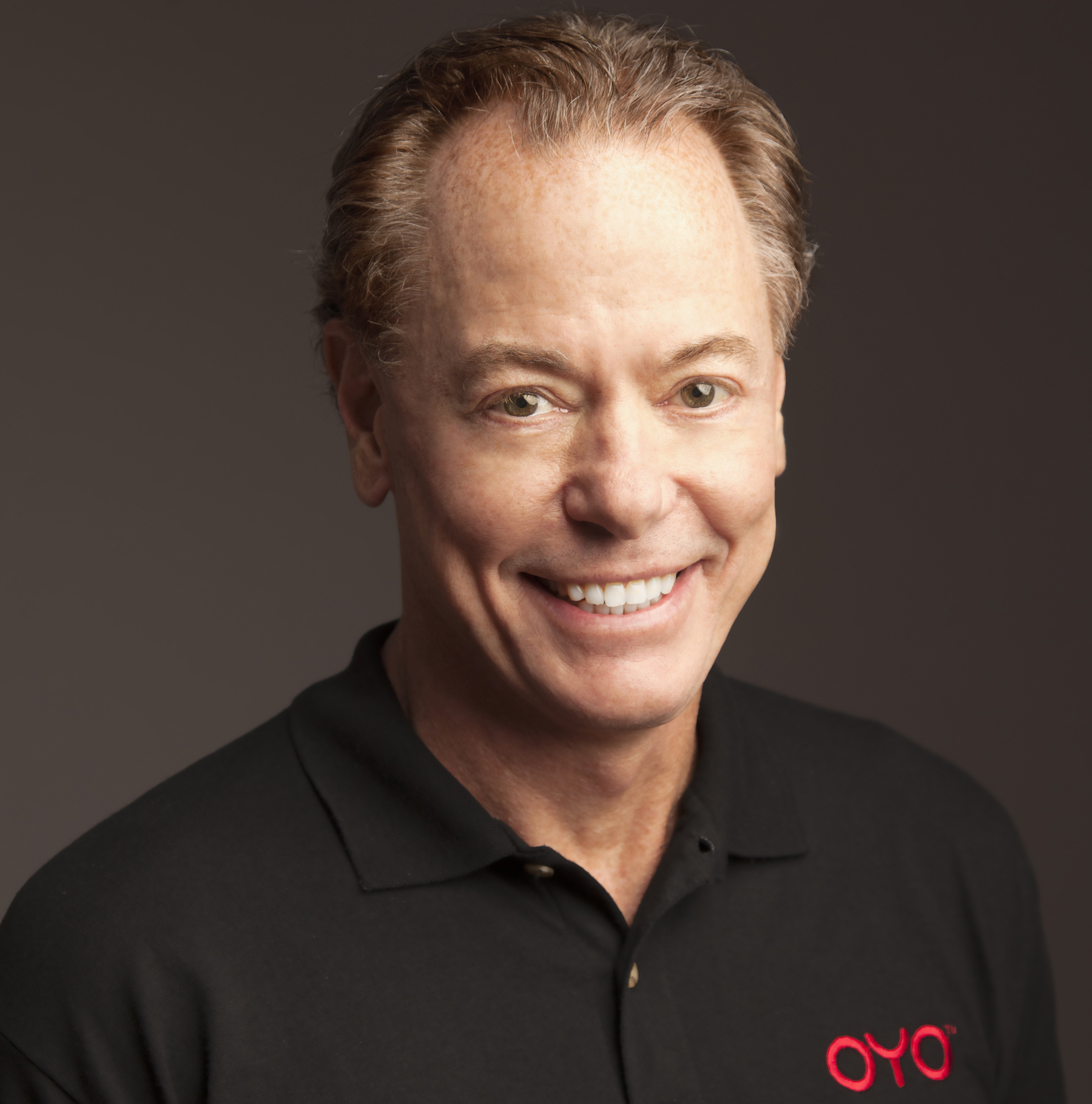 “It’s unusual to take something from A to Z, and I must have developed 100 different products to the level of design development, and maybe 40 of them into prototypes, and then a handful that actually went to the marketplace.”

In this series, “Celebrating Success,” Enventys Partners interviews innovators and entrepreneurs who’ve walked the journey of taking a product from idea to reality. This week, Paul Francis, inventor of the SpiraFlex resistance technology, talks about how his innovation helped a NASA program counteract astronaut bone and muscle loss caused by zero gravity. For over 10 years, 50 International Space Station crew members have kept in shape using the groundbreaking technology he created. Today, the SpiraFlex technology is licensed to Nautilus Inc. and has become the Bowflex Revolution. Since his days with NASA, Francis founded OYO Fitness, creators of at-home and on-the-go fitness equipment that incorporates the SpiraFlex technology.

Read on for Paul Francis’ incredible journey from a humble product dreamer to a successful business owner.

Thank you for joining us. When you look back on the journey that you’ve taken as an entrepreneur before you became a household name, what stands out to you about your journey?

Oh gosh, I guess I started out as an architect and saw that the rewards I was looking for weren’t available. If you design a building once, you get paid once and then you start from scratch. So I thought about looking into designing a product, mass-producing it, and maybe getting paid every time someone decides that it’s something that would help their lives.

It was a long journey as an inventor. I look back and have a laugh at the early times when I would go around with my ideas and talk about them. Whether I was talking to development people or potential partners, I got laughed at a lot and rejected and ignored. All I can say to potential entrepreneurs is that it’s like Edison said—it’s 99% perspiration and 1% inspiration. You really have to be persistent to eventually be successful.

What were some of those early ideas that got you laughed at?

The first was a portable security device that I called “The Buddy System.” It had an alarm you’d carry with you, and if you were attacked, you’d pull a pin and a light and buzzer would go off. When you traveled, you could also hook it over a door in your hotel room and it had a smoke detector.

That was really my first invention. I invested a lot of time and effort in the beginning and I was laughed at. It was tough to find anyone to work with me to develop a prototype. It never did get to market, but I did license it to Conair—it was a success in that way. I got to work with a big company, but we ran into unforeseen problems. For example, we needed an atomic energy commission license to manufacture the smoke detector because there was a small radioactive part in there.

There are lots of ways to get knocked off your course when you’re making something new so it’s unusual to take something from A to Z. I must have developed 100 different products to the level of design development, and maybe 40 of them became prototypes. When it was all said and done, only a handful actually went to the marketplace.

Let’s talk about OYO Fitness. Tell me about that story.

It started out as I was trying to develop a portable exercise device. I prototyped these biases that used steel power springs and I had different configurations of them. I was testing them, and they started breaking at 10,000 cycles. So I thought, “Can I come up with a torsion spring, a steel torsion spring that would last longer?”

I came up with a design that would use a proprietary elastomer compound in a spiral shape. It could rotate and create rotational resistance. That evolved into putting it into individual “packs” and loading them like a weight plate machine. We found that it had a 10-to-one power ratio making it very lightweight. So I started working on that.

Then I saw an article in the Kansas City Star about Shannon Lucid coming back from the Mir space station. This was years before the International Space Station, and she’d lost a lot of bone and muscle mass and they had to carry her off the shuttle on a stretcher.

I learned in an article that astronauts lose muscle in space just like someone would in a sedentary lifestyle on Earth. When your body weighs zero, you don’t get any resistance on it. And scientists were discovering that resistive exercise was key to long-term health in space.

So, I contacted the chief medical director of NASA and got a meeting with them. During that lunch, a few engineers came in and pulled on the prototype. The next day they called and said, “Can you come back in 48 hours and make a full presentation?” I get to NASA Administration Building 1 and go up the elevator and there are 60 people in a conference room sitting three-deep around a table. They were finishing with the international space station and needed countermeasure in place before that first crew arrived.

At the end of the first meeting, they said, “Yeah, we think we want to fly this up there.” They started funding me to develop different levels of prototypes. We finally achieved the design that we thought could fly and it was called the iRED: interim resistive exercise device. They flew it in 2000 and put it up on the station with the first crew. Astronaut Bill Shepherd messaged down to Houston that the weight room was open. It was in space for 10 years as the countermeasure for motor muscle degradation.

That success with NASA allowed me to revisit a number of the big fitness companies that I had been talking to. Bowflex was interested. At the time, they’d just purchased Nautilus Incorporated and changed their name. Their patents were running out on the original Bowflex, so we made a  deal, and I licensed the Bowflex Revolution and SpiraFlex technology to Nautilus. They launched the Bowflex Revolution back in 2007, and they’ve done more than $260 million in sales on that product.

So, I decided to miniaturize the technology and come out with a more affordable exercise device that anyone could use. Anywhere, anytime. That’s what led me to the OYO Personal Gym, which became a top-10 seller on Amazon for home gyms. But people wanted more resistance, so we developed NOVA gym.

Like we’d done with the personal gym, we launched NOVA on Kickstarter with the help of Enventys Partners and another agency. It became the highest crowdfunded fitness product in history. 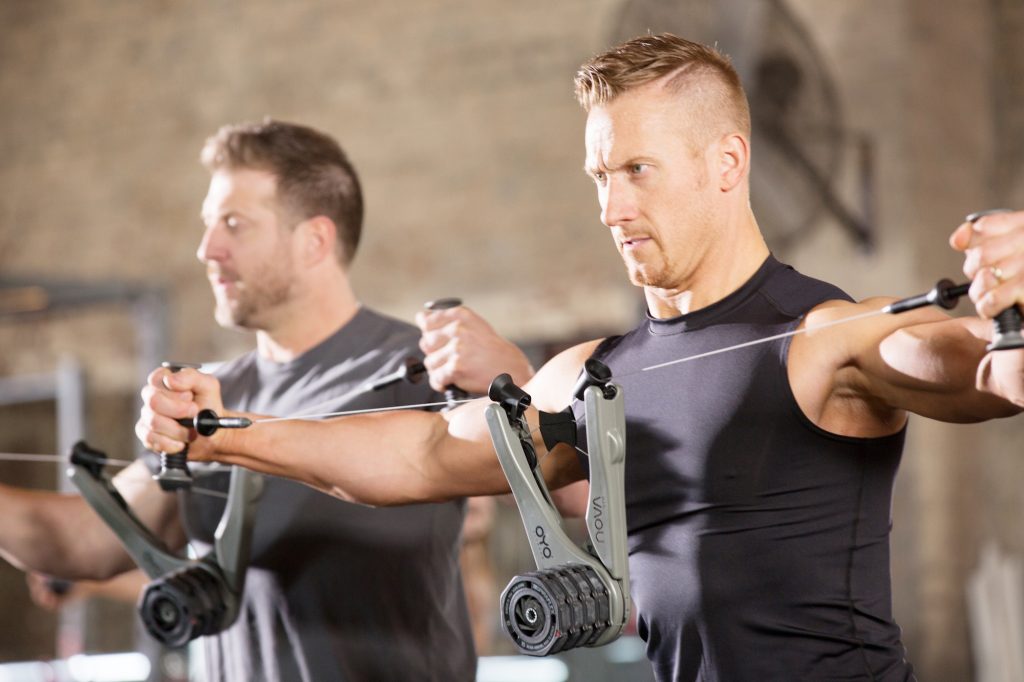 Were there any moments where you had insecurities or thoughts of, “Oh my gosh, what am I doing?”

Oh yeah. We had only a few people working on this project in Kansas City, and we were surprised that NASA would put that kind of responsibility into such a new idea. We were a small group of people who had really never developed anything like this before, but each time we delivered more than they were asking of us. And it was good technology. It was what they needed.

It was fun, too—to visit the Johnson Space Center with a pass that would get us into any building. We could walk around and play with the toys, the space shuttle simulator. They took us in a hyperbaric chamber up to 25,000 feet. As you’re getting hypoxia, and you’re feeling like you’re going to pass out, you’re supposed to put on an oxygen mask. But there’s this unwritten rule that the last one to put it on “wins the game.” So it was me and one of their folks, and she beat me by a few seconds. But it was fun. Growing up, I watched John Glenn do the first orbital launch out of Cape Canaveral and was always an enthusiast for space flight.

Was that the most gratifying part of your journey, or does another moment stand out?

I guess I really knew that I had a successful product when I was at a restaurant having a bite to eat watching the Packers on TV in a playoff game. Brett Favre was the quarterback and they cut to a Bowflex Revolution infomercial with Favre selling my product. That was a “WOW” moment.

What do you wish you would have known before you started this journey?

When you’re an entrepreneur, the best thing is that you don’t know what you have to do to get there. So you stumble along and you keep making mistakes and pushing ahead and hopefully you finally achieve some of your goals. If you knew everything, how much time and effort it was going to take, you might not go ahead with it. So, just start hiking up that mountain and don’t turn back. Keep climbing to the top.

What advice would you give an innovator who is just starting out?

Test your ideas and see which ones truly have market viability, can be manufactured, and are within the realm of reality. Once you know which ideas have the best potential, protect them with patents and trademarks and then go full force. Each step of the way, keep pushing to that next level. If you have a passion for it, sooner or later, you’ll be successful.

Would you use crowdfunding to launch another product?

Yeah, crowdfunding is a fantastic way to introduce a new product. Big companies really can’t do it because they wouldn’t be accepted, but we’re still small enough to where I think we can do another crowdfunded project. 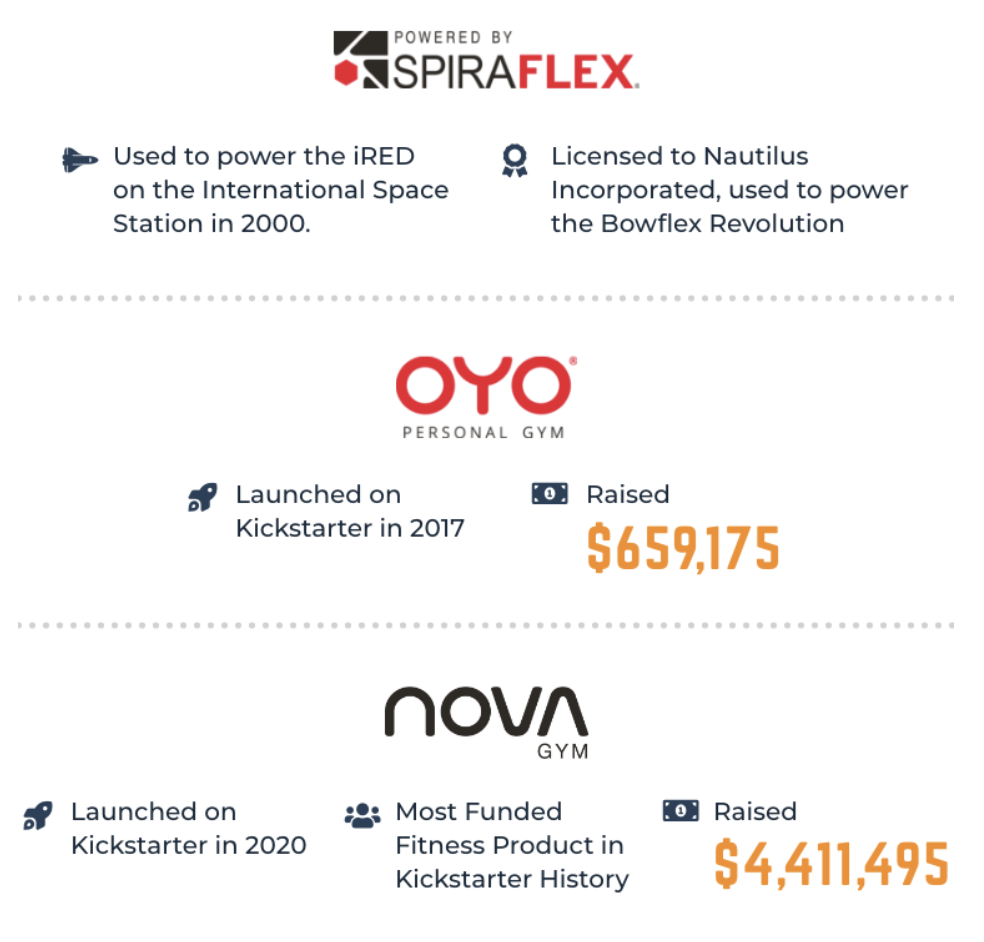 When I started out, we didn’t even have fax machines or computers. We had typewriters. So marketing, and the idea of developing your ideas, was a lot harder. Today, you’ve got the internet, where you can be sitting in your own apartment and create your products. You can go to Kickstarter and Indiegogo and show your product and see if people want to fund you and take it into reality. Technology and the internet have changed the way you can come up with ideas, sell them and be successful. I’m just fortunate that I’m around to participate in all of this. 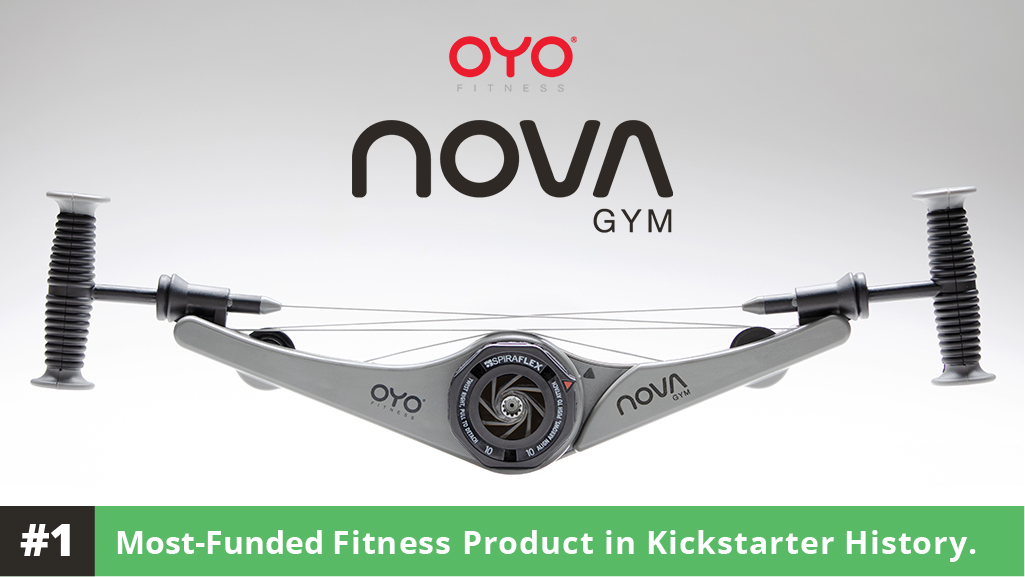 Enventys Partners could not have achieved the business success we have without our clients. As we celebrate 20 years in business, we’re grateful to the clients who trusted us to be a part of their journeys. We’d love to partner with you too. If you’re looking to bring an idea to life, connect with us.