The team at SPEEDSSD needed assistance funding their high-capacity, high-speed stick drive. After hearing about our advertising expertise in the crowdfunding industry, the client sought us to help grow their backer base. With a funding goal of $5,000, we were tasked with driving qualified traffic to their Kickstarter page through Facebook ads and the ProductHype newsletter. 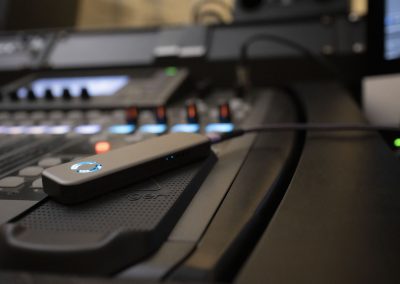 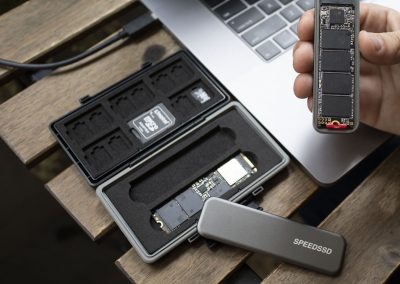 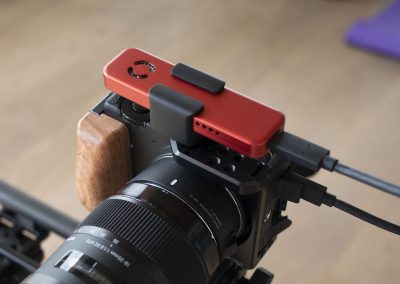 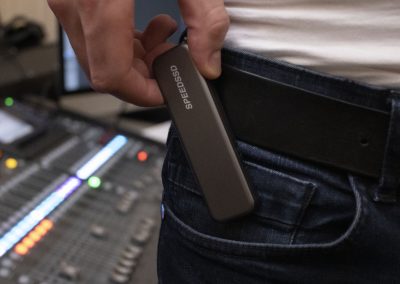 With a funding goal of $5,000, Enventys Partners was tasked with driving qualified traffic to SPEEDSSD’s Kickstarter campaign through Facebook ads and the ProductHype newsletter. 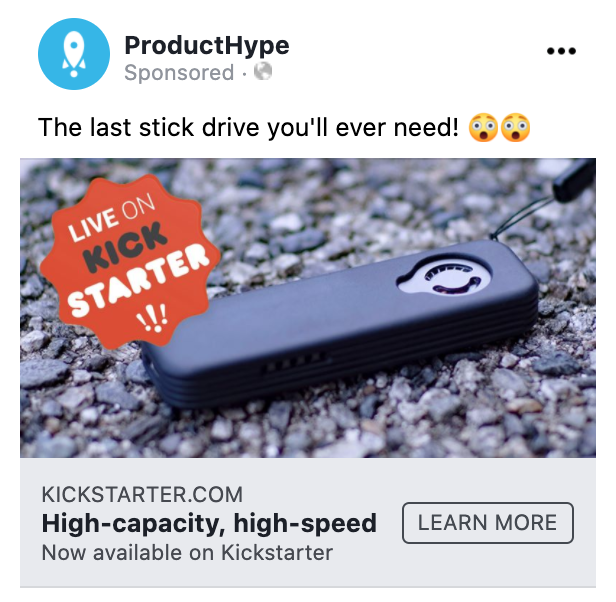 Enventys Partners began deploying marketing tactics right as SPEEDSSD’s Kickstarter campaign launched. After researching the product and market, we determined that our target audience would be individuals with dual interests in Kickstarter and office supply technology. From here, we filtered our internal backer list, and then later the lookalike audiences, down to those who fit this profile.

Since SPEEDSSD’s incredibly complex functions couldn’t be illustrated through media, our team relied on the ads’ text to attract backers. Enventys Partners chose to use short, benefit-focused copy, rather than a message regarding technical features, in order to capture both high-level and beginner-level, tech-inclined audiences. Leaving the techy details to be explained by the Kickstarter page, itself, our team painted with a broad stroke, making sure the ad messages were familiar to everybody and incite a curiosity to click. Emojis were also used in the ad copy to add a level of relatability as well as evoke strong emotion from the reader.

Enventys Partners tested a few sets of copy with a variety of images to determine the best ad to show through the majority of SPEEDSSD’s Kickstarter campaign. Our team presented the ads through a couple of different Facebook pages, some with the theme of “Best Kickstarter Products” in various industries, like tech and design. We found that showing ads through 3rd party pages, as opposed to SPEEDSSD’s Facebook account, would attract the most attention. The ads were shown not only on users’ Facebook and Instagram’s news feeds but also through both platform’s stories and Facebook messenger.

In addition to our advertising efforts, Enventys Partners included SPEEDSSD in a ProductHype newsletter, a weekly showcase of noteworthy Kickstarter products.