The team at Ohsnap approached Enventys Partners to support their crowdfunding campaign for a super-thin, all-in-one phone handle, stand, and magnet called the Ohsnap Grip. Confident in their decision to work with us, the client looked to our advertising expertise to grow their backer community. Since this was the brand’s second campaign, Ohsnap was able to launch with an established following in tow. 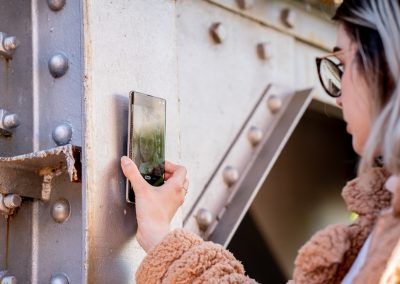 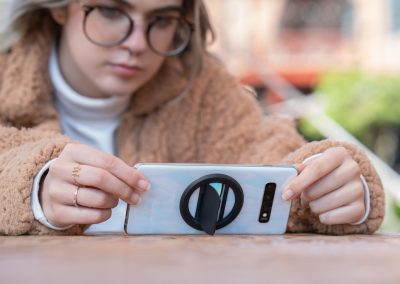 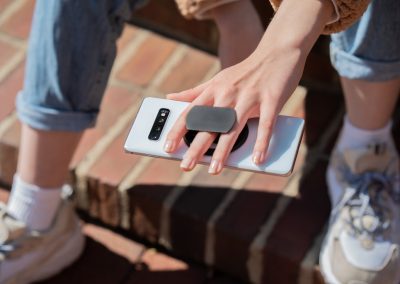 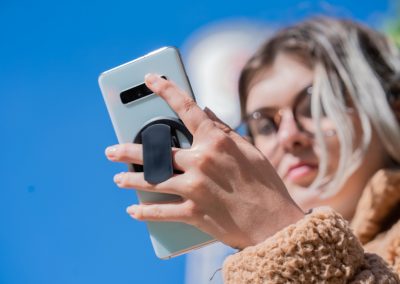 The client was so happy with the results from the Product Hype newsletter that they requested Ohsnap Grip to be in a second feature.

Our approach to marketing their crowdfunding project was to drive high-quality traffic to Ohsnap’s Kickstarter page through Facebook ads, YouTube ads and two features in the Product Hype newsletter.

Enventys Partners targeted Facebook segments derived from our past backer lists as well as lookalike audiences. We targeted audiences with interests in tech and smartphone accessories, which were almost identical to those of Supercalla. When testing various ad types, we found that carousel ads not only worked better than still images but also, proved to be among the top three best performing ads in the entire Ohsnap campaign.

Rather than utilizing standard traffic campaigns, which optimizes based on ad clicks, our team deployed Facebook Purchase campaigns because it’s proven to yield more conversions. This more-accurate approach optimizes based on the exact conversion desired, i.e., purchase events in Kickstarter, rather than mere ad clicks, which doesn’t always result in conversions. To achieve this, our team ran an automated survey that included a pixel to track purchase data whenever someone backed Ohsnap. Since it’s not possible to add pixels to Kickstarter pages, the survey allowed us to attribute conversions to specific ads and identify other users who are likely to purchase.

Our YouTube ads, which were made from impactful snippets of the Ohsnap Kickstarter video, were served in several formats including skippable, non-skippable and bumper.

Finally, our last marketing effort, the Product Hype newsletter feature, generated so much funding, that the client wanted to be featured in another newsletter. The second time, however, exclusively showcased Ohsnap, instead of displaying it alongside other products.

Reaching their funding goal of $10,000 within one hour, it’s no surprise that Ohsnap Grip accumulated a large amount of support throughout the course of their Kickstarter campaign. Enventys Partners contributed to this success by maintaining between four and five ROAS as well as raised $39,836 from both Product Hype newsletters. By the end of the campaign, 27,493 backers raised 12200% of the funding goal, capping out at an astounding $1,220,034.