Which Crowdfunding Platform Do I Choose For My Product? 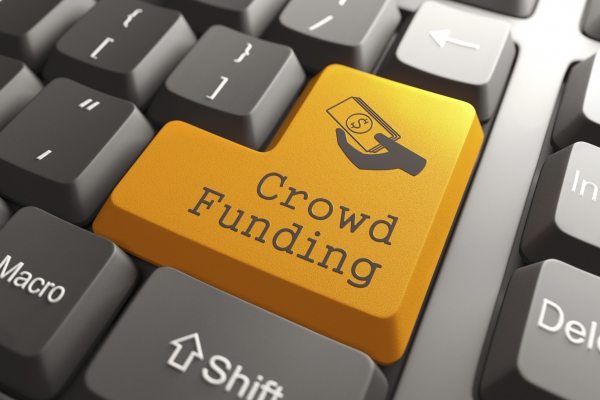 Crowdfunding has become the go-to form of raising money for startup projects over the span of the last few years. With the quick ascension of Kickstarter and success stories like that of the Pebble Watch or Veronica Mars Movie, creators across the glob …

Crowdfunding has become the go-to form of raising money for startup projects over the span of the last few years. With the quick ascension of Kickstarter and success stories like that of the Pebble Watch or Veronica Mars Movie, creators across the globe are quickly looking to host their projects online in order to secure funding. Unfortunately, the recent boom in crowdfunding has left creators scratching their heads when attempting to choose the right platform. To the uninitiated or inexperienced, the amount of choices can be overwhelming and can often lead to inaction or, even worse, an unsuccessful campaign.

Below is a summary of a few of the popular crowdfunding platforms along with the inherent strengths and weaknesses of hosting your project on each site.

Kickstarter is, of course, the popular choice. Since being founded in 2009, Kickstarter has quickly become the unquestioned leader in crowdfunding, raising over $1 billion from backers to successfully fund nearly 60,000 different projects.

Kickstarter’s quick ascension to the top of the crowdfunding world can be attributed to their rigorous admissions process, project curation, and their “all-or-nothing” setup. Unfortunately, this leads to many projects not making the cut.

Projects Kickstarter will not allow include, but are not limited to:

Being the unquestioned leader in crowdfunding doesn’t mean Kickstarter isn’t without its drawbacks. With thousands of projects looking to be crowdfunded daily, Kickstarter has had to limit the pool from which to select future campaigns. As it stands now, Kickstarter only accepts projects from the United States, United Kingdom, Canada, Australia, New Zealand and the Netherlands. Projects originating from other countries aren’t exempt from Kickstarter, their creators just need to have a business registered in one of the aforementioned countries.

In order to maintain the quality of projects they are known for hosting, Kickstarter’s guidelines are slightly more strict than those of its contemporaries. However, with the gap between Kickstarter and its competitors, it still remains the first choice for nearly all campaigns. Unfortunately, if your project falls under one of the aforementioned prohibited categories or you don’t have a business registered in one of the aforementioned countries, Kickstarter just isn’t the crowdfunding medium for you.

That doesn’t mean all hope is lost. The beauty of the internet age is that we’re constantly presented a multitude of options. There are a number of other platforms with a far less rigorous application process.

Indiegogo, founded in 2007, has a much more leniant acceptance policy. On Indiegogo, charitable endeavors and personal interest projects are just as easily accepted as projects funding the creation of mobile apps or other tangible items.

Another key difference between the two major platforms is in their fees. Indiegogo takes a 4% cut of the profits from successful fixed funding campaigns, while Kickstarter takes a 5% cut. If a fixed funding project doesn’t fund, neither platform charges a fee. However, for those who have opted for Indiegogo’s flexible funding, the 4% cut for successful projects remains unchanged yet unsuccessful projects will incur a 9% fee.

Indiegogo doesn’t offer site statistics to the public, but a recent article by the Verge claimed that less than 10% of Indiegogo projects reached their funding goals, much lower than the 44% success rate of Kickstarter. Further, nearly 80% of projects listed on Indiegogo fail to raise more than a quarter of their goal. These figures are likely skewed by the Indiegogo’s flexible funding option, as projects that don’t reach their goals can still be considered “successes”.

If your project doesn’t meet the criteria for Kickstarter or you’re finding yourself leaning towards flexible funding, Indiegogo is certainly the platform for you.

Although Kickstarter and Indiegogo are the clear-cut titans of the crowdfunding world, there are a number of other options available to those with more specialized goals or projects.

Patreon is decidedly different than Kickstarter or Indiegogo in terms of setup. While Kickstarter and Indiegogo set a limit on their campaigns and deliver donated funds in a lump sum, Patreon lets creators list open-ended campaigns, collecting their funding either monthly or by each creation.

Patreon allows backers, called “patrons”, to pledge monthly amounts to be automatically debited from their accounts to fund their favorite ongoing projects.

Patreon is geared more toward projects that offer a regular or semi-regular product (blog posts, YouTube videos, and podcasts). Nearly half of the projects currently listed on Patreon are YouTube-related, while writing projects account for the next largest percentage (21%). The remaining projects are divided almost evenly between podcasts and webcomics.

Targeting a much more focused market than its competition, Patreon still garners a respectable amount of native traffic. With over 2 million page views during the month of March, a 70% increase from the previous month, projects on Patreon are reaching a wider audience as the buzz around the website builds.

If your project requires distribution of a regularly scheduled product, Patreon is likely the best way to get it funded as your earning potential could conceivably be greater than what you would see from Kickstarter or Indiegogo. At $7, the average pledge per creation on Patreon is only one-tenth of the average Kickstarter donation, yet Patreon’s unique “pay by creation” funding concept means that creators could conceivably earn an unlimited amount of money from each pledge. Many projects on Patreon distribute content multiple times per month which means more money each time they produce something. In essence, having patrons back your creation on Patreon is like having a job: you get paid for the work you do, every time you do it.

Determining which platform fits your project best can be the difference between a successful campaign and an unsuccessful one. Understanding the strengths and weaknesses of each site and choosing the one that fits your product best goes a long way in helping your campaign reach its maximum potential.

Things change rapidly in the world of crowdfunding. This includes the platforms that power it. We constantly revisit the topic of “which platform is the right one?” For our most recent post, we compared Kickstarter vs Indiegogo head to head.