What the Social Media “Buy” Buttons Mean for You 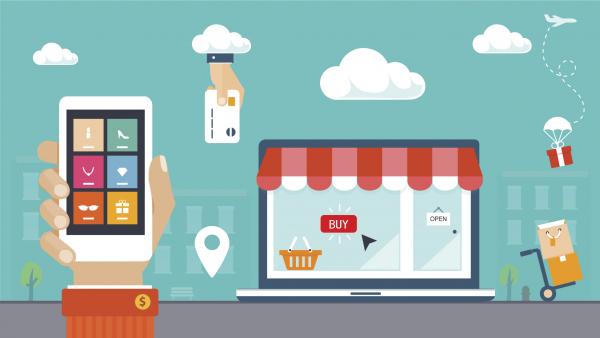 For years, companies have seen the value of buying ads on social media. In fact, Ryan Holmes, Hootsuite CEO, says, “Social media will replace other, more traditional forms of advertising to become one of the most highly prioritized.” Now, some companie …

For years, companies have seen the value of buying ads on social media. In fact, Ryan Holmes, Hootsuite CEO, says, “Social media will replace other, more traditional forms of advertising to become one of the most highly prioritized.” Now, some companies are teaming up with social media platforms and taking it a step further by placing a “buy” button directly on the ad so you can buy the product right from your social media home page. With the rise of the “buy” button on social media advertisements, the real question is: Will social commerce soon take priority over traditional e-commerce?

Twitter, Facebook, Instagram, and Pinterest have all been trying to break into the social commerce arena in the last year. One of the main reasons this form of advertising would be very beneficial to small- and medium-sized businesses is because it would help eliminate abandoned transactions because the customer wouldn’t have to leave their current webpage. Abandoned transactions occur when a consumer goes to buy a product and backs out for any number of reasons including broken links, incorrect links, and slow loading times. Social commerce is even faster now that credit cards can be saved on computers and phones; consumers don’t even have to take their wallets out for online shopping.

The first step to getting on the social commerce train is figuring out on which social platform you want to sell. The obvious first thought would be Facebook because of its popularity, or Instagram because of how visually-oriented it is. However, the platform that has shown the most success in social commerce is Pinterest. The #1 variable in this social commerce concept is the consumer’s’ willingness to buy. People do not log onto Facebook or Instagram with the intention to buy something. However, when someone logs onto Pinterest, they are looking to get inspired by home décor, an outfit, technology, or DIY projects. In fact, one of the biggest complaints about Pinterest was the frustration of not being able to find the product they loved; this “buy” button concept eliminates that frustration.

Social media platforms are still trying to figure out what works and what doesn’t as social commerce is still in its early phases. But with mobile commerce representing 30% of e-commerce, it’s not a matter of if social commerce will take off, but rather when. As the owner of a small- to medium-sized business, it would be wise to go ahead and start planning for the future implementation of these “buy” advertisements; you will be thankful you did.

The key to implementing social commerce into your business and ad budget is to hop on the train early. By doing this, you will be ahead of the game and able to figure out what works and what doesn’t for your business before competitors do.