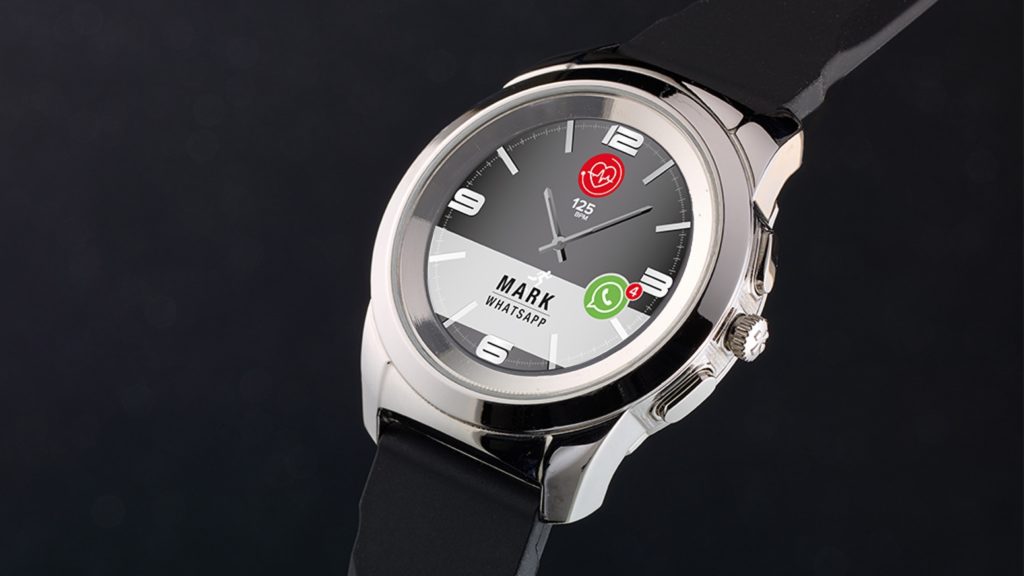 In the first six months of 2017, many tech and design concepts launched on Kickstarter and have raised enough money to enable the project creators to bring their products to the consumer market. Out of those, a handful have been phenomenal successes. Below are a few of the tech and design products that outperformed all the rest.

In the first six months of 2017, many tech and design concepts launched on Kickstarter and have raised enough money to enable the project creators to bring their products to the consumer market. Out of those, a handful have been phenomenal successes. Below are a few of the tech and design products that outperformed all the rest.

Designed in Switzerland by MyKronoz, ZeTime is described as the “perfect always-on” smartwatch. This watch is a hybrid, meaning it combines traditional mechanical hands with advanced smartwatch features. As a bonus, MyKronoz claims that the watch will work up to 30 days days on a single charge. The campaign sought $50,000, but ended up raising well over $5 million through crowdfunding on Kickstarter.

A simple product designed to aid in achieving a good night’s rest without the use of medications struck a chord with Kickstarter backers earlier this year. The creators of “Gravity“, a therapeutic weighted blanket, sought to raise a mere $21,500; however, backers ended up contributing a whopping $4,729,263 to bring this idea to fruition.

Gone are the days of processing photos in a darkroom and crossing your fingers that the images were clear. Taking modern digital photography to the next level, Arsenal is described as the “world’s first intelligent assistant.” With the device, users can pair their DSLR or mirrorless camera with their smartphone. The app comes with dozens of valuable benefits for photographers, including the ability to stack pictures for perfect HDR images, no post-processing required.

Advertised as “the perfect roof top tent for travelers on the road”, this invention is a brilliant roof-top camping solution designed to fit on the top of most vehicles. It is certainly not cheap – the base option starts at $1,950 – but what it lacks in affordability it makes up for in convenience and features. Options include an annex room, awning, storage shelf, shoe rack, wind deflector and anti-theft locks.

A few Kickstarter campaigns already look like they will be at the top of this list at the end of the year. To date, Liberty + Wireless Earphones has received an incredible $1,540,000+ in pledges from more than 13,000 backers, equating to over 2,600 percent funded. There are still about three weeks left to go on the campaign!

The makers of the Smart Belt launched their first product in 2016. Kicking things up a notch with a new and improved belt, this second Kickstarter campaign sought just $5,000 in pledges. With a campaign that is still ongoing, they’ve raised more than $660,000.

If you have an idea or product already created that you would like to distribute to a wide, passionate audience, what are you waiting for? We can help you turn your dream or side project into a lucrative business. Want to learn how? Contact us today!

Curious about what projects have raised the most money on Indiegogo so far this year? We rounded up the top five here!