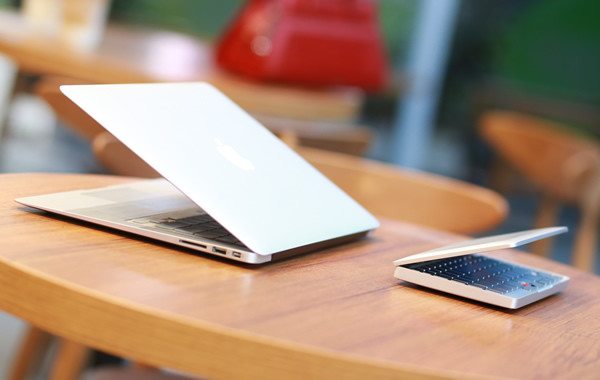 We’re already nearing the end of July! So far in 2017, we’ve seen many crowdfunding creators launch innovative new products. Here are some of our favorites.

It’s hard to believe the year is more than halfway over, but we’re already nearing the end of July! So far in 2017, we’ve seen many crowdfunding creators launch innovative new products and begin to bring them to life by raising funds on Kickstarter and Indiegogo.

A few weeks ago, we highlighted five projects that have raised the most money on Kickstarter so far this year, and this week, we’re giving Indiegogo the same treatment.

Note: For this blog post we looked only at projects on Indiegogo from start-to-finish, and left off projects that began on Kickstarter and then moved to Indiegogo InDemand upon their conclusion. Project totals noted below include the amount raised through the active campaign and through InDemand.

In February, GamePad Digital introduced the GPD Pocket, a 7-inch PC that fits in a pocket. With 8GB RAM and 128GB ROM, this project shot past its goal in seven hours, going on to raise over $3 million from more than 8,000 backers, making it the most-funded project on Indiegogo in 2017 thus far.

The Fuze Card launched on Indiegogo this Spring, and quickly raised $50,000 to hit its funding goal. This secure smart card holds up to 30 credit, debit and gift cards, making it so you can fit an entire wallet in one card. More than 13,000 people have backed this project on Indiegogo, making it the second highest project funded fully on Indiegogo so far in 2017.

The Mous team launched this project in late 2016, and by January 9, when the active campaign closed, they had raised 2780% of their initial goal. The team then took their campaign into Indiegogo InDemand, and have raised over $2 million! It’s easy to see why more than 40,000 people backed this campaign: these ultra-slim cases offer military-grade protection and are made out of materials such as marble, wood and kevlar.

If you’re a Legos fan or a Redditor, you probably saw this campaign floating around the Internet this Spring. Nimuno Loops is a flexible tape that lets you attach Legos and other toy building blocks to any surface. This campaign quickly blew past its $8,000 funding goal, in 16 hours, and an appearance on the front page of Reddit helped them hit the coveted million-dollar mark in just over a week. All told, over 40,000 Indiegogo backers came together to help this campaign raise over $1.6 million.

What makes the MATRIX PowerWatch unlike any other smartwatch? It’s powered by your body heat, so you never have to charge it. The team launched this campaign in late 2016, and by the time it closed on January 14, 2017, they had raised nearly $1.5 million. This watch tracks sleep, activity level and more, and you’ll know you’re getting the most accurate stats because you never have to take it off to charge.

If you’re interested in bringing a project to life on Indiegogo but aren’t sure where to start, get in touch with us today to request a quote.