The Importance of Being Liked 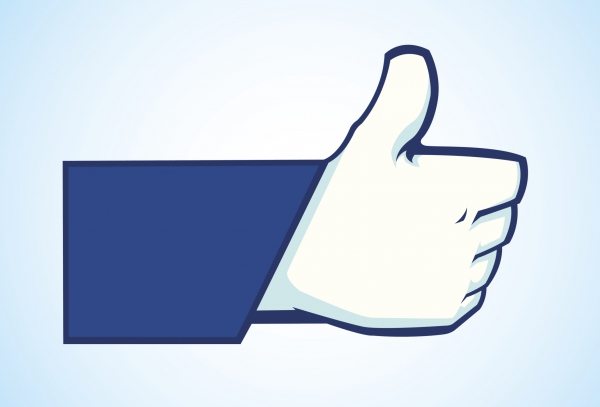 During that inevitably awkward period in high school where everything was at it’s most overly dramatic, Mom always said “It doesn’t matter who likes you, as long as you like you.”  Great advice for getting through a lonely Saturday night, but in the wo …

During that inevitably awkward period in high school where everything was at it’s most overly dramatic, Mom always said “It doesn’t matter who likes you, as long as you like you.”  Great advice for getting through a lonely Saturday night, but in the world of social media advertising, I’m afraid Mrs. K was wrong.

When you start to build toward your crowdfunding campaign launch, one of the most important facets is building your social media presence, and establishing an audience that will be there to support you when you are ready to go.  You start with friends, and they share with their friends, and you share updates and pictures with each other, and sure enough, your community starts to grow.  As the Likes rise, your social network spreads, and your chances for successful funding increase.  But beyond the advantage of word-of-mouth support, Likes also have an impact on your paid Facebook Advertising, especially their effectiveness.

When a person clicks the Like button, that means they’re interested in keeping up with you.  Because social media is all about keeping the conversation going, you’ll want to keep your page fresh with updates and pictures.  Engage with your audience, ask questions and respond to comments. By watching your Page Insights, you’ll be able to develop a feel for your core fanbase, and post material that they’ll embrace and share.

In addition, every time someone clicks that Like button, it hits their News Feed to let all of their friends know.  If they share an update from your page, it exposes your project to more people, and boosts your visibility across the board.  The chances to be exposed and gain Likes naturally is an excellent ongoing strategy, though typically it’s not a steady, regular flow.

It’s wonderful to watch a Page Like count grow organically through connections, but Facebook also allows you to create Ads that target specifically for Likes.

From here you can create ads that will target interests and behaviors that you want to attract. For example, if you’ve created an amazing new use for drone technology, you’ll probably want to target fans of similar technologies, media outlets that cover gadget advances, etc. By increasing your Likes with fans that actually have an interest, you’re starting relationships which could translate into funding support, increase your brand recognition, and find media outreach opportunities. In addition, people tend to feel inspired to stay in contact with project when they see lots of support in the form of Likes…everyone wants to sit with the popular kids.

One of the biggest mistakes you can make, however, is to buy Likes. There are hundreds of people out there willing to sell you thousands of Likes to your page, and while it initially seems tempting to boost your popularity quickly, it’s going to hurt you in the long run. Many times these Likes are coming from bogus pages that are set up en masse, and have very little filled out on their profiles; in some cases, the demographic information is almost identical except for the name.. If you look at your Page Insights, you’ll see that the country demographics will be obviously skewed toward regions that probably have no relation to your actual target audience.

Initially, this may seem like no big deal, because no one outside of a Page Admin will ever see where these Likes come from, but when you start to promote yourself, you’ll be spending money putting ads in front or profiles that will never act on them. In this case, you’ve also lost the ability to use your insights to target your ads to right areas; if you could see that you had substantially more fans in Hickory, NC, wouldn’t you want to spend more money on ads in that area, or perhaps set up a demo of your product there? Of course you would!  But because the true data has been overwritten by the bogus Likes, this information isn’t immediately apparent to the person who paid for their Likes.

In addition, one of the nice features of Facebook Ads is being able to create “Lookalike Audiences”, which can build a target list similar to the people who already Like your page. If Facebook builds an audience based on the bogus Likes, it only compounds the problem, and you are wasting money serving ads to people who simply don’t care.

When you’re comfortable that your social media reach is established and engaged, it’s time to start getting ready to launch your project to the world.  Facebook Ads again can help with your exposure, and the audience you’ve built is designed to support it.  When you build a campaign in Facebook ads, one of the options you have within an Ad Set is to target the people who already Like your page.

This is a great way to promote to people who are already fans of your page with a specific message or unique Reward special.  Conversely, you can also exclude people who are connected to your page if you are trying to get attention from a new audience with targeted messaging.

Just as with Organic Engagement, interaction on your paid advertising will boost the visibility of your brand. If someone comments on your ad, that feeds out into the News Feed.  If they love it enough, they’ll share it with their friends.  Plus, the more engagement Facebook sees on an ad, the more they’ll display it , and you’ll even end up paying less for it. This is another reason to be sure your ad is in front of the right people, targeted through the audience you’ve worked hard to curate.

While it would be wonderful to be Liked by everyone, sometimes you need to be Liked by the right people.   When you spend time finding and fostering your audience, you’ll be able to kick off a crowdfunding campaign with a host of fans ready to support you and spread the word.