The Greatest Crowdfunding Campaign of All Time 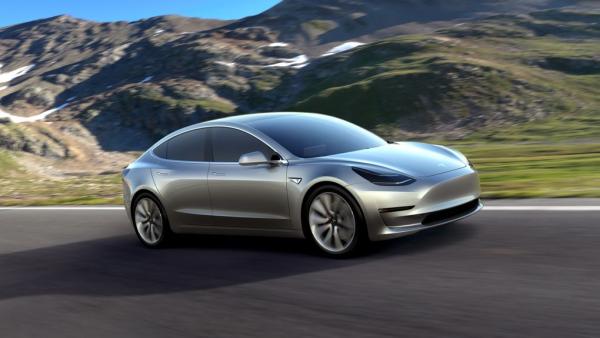 In July 2014, Elon Musk, founder and CEO of Tesla Motors, announced that a new $35,000 Tesla Model III will be released in 2017 in order to rival the BMW 3 Series. They then announced that on March 31, 2016 they would reveal the Model III to the public and start taking preorders. The one big catch with pre ordering a Tesla Model III was that in order to be one of the first to receive this highly-anticipated trailblazer, you had to put down a $1,000 deposit…before even seeing the car.

There were many naysayers who thought Tesla’s expectation of a $1,000 deposit without even seeing the Model III was going to be a mistake and ultimately cause the demise of the company, as the company reinvests all profits back into research and design. Tesla is the one who gets the last laugh in this debate- they received over 115,000 deposits before the car was even unveiled. By the end of the evening, more than 150,000 people put down deposits for the Tesla Model III, which grew to around 200,000 in the first 24 hours.

There are a few key takeaways from Tesla’s reveal that crowdfunders can use to improve their campaign and get more backers.

Have an Innovative Product

The Tesla Model III is the first of its kind; it’s a fully battery-powered luxury car without the luxury price tag. It can go from 0-60 mph in just 6 seconds and the battery allows it to go a minimum of 215 miles. When crowdfunding, your product needs to be equally as innovative as the Tesla Model III because people aren’t going to want to pay for a product and wait months for it to arrive when they can order the same thing on Amazon and have it arrive in 2 days. Make sure your product is so different from everything else on the market that it’s worth the wait.

Build Anticipation Before You Launch

Tesla announced in 2014 that they would introduce a new, affordable model in 2017. Then, to amp up excitement, they announced the big reveal of the car a year and a half later. Letting the excitement and anticipation build during the pre launch phase of your crowdfunding campaign is a good way to gain followers on social media and ultimately gain backers once your campaign is live.

Provide Incentive to Get Involved Early

Tesla gave their customers incentive to put down a deposit by giving the first preorders a $7,500 tax credit, making this affordable luxury, even more affordable. In a crowdfunding campaign, you need to give incentive in order to get followers as well as backers. By doing a giveaway during prelaunch, you are giving people incentive to give their email which in turn builds the list of people to notify when your campaign goes live. Once your campaign is live, offer a limited amount of a super early bird reward with a large discount. This will give this list of potential backers an incentive to back your project early.

While Tesla is not a small startup turning to crowdfunding to produce their product and gain a following, crowdfunders could seriously take some notes from Elon Musk’s book on how to successfully reveal a new product and overcome the naysayers.