Digital Media Experts: Stay Ahead of the Curve in 2014 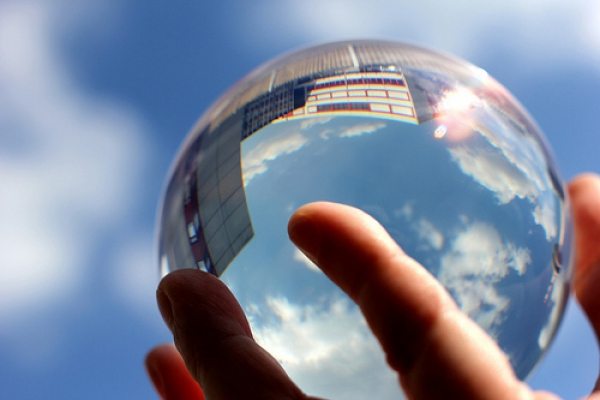 It’s no news that 2013 was a huge year for social media; Twitter launched its IPO, Facebook introduced hashtags, Vine and Snapchat bombarded the landscape and the SEC accepted social media as a means for public companies to disclose information, just t …

It’s no news that 2013 was a huge year for social media; Twitter launched its IPO, Facebook introduced hashtags, Vine and Snapchat bombarded the landscape and the SEC accepted social media as a means for public companies to disclose information, just to name a few. Since we’ve seen social media and other digital media exponentially explode over the last year, we can only assume that the digital world will be turned on its head in 2014.

With the new year quickly approaching, a few digital marketing agency experts at Enventys Partners have come up with our own predictions regarding digital media trends in the upcoming year.

I expect to see marketers continue to focus on mobile marketing by building authorship and audience through personalized experiences. Targeting consumers continues to become easier and aligning these technologies to create unique experiences for consumers will be critical to drive awareness. By delivering unique experiences custom to individual’s interests, marketers are going to continually need to deliver quality content that is audience-driven, not SEO-driven.

2014 will undoubtedly be the year of paid social media – with all of the big-hitters releasing IPOs, they now have an obligation to their shareholders to make the company profitable and show recurring, scaleable revenue. Already, we have seen Facebook downplay the organic reach of posts while simultaneously enhancing their advertising platform. LinkedIn and Twitter certainly aren’t far behind, and marketers would be keen to marry the content skills that made them organically successful with the advertising techniques that achieve their business goals.

I think we’re going to see more and more native advertising on social in 2014, as we’re seeing Facebook’s traditional right column ads and other ads alike slowly die. Social is beginning to merge with almost all aspects of our lives and I predict real-time marketing to become expected of companies as they incorporate it into live television, events and more in 2014. Consumers no longer come to you; it’s your job to go where they are, so I think we’re witnessing just the beginning of social customer service as well.

Social Media is a channel that still isn’t used to its full potential. 2013 gave us memorable moments like Oreo’s Super Bowl tweet and the WestJet Airlines Christmas Miracle, showing us the magic of social media. In 2014, I think there will be a rise in social media strategy but also more brands will start using social in real time. Whether it is participating or hosting tweet chats or using current events to plan social content, creativity and impromptu content will make the difference between engaging and boring brands in 2014.

I predict the continued rise of SnapChat. New SnapChat Stories allow short clips to live for 24 hours, and we’ll see this become a unique way for companies to market themselves while generating revenue for SnapChat. This could lead to a push from Facebook to occupy the same space, which offered $3 Billion to buy SnapChat earlier this year, especially since a study noted that teens 13-17 are favoring SnapChat and Twitter over Facebook.

I’m going to go out on a limb and say that the social media bubble will pop (or drastically deflate) before 2014 ends…especially for Facebook. Teenagers are leaving it in droves as it loses the college kid appeal of its early years (all the adults are on it now). There is also mounting evidence that FB continues to dilute the experience as they attempt squeeze as much revenue per user.

Don’t get me wrong, I still see FB as the largest, most used social media network for 2014. I just see the landscape becoming fragmented as less mainstream services like App.net or more targeted networks like LittleMonsters.com take more and more eyeballs away.

I believe Drupal 8’s arrival on the scene will significantly change the development landscape. Significant strides have been made to lower the barrier of entry for new developers by employing proven technologies from the larger PHP community such as modern OOP approaches and Symfony2 components. A greater push for rich applications as also been made with the inclusion of Backbone.js and Underscore.js.

At Enventys Partners, we’re committed to creating quality websites, and that trend will continue into 2014.

Minimalism is my friend and it should be yours too. I predict that in 2014 the web will continue to be simplified with flat design, single page websites, fixed headers and minimalism overall. We will also see more of responsive design, larger type and scrolling. Simple can go a long way. It’s all about end user experiences and achieving a high click through rate. These techniques focus on the important content and help comfortably direct the user in the right direction.