CES 2020 Recap: The Future of Tech and Beyond 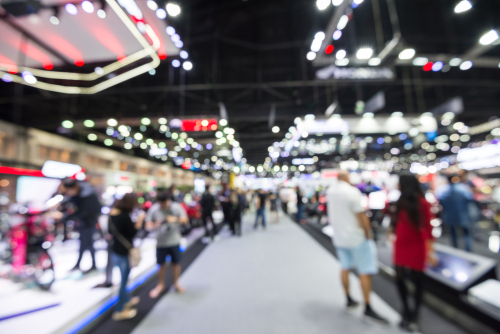 Last week, our team ventured to Las Vegas for the annual Consumer Electronics Show. After another successful year in Eureka Park and engaging with some of the most inspiring startups and entrepreneurs in the tech space, we’re more than excited about where the industry is going. See what our team had to say about their experience this year, as well as what they’re looking forward to in 2020.

Smart Technology for Decades to Come

For Eureka Park, CES to me was a showcase of what “smart” technology could be. Everyday tasks and appliances all had “smart” integrated into them. A lot of tools to help children learn STEM concepts were also present, as well as tools to help with emotional and physical wellbeing.

The bigger companies weren’t as focused on the technology of the next few years, and instead focused on a future that could be achieved in 15 – 20 years where a world of connected vehicles and appliances worked together to create a society. It was fascinating to see a fully fleshed-out vision of the future according to these industry leaders.

While I was there I encountered a range of smart home tech that is intended to improve your daily habits. Think smart mirrors, toothbrushes, bath mats, etc. Creators are starting to tackle the space where users rarely change their daily habits, but while using technology that can add value without disrupting users’ current day to day. The prevalence of government-backed startup areas continues to gain traction. Startups from France, Taiwan, Hong Kong, Korea, Israel, Holland and more were well organized and developing great things with tons of application to the western market.

Efficiency Continues to be the Name of the Smart Home Game

The biggest trend at CES was smart everything. Smart sliding glass doors, smart locks, even smart potatoes. We also had a range of clients in attendance who were contributing to the smart home movement. Another trend I noticed was kitchen gadgets that eliminate steps and come with pre-packaged, pre-measured ingredients. Keurig has come out with a mixed drink machine that works like their coffee machine. Other companies had similar devices for muffins, tea and more.

From a Smart Potato to the Anti-Technology Tech

There was a huge buzz around CES this year, and while some of it was around the greatest technology that exists today, there was one product that had everyone talking. It was an Indiegogo campaign for a “smart potato.” Yep, you heard that right. A smart potato that was competing with some of the greatest inventions and technology in the world. If you remember nothing from CES 2020, at least you’ll remember that potatoes have electrolytes and the world will stop at nothing to make everything “connected.”

On that note, I found it incredibly interesting that I stumbled upon a few tech products that were strictly dedicated to removing the effects of technology; specifically, a device called Umay that uses thermal meditation to reset the effects of screen time. I also met with a few companies who had developed children’s products but specifically noted that “not a lot of parents want their kids using screens”, so they had made that feature optional. So, I noticed that while technology is helpful in a lot of ways, my big questions for next year are “will we see more technology dedicated to removing the effects of screen time, or perhaps less screen-related features?” We’ll find out next year at CES 2021!

Smart TVs and Smart Tech Continue to Steal the Show

A common trend at CES was the acknowledgment of redundant smart devices, thus indicating an opportunity for disruption. Smart devices geared toward an aging population also appeared to be a developing trend. As usual, the new TV tech did not disappoint, with 8K and mini-LED seemingly becoming the new buzz words, while LG’s rollable TVs stole the show.

In the startup space, the biggest trend I noticed is that emerging technologies of the past few years are starting to filter down into real-world consumer applications. Increasingly, it seems to be the case that big companies develop the core tech, and then startups figure out how to apply it in practice. Building on the work of IBM and other big companies, startups are using AI to solve problems ranging from aftermarket vehicle collision avoidance systems, to data security, to miniaturized MRI machines and more. AR is also gaining steam fast. VR is mostly still used for gaming, but I saw AR tech being used a lot for athletic training, education, job training, and for gaming, as well. I’m expecting that to be a huge area for growth over the next few years.

IoT continues to be huge. There were the normal home security systems and Tile-esque object trackers, but there were more creative and innovative IoT projects as well. Think soccer balls, guitars, a bath mat, even a guy with a chip embedded in his skin — all utilizing their internet connectivity in vastly different ways. As sensors and batteries get better, connected devices are providing enormous amounts of information about practically everything.

Over the next few years, I’ll be interested to see if there’s a trend towards consolidating that information into fewer platforms/access points for end-users.

We also hosted our second-annual New Innovations in Consumer Electronics (NICE) Awards at CES this year. To be eligible, companies had to be new and innovative, focused on consumer technology, and exhibiting at CES. The companies and products that received a NICE Award were:  Hyper Lychee, Shifu, Square Off, Switchbot, Mateo, Espresso Displays, Luminook, Vivoo, Wayzn and The Yes Com.

As with every year, our team has come away from CES with a fervor for what’s to come in the tech space for 2020 and beyond.

Our product development, crowdfunding and ecommerce marketing teams all have exciting projects that play into the trends we’ve seen at CES and we’re ready to see what this year has to offer.

If you have a product of your own that you’d like to launch, we’d love to chat – get in touch today!