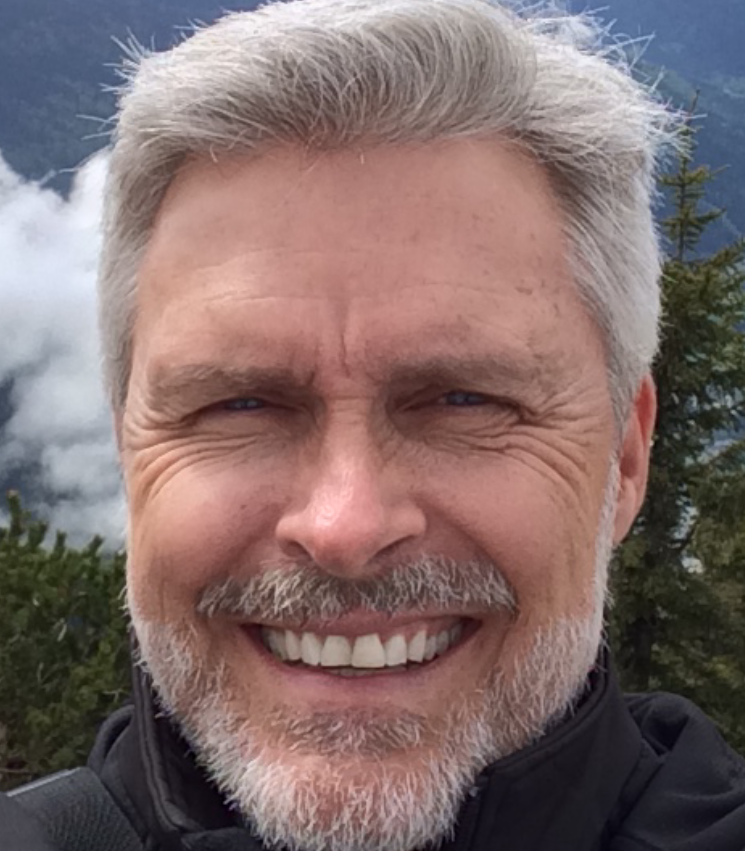 What made you think of the idea for what is now DorsiFLEX?

In my younger days, from 1980 to 1992, I was a world-class distance runner. In 1986, I was the 20th fastest steeplechaser in the world. In 1987, I developed bilateral plantar fasciitis in both feet. Nothing worked to help it. Being a mechanical engineer, I looked at the position my foot was in when it hurt the most and started stretching with the toes inclined upward and ankle angle minimized. It worked and not long after I was running again. I invented and patented DorsiFLEX in 1991.

That was 30 years ago so your success on Kickstarter didn’t happen overnight. You first reached out to Enventys Partners in 2012, right?

That’s right. I first met with Enventys Partners about the DorsiFLEX in 2012. We had the first prototypes in 2014 to see if they would work and resonate with anybody. We put out the proof-of-concept version in 2017. After a redesign, we started talking about a Kickstarter campaign to see what a crowdfunding effort might do.

We faced barriers that we had to climb over in order to make well-founded decisions and then see if those decisions actually have merit and pan out. We weren’t convinced and just didn’t know if DorsiFLEX would resonate. After doing a market test, we didn’t have the number of leads that everyone recommended having in order to have a successful Kickstarter. But I chose to, and we chose to, just pursue it and see what happens. 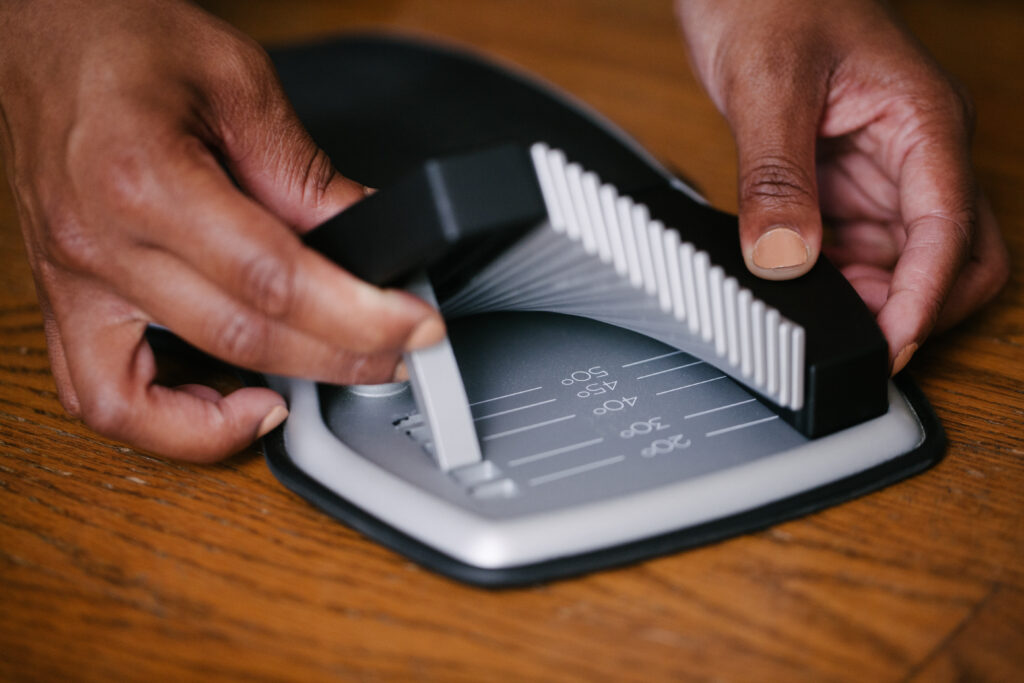 What played into that decision for you to pursue it and see what happens?

All along, I’ve said, ‘“I gotta know.” That’s been the underlying theme, privately between me and everyone involved, we’ve got to know. We came up with this idea, it seemed to be working really well, better than other things out there, so we’ve got to take this to its logical end. I just didn’t want to have any regrets.

So going back to that Kickstarter decision, we did the market validation and the market test and we didn’t have the number everyone said we should have. So, I wasn’t obligated to make them if I didn’t get a number that I felt was reasonable to go forward.

But the Kickstarter campaign would tell us if our message resonated with people out there, and it could allow me to quit with no regrets or keep going. That was really our ultimate “behind the scenes” decision making process. And so obviously we had a decent success and we’re continuing on.

Some people are more rooted in the analytics while others choose to trust their gut. What advice would you give to somebody, like yourself, if the market validation and market test numbers were indicating that they should move on from an idea?

That’s a tough one because entrepreneurship is all about tenacity, vision, hard work, grinding it out and luck. I had all of those and I had belief in what we had done.

Fortunately, we’d already done a proof-of-concept phase. We made the product back in 2017 and had it become available. So, from 2017 to 2020, we were test-driving the product with people out there to refine the look, refine the message and refine the performance. That’s a little odd, since a lot of people do a Kickstarter before they’ve ever even made their product. So I did have that background information to work with and the analytical data from that.

I am an analytical guy but you’ve also got to account for time already invested. Our view was, this was just a little bit more money, potentially dumped down the drain, that would allow me to get a concrete answer as to whether or not DorsiFLEX can be successful.

My question to anybody and everybody would be, “Do you believe in your product? And what kind of numbers do you have to substantiate that gut decision you’ve got to make?”

I wasn’t making my decision on a wing and a prayer. The four years of our proof-of-concept phase really helped in making our decision to move forward with the Kickstarter campaign. 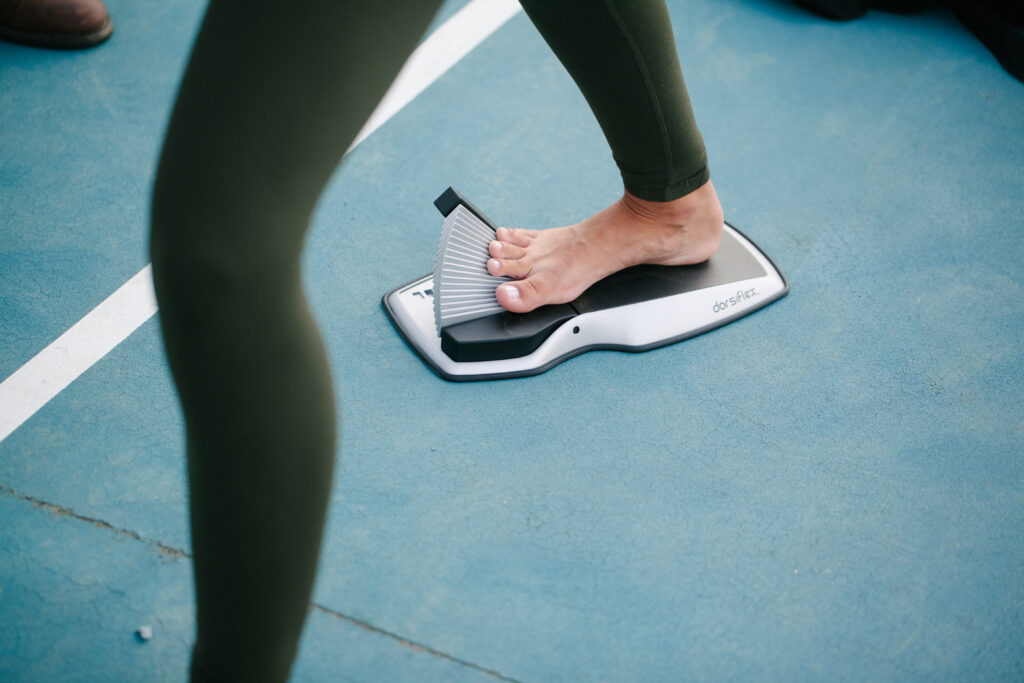 How did you, your co-founders and your team meet?

My co-founder, Steve Sims, purchased my original product that I made 30 years ago, which was really simple, relative to this one, and it helped him. And we became friends after that. In 2012, he called me up and said, “Hey you remember that idea? Let’s see what we can do with it.” Steve secured another guy on the patent, Cameron Bell.

I’m leading the charge for the most part now, they’ve faded away because there’s an awful lot of risk and finance involved at this stage.

Are there any specific moments of doubt throughout this process that stand out?

The entrepreneur, the inventor and anyone who’s starting their own business has to be prepared for the meteoric highs and the absolutely gut-wrenching lows. They’re going to occur and there are a lot of them.

The decision that we had to agree upon was the redesign. I enlisted the services of Enventys Partners to help redesign DorsiFLEX to make it lighter, much sleeker and less expensive to make with additional features. That was a big decision because that was a financial outlay with no guarantee of any kind of return. It’s just a direct, out-of-pocket cost.

There are lots of decisions along the way that evoke doubt. Most of them were financial. Some of them are design-related that could potentially have an impact on your finances. A decision to change the color, change the shape, change a performance feature, choose a marketing group, choose a crowdfunding platform, choose the materials of construction—all that stuff has an impact. Every decision you make, whether well founded or not, could be a fatally-flawed decision.

Why were you so passionate about seeing DorsiFLEX all the way through this process?

My underlying driver was that nobody should suffer from plantar fasciitis or Achilles tendonitis or calf problems. It makes your life absolutely miserable. It takes away from the joy of anything that you like doing. You can’t play golf, you can’t stand, you can’t walk, you can’t wake up in the morning, you can’t run, you can’t CrossFit, can’t play tennis. I suffered from it badly, in both feet.

No one should suffer like I suffered. We think we have a product that can keep people from suffering and want to see if we can help a great many people.

I also wanted to determine and confirm that our product really is one of the best ways to help people, if not the best. I’m not looking to make a zillion dollars. The goal was to establish a product and help people.

That’s what keeps driving it. It always seemed during the low times, I would get an email or response from somebody that said, “Thank you very much, you gave me my life back. You helped, I tried everything. I have a garbage can full of gimmicks and yours is the only thing that worked.”

Steve just turned 65, I’ll be 62 in a couple of weeks. So we’re not young chickens. And so we’re not we’re not doing this to make money, we just want to help people.

What would you say you attribute your success to date to?

Surrounding myself with some really good people and not trying to do it all myself. I attribute success to surrounding myself with a lot of people asking questions, taking in a lot of comments, opinions and the voice of the customer. And then disseminating all that information while working towards having a product that meets the needs of people. You can’t go it alone. No one has the skill set to go it alone.

Necessity is the mother of invention. I had a problem and I’m an opportunist and I saw an opportunity.

It’s just being deliberate and persistent, and having the tenacity, belief, the grit and the luck to just keep moving forward and making the best decisions you can along the way.

What do you wish you would have known before you started the journey of crowdfunding?

The technology. I’m not a technologically well-versed person. So that’s been the biggest thing, is just the mystery of the technology behind it all, that I don’t have the ability to fully comprehend. Again, that’s why you have to surround yourself with people who know what the heck they’re doing and have skill sets in that environment.

What’s next for Dorsiflex?

I have this obligation to roughly 1,000 people who bought DorsiFLEX. So we’ll fulfill that obligation and then get inventory here in the States to try to hit some sales numbers that allow this thing to scale greater.

We’ve got the design, now we need to get inventory, marketing, third party logistics to order, execute and survive the scale up portion of this endeavor.

I expect more of the same, just at a bigger scale. We started out not knowing how we were going to market DorsiFLEX and we were relatively successful over a four year period. Now we’re starting from scratch again. We’ve got a new product and need to scale it more than selling ten a month. We’ve got to sell 100 a month, or more. And how we go about doing that is going to be the key because I can satisfy the demand, I’ve just got to create more of it.

Is there anything else about your entrepreneurial journey to date that you’d like to add?

I just want to add that Enventys Partners has done an admirable job through all of this, which has been done during COVID. We’ve never had the opportunity to sit across the table and meet. You guys are helping me design a website now as I’ve transitioned to Indemand.

The final design of DorsiFlex was completed during COVID. It’s been a great experience with Enventys Partners. It’s that last word that is the really great part of this, it’s been the partnership we’ve had. Moving forward through all the different phases, delivering everything that I asked for and that we needed. I’m excited about the future. I’ve got a two year window to see if this thing scales up to the level that justifies continuing on and I’m excited.