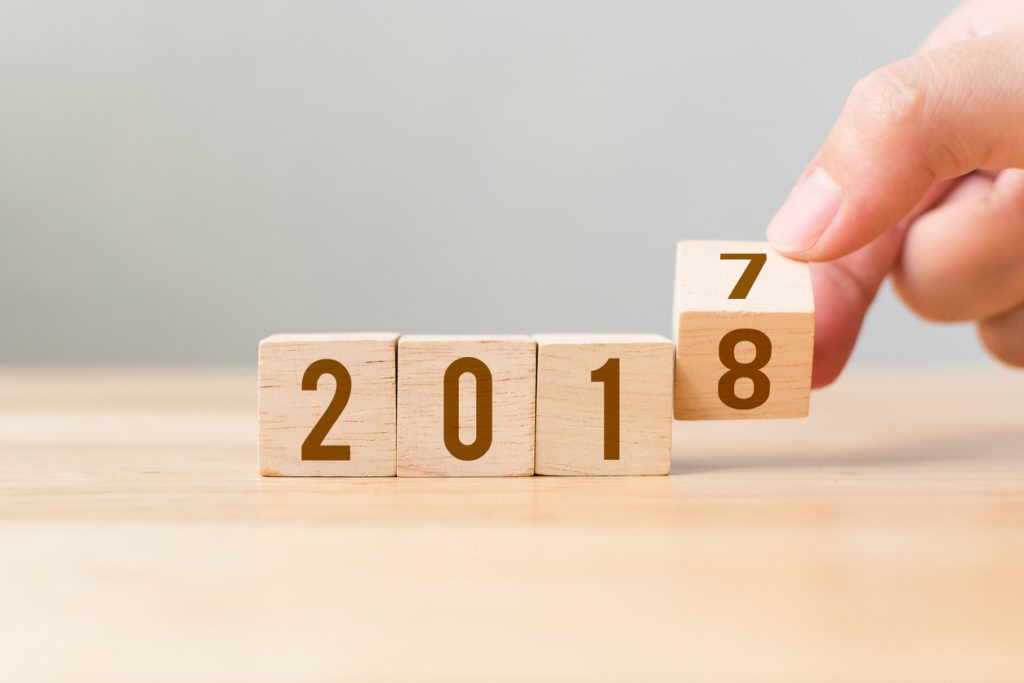 2017 was a big year for crowdfunding. So, what will 2018 look like? Eight of our crowdfunding experts weighed in with their predictions.

2017 was a big year for crowdfunding. The past 12 months saw many million dollar projects, such as Antonia Saint New York on Kickstarter and Sonic Soak on Indiegogo. Kickstarter celebrated its eighth birthday, surpassed $3 billion in pledges, introduced Commissions, relaunched Drip, celebrated past creators with Kickstarter Gold, and much more. Indiegogo introduced new resources such as Indiegogo for Entrepreneurs, launched the Indiegogo marketplace, anounced initial coin offerings and blockchain investments, and overall made the platform even more useful for a variety of entrepreneurs.

So, what will 2018 look like? Eight of our experts weighed in with their crowdfunding predictions for 2018!

10 years ago, crowdfunding emerged after the 2008 financial crisis in response to the difficulties faced by early-stage enterprises attempting to generate marketing traction and funding. Even a decade later, crowdfunding is still largely a developed-world phenomenon but its potential to ignite innovation and create jobs in the developing world has not gone unnoticed. More and more countries are embracing its potential, and the substantial reservoirs of untapped entrepreneurial talent are beginning to emerge daily. The World Bank has estimated that there are up to 344 million households in the developing world able to make small crowdfunding investments in community businesses. I predict that this trend will continue to grow and friends and families will continue to finance business ideas with crowdfunding’s online extension to access the capital and global reach of the community, or “the crowd”. Now, with the recent news of Indiegogo offering ICO options to startups, I look forward to seeing growing startups engage in this offering type to continue to grow their brand’s loyalty with their crowd.

I see two big trends coming up in 2018 – the growth of the enterprise in crowdfunding and the increasing need for product validation to keep consumer trust in crowdfunding.

Big companies are starting to see the value of launching their new products on crowdfunding as market validation, and the market is slowly beginning to accept this. There are still pockets of backers that will protest this move, declaring that crowdfunding is for the little guy and large companies either don’t need the money or are stealing the limelight of innovation from entrepreneurs, but this attitude is starting to soften. Indiegogo Enterprise already has large campaigns under their belt from big brands like GE, Hasbro and Motorola, and electronics giant Anker that raised over $1 million for their Capsule projector. This space is going to continue to grow as backers know that they can trust a big brand to deliver a quality product.

This dovetails nicely with a trend that I’ve seen for a few years that still hasn’t been completely solved: the need for backers to have high trust in the projects that they’re backing. More and more projects are being launched that are causing unrest in the backer community, including:

The big failures make headlines in the national news, which causes unrest about crowdfunding among the general public. There’s going to be a growing need for the platforms and third-party agencies to verify that a product is innovative, feasible and real in order to keep the trust in crowdfunding high enough that the medium continues to thrive.

I think in 2018 you’re going to continue to see a lot more product launches by creators with previously successful campaigns. The value of happy backers is extremely high and the creators who have successfully delivered high-quality products will want to take advantage of this asset to launch new products.

We have seen it with our clients like Coalatree; they raised nearly $425,000 earlier in 2017, then came back to close out the year with another successful project. An awesome example of a non-client is Peak-Design, who ran a five-day campaign and raised over $1 million.

I also think that we’ll see more augmented reality campaigns in 2018 as the technology and use cases start to expand.

With the first ICO on Indiegogo currently, I think 2018 will see more crypto-related projects jumping on the huge momentum caused by Bitcoin.

In 2018, we’re going to notice the death of PR’s direct influence over crowdfunding campaigns. Before you write PR off, hear me out…

In years past, PR could make or break a crowdfunding campaign. Placements in high profile media outlets were the holy grail and, I’m speaking broadly here, if your [tech] campaign wasn’t featured in one of those outlets, it would have taken moving heaven and earth to raise 6+ figures. The landscape has changed, and you should not bank off PR placement to drive your campaign’s funding. That’s not to say that PR isn’t good for your business, your brand, your product oryour campaign; it builds credibility and gets you the exposure you’re looking for. What’s important to understand is that your media outreach should be supplementary to your other promotional efforts – the ones that bring in the big bucks like paid advertising.

In 2018, we are going to see even more emphasis put on the pre-launch portion of the campaign. While it has always been helpful to have a list of email addresses to use for launch, we will see creators and their marketing teams try to improve the size and quality of that list, as well as understand purchase intent. In exchange for that information, creators should reward those future backers with significant discounts or other perks when they pre-order at launch.

Crowdfunding has matured significantly over the past few years. I’ve noticed that backers are developing a stronger voice on both Kickstarter and Indiegogo. As more and more projects go through the pipeline, we’re seeing an abundance of seasoned or veteran backers who are quick to both address concerns and the validity of some projects, as well as offer some exciting ideas and genuine feedback for project creators.

As someone who works within the crowdfunding space, I believe project creators are beginning to really utilize backers as a valuable asset. It’s important to remember that you’re not only selling something to consumers on these crowdfunding platforms, but you’re also building a community to rally around your big idea. With that being said, we’re seeing more project creators that are launching their second or third project on these crowdfunding platforms. Building these communities allow for more growth opportunities and the ability to successfully launch new products within the same product line.

In 2018, I think that we are going to see more and more crowdfunding campaigns across all industries launch with subscription models. Outside of crowdfunding we already know that companies who have adopted a subscription-based model are growing their revenue nine times faster than those with traditional business models. Crowdfunding trends follow closely behind consumer trends, so I think we will see many new companies launch their subscription services via Kickstarter and Indiegogo. We have already seen several successful crowdfunding campaigns that launched subscription services such as Thimble and Public Goods. This model allowed these brands to launch quickly, gather a huge customer base in less than 40 days, and then continue to make revenue for their products month over month! Though these may be small brands now, the viral success of product subscription services that began with a small launch, like Dollar Shave Club, prove that the sky is the limit for this revenue model.

I expect to see one overarching theme in the equity crowdfunding space in 2018: Growth.

The selection of companies in which you can invest will also grow in the coming months. It’s no longer simply technology companies – everything from startups in the medical science field to established breweries and restaurants are seeing success through equity crowdfunding. The key is simply finding the correct audience and platform, as well as nailing down messaging.

The biggest area of growth in equity crowdfunding, however, will be the investor pool. With the rise of Regulation A+ campaigns that allow anyone to invest in a company, not just accredited investors, startups can engage with their communities and allow them to own a piece of the company. I expect we’ll see more and more companies, both large and small, turn to equity crowdfunding to turn their most passionate customers into brand ambassadors.

I also hope to see the use of cryptocurrency in crowdfunding become more commonplace by the end of 2018, which will inspire even more people to get involved and invest in early stage companies through equity crowdfunding.