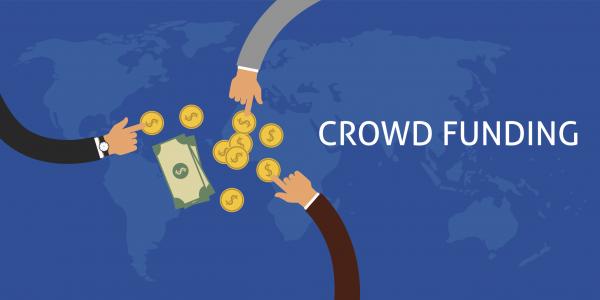 Know How to Clearly Explain What Your Project is and What Makes it Different With big name players like GoPro and Samsung entering the playing field, virtual reality is a topic that is increasingly trending in the tech space. However, anything relating …

With big name players like GoPro and Samsung entering the playing field, virtual reality is a topic that is increasingly trending in the tech space. However, anything relating to virtual reality can still seem very sci-fi and complex to the general population. Before you make any moves in your crowdfunding campaign you need to be sure that you have the messaging groundwork laid out. You need to be able to explain what your project is, how it is different from competitors and, most importantly, make it relatable to your target audience so that they are convinced this is something they need.

When starting a crowdfunding campaign for your VR-centered project, you also need to be sure you are aware of what exactly makes yours different from the rest. Maybe it is a few more frames per second, higher resolution or it could simply be that yours is aesthetically different from competitors. The key is to make sure people know your project is not just another tech project on another crowdfunding site.

Once you have that down, it’s important to set up a landing page to collect email addresses from people who are interested in your project. These email addresses are vital to every crowdfunding campaign because you can alert potential backers when the campaign is live. These emails can be collected from social media and advertisements enticing people to sign up with contests and giveaways. Click here to pick up some more tips for generating email sign-ups.

Public relations takes a lot of time and effort, but in the end, press can make or break your campaign’s success. Journalists like to have established relationships with PR professionals and companies because they get hundreds of pitches every day.

Since virtual reality is such a trending topic in the technology world, there are many journalists who have written about the subject repeatedly. It is important to do your research and find these people, rather than just pitching your project to every contact you can find- that is a good way to waste both your time and theirs. Plus, if you bug a reporter enough, you may even get blacklisted. This will mean that no reporter at that outlet ever receives your emails again, and your chances at a relationship with them are shot.

It is also important to focus not just on media outlets, but on industry influencers as well. The virtual reality industry is rife with people who may not write an article about your product, but one Tweet from them would have just as much impact. For a previous virtual reality project that I worked on for Enventys Partners, we were fortunate enough to garner John Carmack’s support. Sure he’s not a journalist, but one Tweet from the Oculus VR CTO drove just as much traffic as our mention in Mashable.

If PR really isn’t your thing, learn more about how we can help.

A video is the first thing potential backers see when they come to your campaign page. It is vital to include what makes your VR project different as well as action/lifestyle shots. Lifestyle shots can include all the ways your product can be used in several different locations, by several different demographics. Also, the video should be no longer than 2-3 minutes and should keep the viewer engaged with quick moving shots of your project.

Similar to the campaign video, there should be tons of graphics that catch the eye throughout the Kickstarter or Indiegogo page. Every section of the campaign page should include a graphic header, such as project features, specs, rewards and a timeline for your project’s creation. Below each header, there needs to be easy to understand graphics that go into even more detail, such as explaining use cases with icons, the things that make your project different, etc. Chances are high that your VR project is rather complex, so well-designed graphics are your chance to convey information in a simple and aesthetically-pleasing way. Another good way to catch a potential backer’s eye is to design a GIF that shows how your project works and what features it has that make it different.

Now, thinking of different video storylines can be difficult and not everyone has the graphic design bug, so if you have any questions or need some help, contact us.

It is no secret that social media is a vital part of our lives. Creating a social media profile on Facebook and Twitter will help your community grow and will also allow you to engage with your potential backers, give updates on the campaign and advertise to a target demographic through social media. It is important to post on all of your social media platforms just about every day and respond to your followers that comment to keep them engaged.

When creating ads, just like graphics, it is important to make sure they are visually appealing. You can use your campaign video and various compelling images to target an audience that would be interested in your VR project (you can choose an age range, demographic, people that like Oculus Rift, etc). Also, know your budget, as it is very easy to go over if one is not established and monitored.

Handling all of this can be time-consuming and confusing, there really is an art to it! So, if you are thinking you may need some assistance, be sure to get in touch with us.

Ready for the Adventure?

There are many different steps to take to make sure your virtual reality campaign is successful. It takes time, a lot of effort and thinking outside the box to stand out from the crowd