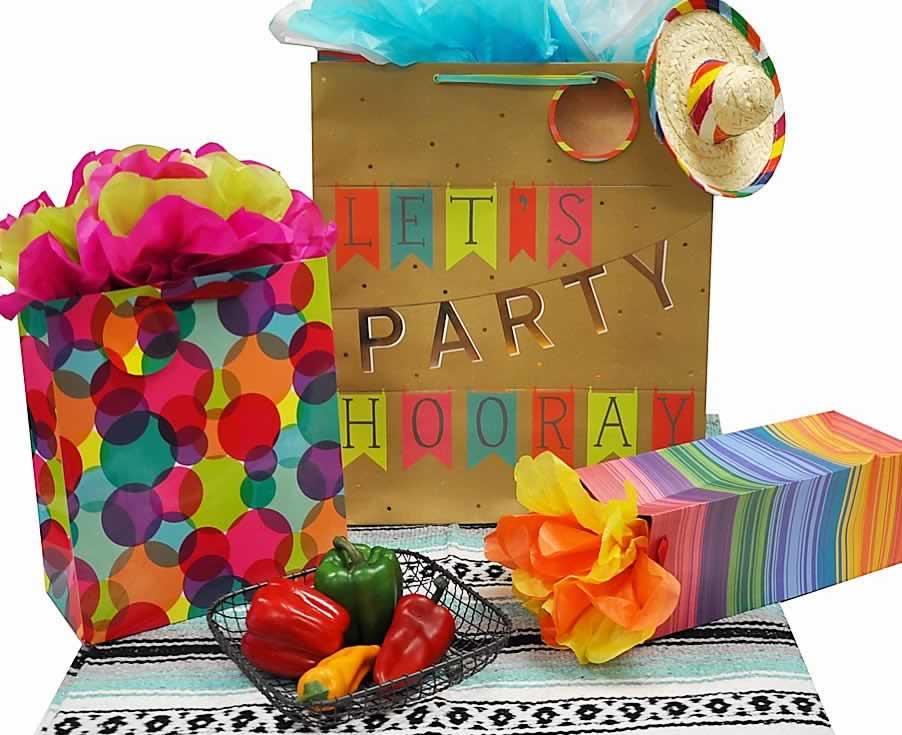 Erin Borges, entrepreneur and inventor of GoGo Gift Bags, discusses how she used social media to build her invention into a successful product and placed in major retailers that include Target and Bed Bath & Beyond.

“I created business pages for GoGo Gift Bags and then cross-posted between my personal page as well … the greatest source of ROI for me has been at industry trade shows.”
—Erin Borges

During my recent sit-down with Erin Borges, entrepreneur and inventor of GoGo Gift Bags, she discussed how she has used social media to build her invention into a successful product found in major retailers that include Target and Bed Bath & Beyond.

Tell me about GoGo Gift Bags. What inspired you to create them?

I wanted to create a gift bag that would be more efficient, create less waste, and save time and money—while looking more beautiful than what was already in the market. For me personally, as a busy mom, I am always on the go and would frequently find myself headed to a party but had to stop to pick up a gift and purchase a gift bag and tissue paper on the way. The cost was usually nearly double the price of the gift. So I wanted to create a better solution, and worked on perfecting a prototype that would include tissue paper built into the bag that would bloom across the top to conceal everything inside—a real all-in-one solution!

What was it like, to take this from an idea or concept to an actual product?

I worked hard on creating a prototype with the excess tissue paper and gift bags I had lying around at home. I worked on perfecting the built-in tissue design and then tested it on my husband. If he could bloom it, anyone could! It was at that point I researched patent attorneys and events that could showcase my product. The National Stationery Show in New York City was the perfect place to start, and Cooley was the intellectual property firm I chose to write my utility patent application. I sourced quotes from a few factories until I was satisfied with the result and then began the process to create packaging, obtain SKUs and establish a relationship with a freight forwarder.

At what point did you begin promoting the gift bags online or on social media?

As soon as the non-provisional (patent) application was filed, I began building my booth for the National Stationery Show in New York City. It was quite the adventure getting there, but I arrived with my best friend in tow and 500 samples in hand. I was nominated for best new product at the show and quickly created a buzz about a cool new gift bag that blooms! At the trade show, I met several big names in the stationery industry, but one stood out head and shoulders above the rest: IG Design Group. IG Design Group is a global leader in the stationery Industry, and I was elated to be in their headquarters just two weeks after the trade show. We discussed the opportunities that we provided each other and formed a partnership months later. After I partnered with IG Design Group and The LANG Companies in 2016, we launched the GoGo Gift Bag website and social media pages to begin sharing the new 2017 designs and where they could be purchased.

What initially prompted you to begin promoting the gift bags on social media?

Sometimes, all it takes is one person sharing with another person and then, the next thing you know, more people are talking about it. Social media is a great way to leverage meeting new people, sharing ideas and wonderful new products!

What social network/networks did you start with, and why did you choose to begin with those?

I started with Facebook and Instagram because it was what I was most familiar with, and because I have my own personal page, I knew I could cross-post and share between both my personal profile and GoGo Gift Bag pages. I also became more active in women’s groups on Facebook and found sharing there provided tremendous support, feedback and relationship-building.

How did you go about using social media to market your products?

I created business pages and then cross-posted between my personal page as well because I really wanted to share my story with my friends, family and followers. … It also provided a resource anyone can access just for product information.

Which social network has provided the most success?

I’d say the majority of the interaction has been through Facebook. I also decided to place my marketing dollars at key events rather than online, so the greatest source of ROI for me has been at industry trade shows. This year, I am expanding my efforts with a more elaborate social media campaign to educate the consumers on GoGo Gift Bag to generate awareness and demand for it in the mass market. I’m thrilled to have reached mass retail  (Target, Bed Bath & Beyond, Cost Plus World Market) in such a short amount of time, and now I’m focused on maintaining those accounts and gaining new ones domestically and overseas. With the new NFL, NBA, MLB, NHL and college designs coming out June 2018, it should be a year full of smashing goals.

How did you grow your platforms in the first year?

Engagement was a little slow at first, and that’s expected. I think what helped was sharing my personal story because it motivated other entrepreneurs and moms like me. And consistently engaging with my audience, letting them know about the new designs, launching on HSN and Target, meeting other entrepreneurs like Daymond John—you just have to keep sharing your story and what’s happening next.

What has been the biggest surprise for you as you use social media to promote your product?

I think the overwhelming amount of positive support for GoGo Gift Bags and seeing how many people wanted to help find them in Target stores and then share their story has been the biggest surprise.

What advice would you have for someone else looking to use social media to promote their invention?

Go for it! It’s a great way to connect with like-minded entrepreneurs and your target demographic. Try to find other groups or products or entrepreneurs to help build each other up across social media.

This article originally appeared in the May 2018 print edition of Inventors Digest.

We’ve successfully launched and sold hundreds of products online. See how our expertise can boost your online sales.
Work with us

Not quite ready to talk to our sales team? Just here to learn? Here are some of our most popular articles and resources on ecommerce: